Supporters call it the United States' most progressive climate policy. 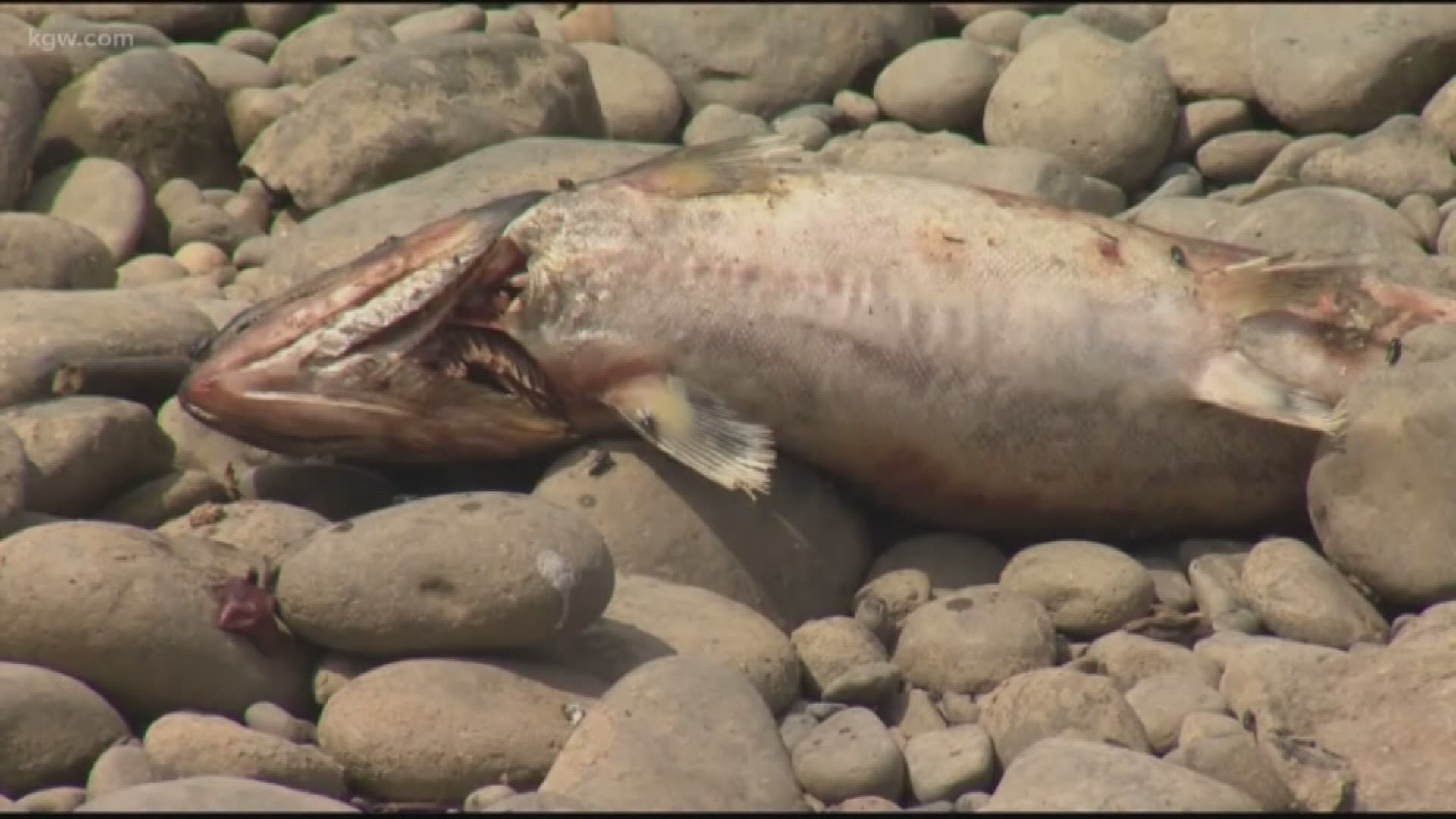 Editor's note: The video above is from November 2018

The program would put an overall limit on greenhouse gas emissions and auction off pollution "allowances" for each ton of carbon industries plan to emit. Only the state's largest polluters would be targeted.

Lawmakers voted 36-24 late Monday night after nearly six hours of debate, sending it to the Senate.

The Statehouse's minority Republicans blasted the plan, saying it would raise gas prices and cause businesses to move. They also say it would hurt rural economies that depend on the industries targeted under the legislation.

Rep. Karin Power is one of the Democrats behind the bill. She says the state is behind on its emission reduction goals and must take dramatic action to respond to climate change.

Gov. Kate Brown has said she would sign the bill.

Supporters call it the United States' most progressive climate policy, saying it not only cuts emissions but invests in transitioning the state economy and infrastructure to better prepare for more intense weather events as climate change worsens.

"We have an opportunity to invest a substantial amount into low-income communities off the backs of the 100 or so major polluters that caused this problem," said Shilpa Joshi, with the lobbying group Renew Oregon. Joshi has spent years working with dozens of organizations around the state to help shape the final legislation.

Though the program's approval is shaping up to be a sure bet, a decade's worth of baggage from California's cap-and-trade program has fractured support for the policy among environmental groups. Some question whether Oregon can truly meet its lofty emission goals and keep its promise to prioritize investments in low-income communities and Native American tribes' ability to prepare for a changing climate.

The division underscores a larger fight on the left over how to best tackle climate change, which scientists warn poses a global existential threat. Some progressives have balked at any solutions less than those outlined in the Green New Deal, a sweeping climate platform from U.S. Rep. Alexandria Ocasio Cortez that calls for the decarbonization of nearly every industry.

"Strong climate policy requires steep regulations on business and a total transformation of our current infrastructure," said Shawn Fleek with OPAL Environmental Justice, one of the main organizations on the left against the bill. "Cap and trade does none of that. Just like in California, Oregon's bill has instead turned into a Frankenstein's monster in handouts to industry."

Under a cap-and-trade program, the state puts an overall limit on emissions and auctions off pollution permits or "allowances" for each ton of carbon industries plan to emit. Only the largest polluters are targeted, and the idea is that as the emissions limit becomes stricter over time, it will be in industries' financial interest to switch to green technology. Oregon's program would begin in 2021, and the state wants to reduce emissions to 80% below 1990 levels by 2050.

Most of the money raised — estimated to total $550 million in the first year — would be used to fund a sweeping progressive platform that encourages further emission cuts and prioritizes investments in low-income and tribal communities' ability to respond to climate change.

"We're seeing the effects of climate really hammer people who can least afford it," said Rep. Karin Power, a Democrat from Milwaukie and one of two key lawmakers behind the bill.

The proposal also contains a $10 million investment to protect workers adversely affected by climate change policy, as some in transportation or manufacturing sector could face layoffs. The legislation provides unemployment benefits and pathways to clean energy jobs that, under the law, must provide competitive wages and benefits.

It's provisions like these that make the changes some of the country's most progressive, Joshi said.

"We are showing other states that it's not an impossible dream to hold big polluters accountable and use the funds to invest in clean energy and in our most vulnerable communities," she said.

Detractors on the left note Oregon's program, like California's, offers concessions to nearly every industry to dampen the potential financial impact. For the program's first few years, the state will cover a majority of pollution allowances for some industries, including natural gas and utilities companies. The fossil fuel industry is essentially the only one on the hook for paying the full price.

The plan gets mixed reviews from industries. While some, including Nike and Uber, have come out in favor of cap and trade, others from the logging and agricultural sector say it will lead to increased fuel prices, mass layoffs and shuttered businesses.

Stimson Lumber, west of Portland, laid off 60 sawmill workers in anticipation of cap and trade and other new taxes pursued by Democrats. CEO Andrew Miller said in a statement that rural and agricultural communities are paying the price for "Oregon's assault on businesses."

And opponents from both parties note cap and trade likely won't radically reduce emissions. While California's emissions have noticeably dropped since the state implemented its program less than a decade ago, only 20% of those reductions can be tied to cap and trade.

Dallas Burtraw, an economist with the think tank Resources for the Future who advises California's cap-and-trade program, said cap and trade is still the most efficient way to reduce emissions. High pricing is a powerful motivator in encouraging businesses to invest in green technology, something Burtraw said will set Oregon apart and possibly provide an economic boost.

California's program has added 2 million jobs and grown its GDP by $700 billion since taking effect in 2012. The nine northeastern states with a more limited cap-and-trade program saw $1.4 billion in net economic benefits and 14,500 new jobs from 2015 to 2017, according to a report from Analysis Group.

"These programs can cut emissions all while providing a more stable business environment that will attract new investors," Burtraw said.

For Sen. Michael Dembrow, the other main lawmaker behind Oregon's bill, the program is less about solving the global climate crisis and more about raising the money needed to prepare for a heating planet's worst effects.

"This is a worldwide problem, and if we hit businesses too hard with regulations, they'll simply move out of Oregon and pollute at the same rates somewhere else," the Portland Democrat said. "That solves nothing."