The new rules will restrict commercial and recreational salmon fishing in Washington, Oregon and California when Chinook salmon numbers are especially low. 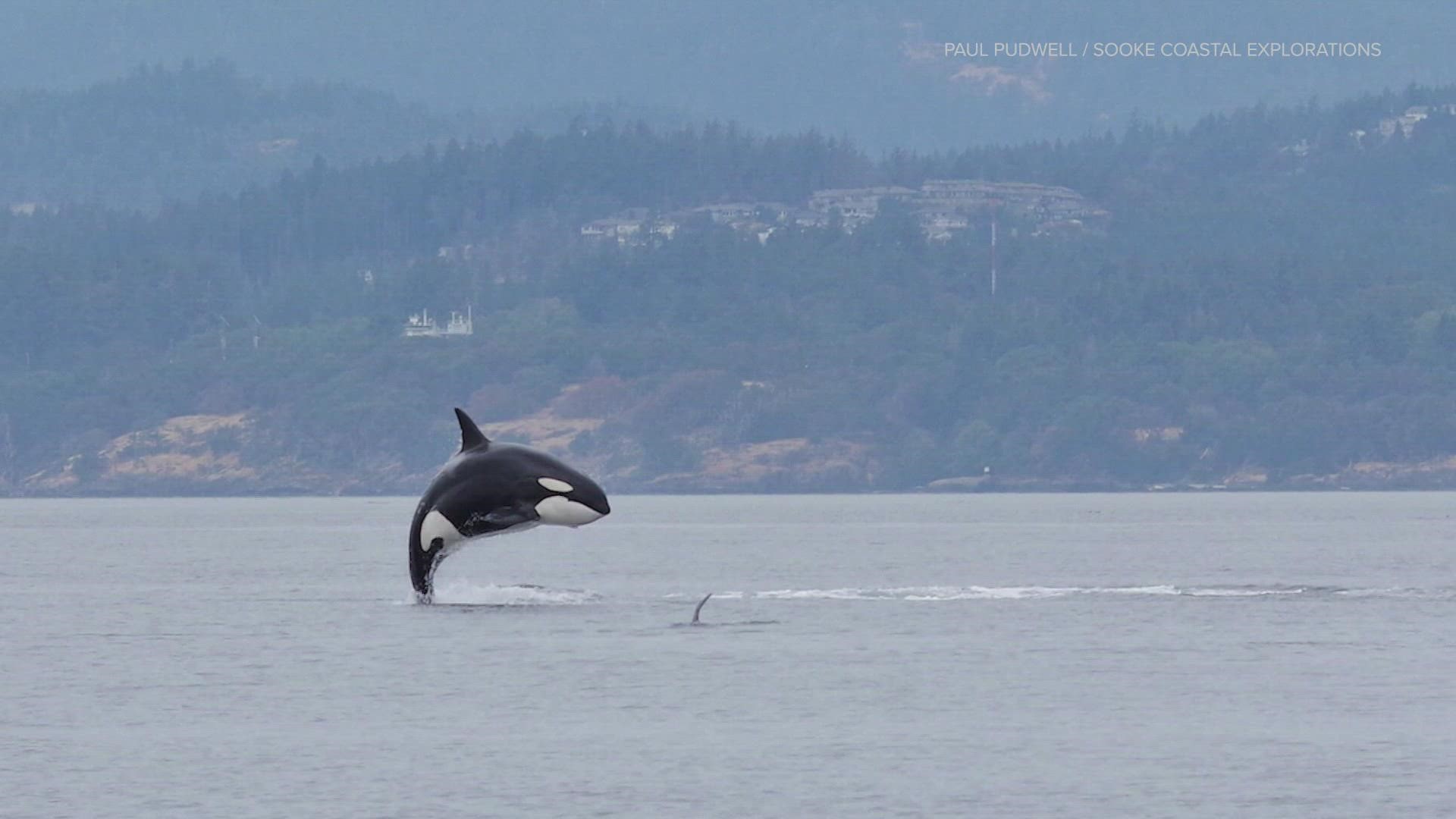 Federal officials have approved a plan that calls for cutting nontribal salmon fishing along the West Coast when the fish are needed to help the Northwest’s endangered killer whales.

It's one of the first times a federal agency has restricted hunting or fishing one species to benefit a predator that relies on it.

The Southern Resident killer whales — the endangered orcas that spend much of their time in the waters between Washington state and British Columbia — depend heavily on depleted runs of fatty Chinook. Recent research has affirmed how important Chinook are to the whales year-round, as they cruise the outer coast, and not just when they forage in Washington’s inland waters in the summertime.

The fishing restrictions would extend from Puget Sound in Washington to Monterey Bay in central California, and they would be triggered when fewer than 966,000 Chinook are forecast to return to Northwest rivers. The last time forecast Chinook returns were that low was in 2007.

The restrictions would include reducing fishing quotas north of Cape Falcon in Oregon; delaying the start of the ocean commercial troll fishery between Cape Falcon and Monterey Bay; closing parts of the Columbia River and Grays Harbor in Washington and the Klamath River and Monterey Bay to fishing much of the year.

There are 74 orcas in the three pods that make up the Southern Resident orca population. Three are pregnant, and given the high rate of failed pregnancies in the population, Washington state officials this week urged boaters to follow state laws on keeping their distance from the whales to give them space to feed and socialize.

The whales have in recent years been at their lowest numbers since the 1970s, when hundreds were captured — and dozens were kept — for aquarium display. Scientists warn the population is on the brink of extinction.