They have become known as the "Murder" hornets and can be up to two inches long and can slaughter a hive of bees in a matter of hours. 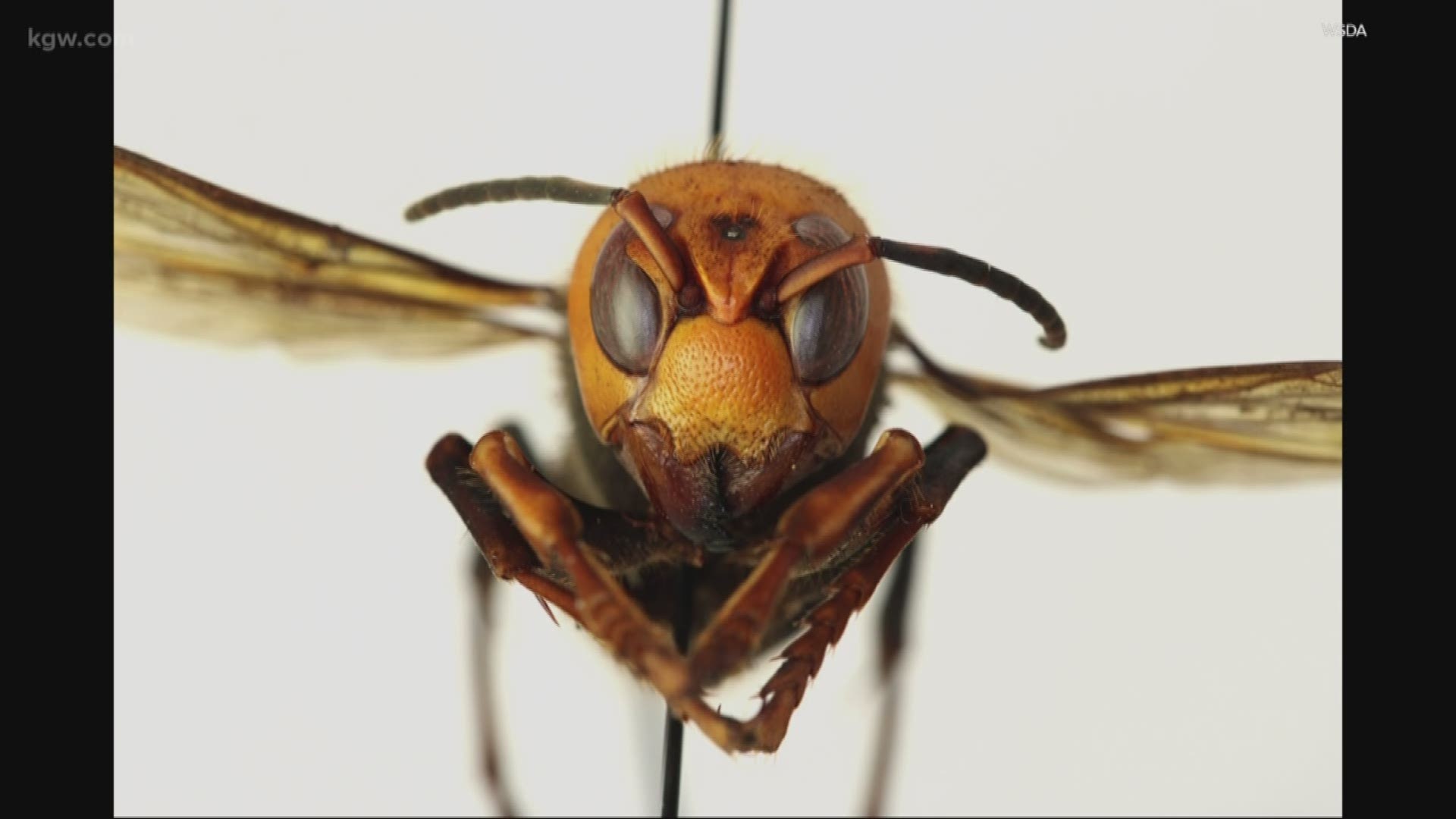 PORTLAND, Ore. — They have become known as the "Murder" hornets and can be up to two inches long and can slaughter a hive of bees in a matter of hours.

The Vespa Mandarinia, also known as the Asian giant hornet, is as nasty as it looks. Just ask beekeeper Ted McFall what happened to his beehive near Blaine, Washington.

"I showed up to what was a very healthy beehive and the heads were chopped up, the abdomens were cut," explained McFall. "Something had really just slaughtered the entire colony."

In an interview with KXL-FM, McFall said he made the discovery last November. A month later, he would learn the Asian giant hornet had been sighted in nearby Blaine, marking first ever sighting of the deadly invader in the U.S.

"That's when the light went on and I realized... that solved the mystery of what could have happened," McFall said.

Since then, the Washington Department of Agriculture has confirmed four sightings of the world's largest wasp in both Blaine and Bellingham.

Canada discovered it on Vancouver Island last year. There have been unconfirmed sightings all the way down into Portland.

The Oregon Department of Agriculture said there have been no verified sightings in Oregon.

"It is certainly something to be concerned about and to be watchful for," said Eric Lee-Mader, a pollinator conservation expert with the Xerces Society. He spent years studying the Asian giant hornet in Japan.

"This sort of an unprecedented situation to find it here on our shores," he said.

He added that if the hornet does become established in our area, there are ways to protect honey bee hives with traps or cages. These practices have already proved successful in Asia. The concern is with the other native insects.

"We have no idea what this means for native wild insects," he said. "For our native butterflies, for our bumblebees... I think that's the bigger question."

As for the risk to humans?

"They can be dangerous if they sting in large repetitive attacks but those attacks even in Asia are fairly rare," Lee-Mader said.

Experts are asking people to keep an eye out for the hornets. But they need to make sure they know what they are looking for.

The bottom line, take time to understand the threat, and if you see something that looks like a hornet report it, but also understand, we don't yet know if the hornets are here for good.

"I don't think there's a need for panic at all," Lee-Mader said.

If you see something that looks like an Asian giant hornet, you can report it to the Washington Department of Agriculture.