Metro game quizzes you on recycling

Some plastics go in the recycling bin while others go in the trash. Sometimes it's hard to know which bin to put what in. 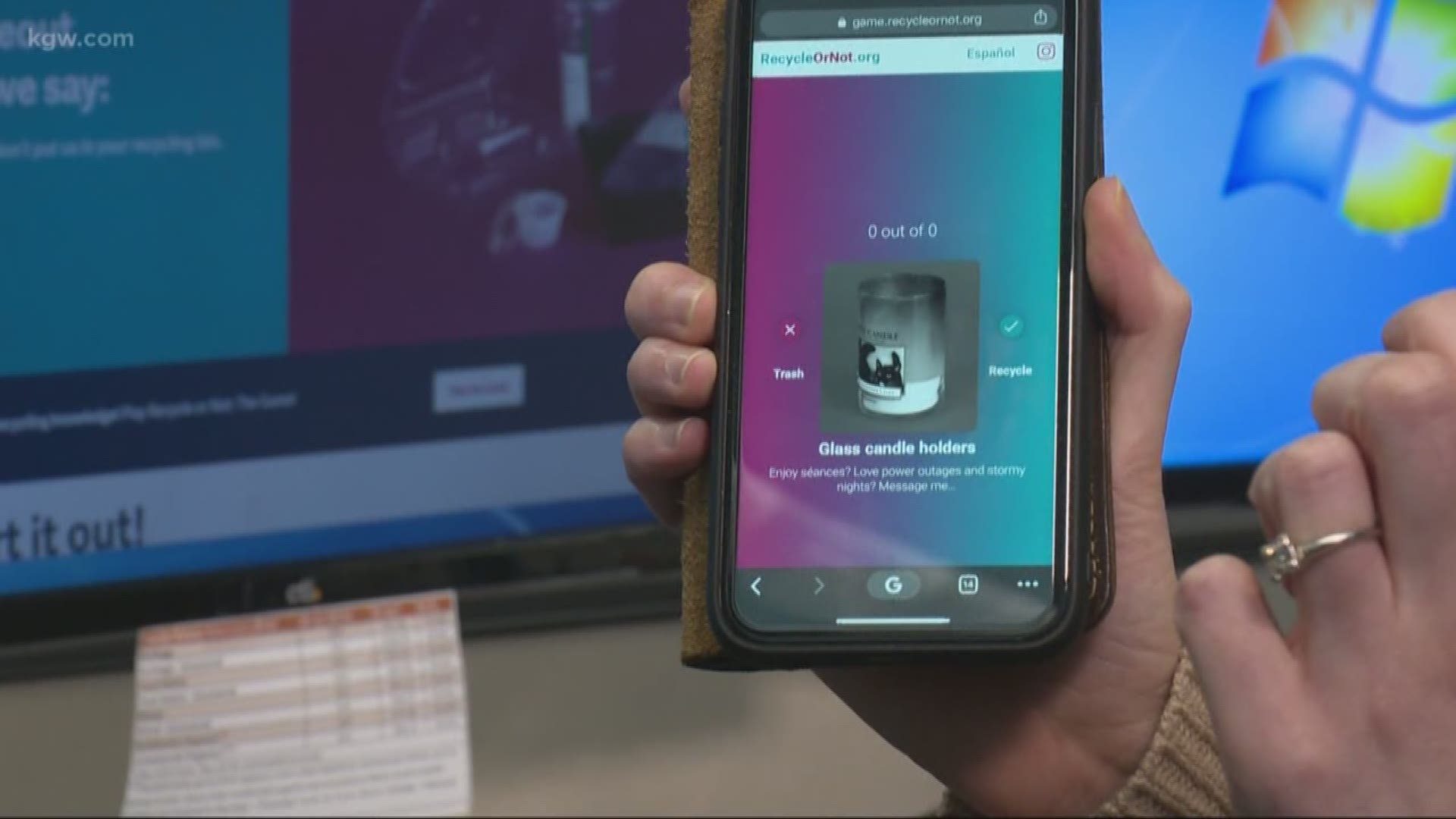 PORTLAND, Ore. — There's been some new rules about recycling in the past few years and it's left a lot of people confused.

Some plastics go in the recycling bin while others go in the trash. Sometimes it's hard to know which bin to put what in.

Of course, you won't get a date out of it. But you may learn a thing or two about recycling.

Metro launched the game in January and folks have been playing ever since.

It's all part of Metro's Recycle or Not program. Back in December, we told you about the program's Instagram account which lets you post pictures of items to find out if they can be recycled or not.

RELATED: Wondering what packaging can be recycled? Here's how Instagram can help

The game also give you the facts along with a little fun.

"Some things surprise you, some things you're not sure about," said Hrycyk. "It's a great way to keep checking back and test your knowledge on recycling."

RELATED: Live in Oregon? How much money are you losing by not returning your bottles and cans?