Live in Oregon? How much money are you losing by not returning your bottles and cans?

The deal is, if you live in Oregon, you're losing money if you don't return your used cans and bottles. 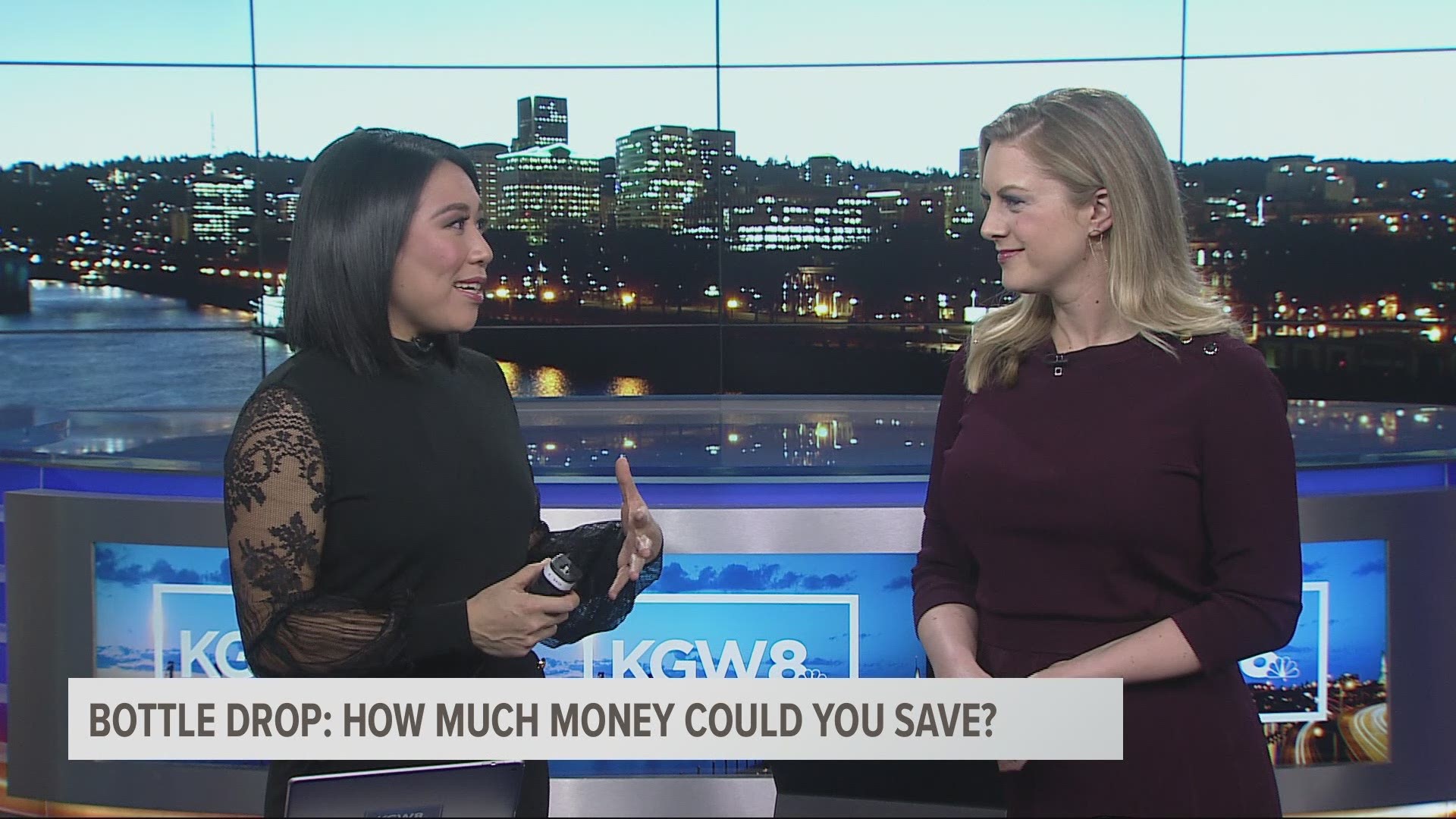 PORTLAND, Ore. — If you live in Oregon, do you buy canned or bottled drinks, pay the 10-cent deposit, then never drop them back off at the bottle drop? If you do, you’re not alone.

It got me wondering about how much money I was losing by not returning my own bottles to the BottleDrop.

We decided to do a quick newsroom poll. The question we asked: do you go to the BottleDrop?

“No. I know I should, but I don't do it. I just don't take the time to do it,” said Maggie Vespa, reporter and anchor at KGW.

“I do not. I know, I know! I just put them in my recycling bin,” said Morgan Romero, who is also a reporter and anchor.

Meteorologist Joe Raineri also said he doesn’t take his cans or bottles to the BottleDrop.

“I used to but the lines are so long and there's so much waiting,” he said.

The deal is, if you live in Oregon, you're losing money if you don't return your used cans and bottles.

When I saw all my discarded cans and bottles, I decided to see how much money I was losing out on.

After stockpiling cans and bottles for about six months, I had accumulated about three garbage bags full. After all the counting, I found I had returned 285 cans in total and received $28.50 back.

That’s almost 50 cans or bottles that I drank per month, or about 12 cans a week, or if you break it down even further by day, it came out to almost two per day.

Over the course of an entire year, I could be losing out on nearly $60!

So, after this little experiment, I'll be heading to the BottleDrop more regularly.

But a heads up, in 2019 the Oregon Legislature allowed some BottleDrop locations to limit the number of bottles they accept to just 24.

There are still places that take more, you'll just have to find out on the website which locations are closest to you.

Also, if you want to donate the money to charity, you can choose to do so here.

RELATED: Oregonians can help pay for college with their bottles and cans