The Portland Harbor Superfund site is highly contaminated with dozens of pollutants from a century of industrial activity. The EPA spent 16 years developing a $1 billion cleanup plan for the site. 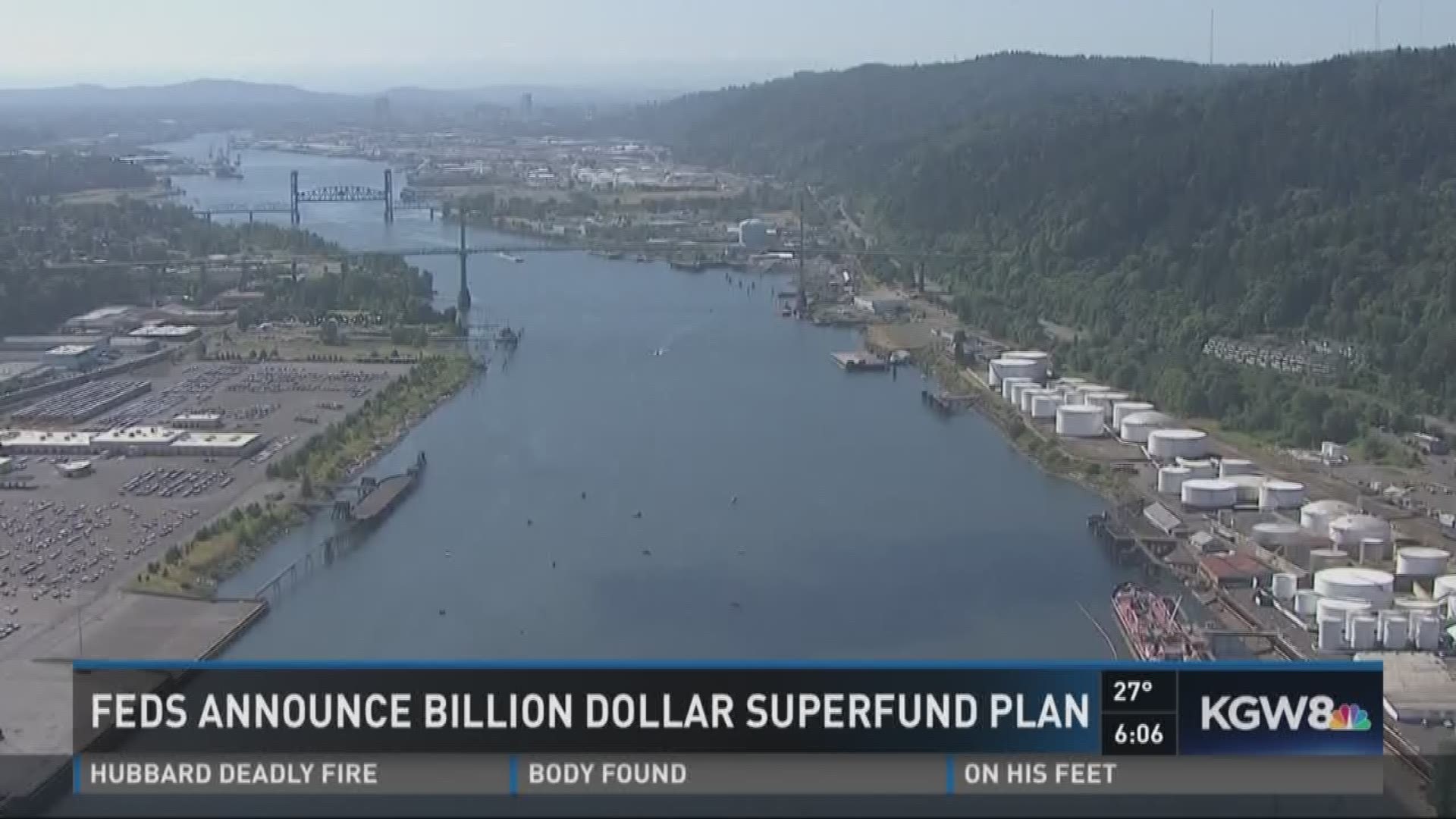 PORTLAND, Ore. (AP) — The U.S. Environmental Protection Agency has proposed to scale back the scope and cost of a planned $1 billion cleanup of a 10-mile (16-kilometer) stretch of Oregon's Willamette River as it winds through Portland's industrial area.

Five years of research shows one contaminant in the Portland Harbor is less toxic than previously thought and scaling back cleanup plans for that contaminant could reduce the cost of the overall project by $35 million, the agency said Monday.

The cancer-causing chemical in question is benzo(a)pyrene and comes from burning things like coal and oil. It's part of a larger class of pollutants known as poly aromatic hydrocarbons, or PAH.

The Portland Harbor Superfund site is highly contaminated with dozens of pollutants from a century of industrial activity.

The EPA spent 16 years developing a $1 billion cleanup plan for the site.

"Today's proposal ensures that the cleanup plan is current with the latest science to protect people's health and the environment," acting EPA Administrator Andrew Wheeler said in the statement. "We are moving the cleanup forward to return the Lower Willamette to a healthier working waterway for all."

The proposal changes the target levels for certain PAHs in the river's beaches and sediment, so the cleanup will require less dredging and capping of soil. It also will shrink the footprint of the overall cleanup area by about 17 acres (7 hectares) out of the total 2,200 acres (3.5 sq. miles), according to the EPA.

"Where we thought we had to do more to make things safe with respect to this chemical we can actually do less active cleanup," he said. "The state of the science is indicating it's not as hazardous as we previously thought."

Sheldrake said the findings don't mean there won't be any cleanup of PAHs in the river, but there will be less than planned.

"Adjustments in our level of knowledge of toxicity do happen regularly," he said. "It just usually doesn't go in this direction."

Bob Sallinger, conservation director with the Portland Audubon Society, said his group believes additional cleanup is needed and he's upset with the EPA. "We were hopeful we were moving into the cleanup phase now," he said. "This feels like a big step backward. It weakens the plan."

The EPA extended the public comment period on the proposal to Dec. 21, OPB reported.