Alaska scientists and fisheries managers are investigating the deaths of salmon that may be tied to the state's unusually hot, dry summer. 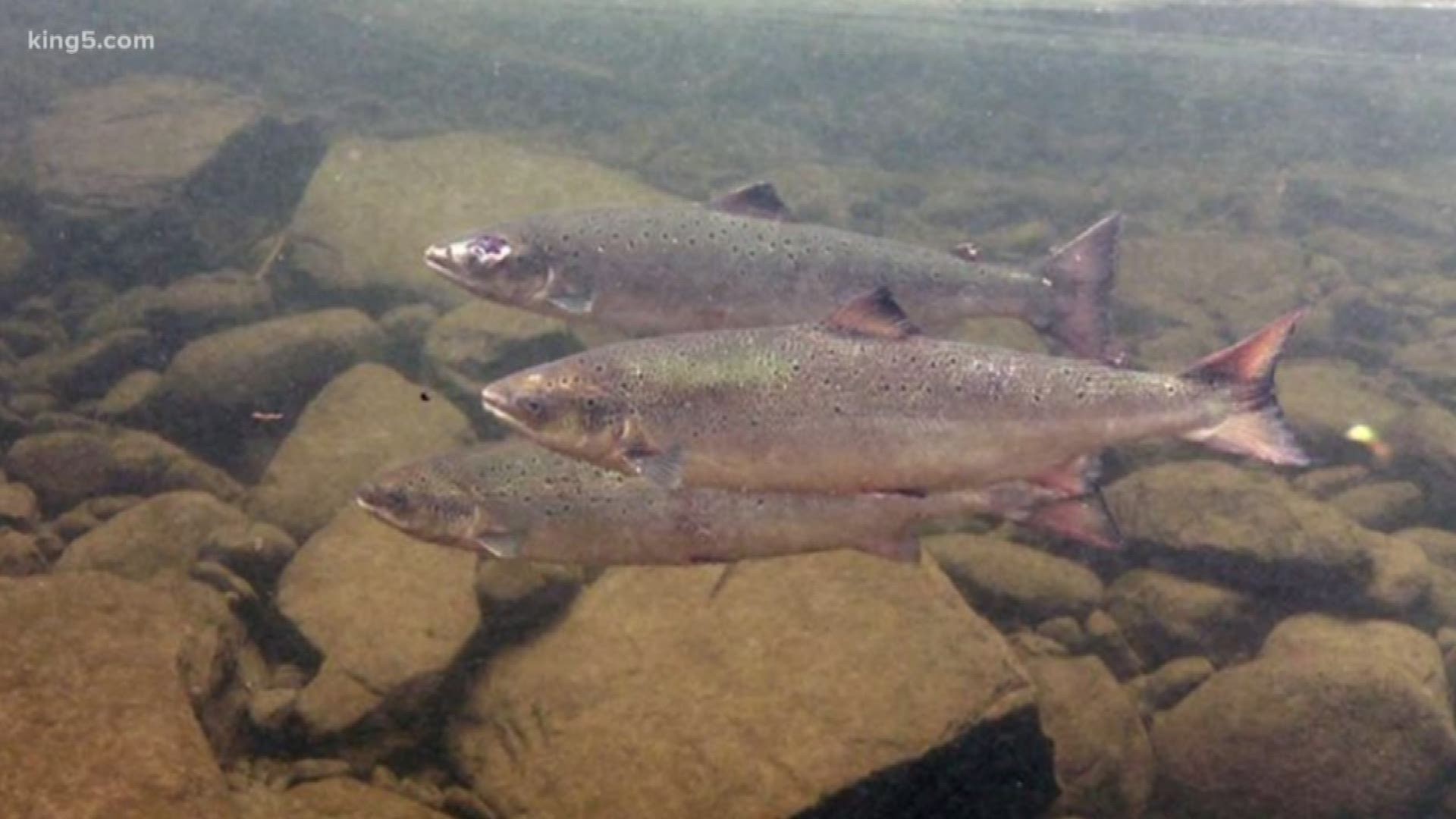 Editor's note: The video above is about an international forum held in Seattle focused on saving salmon.

Add salmon to the list of species affected by Alaska's blistering summer temperatures, including the hottest July on record.

Dead salmon have shown up in river systems throughout Alaska, and the mortalities are probably connected to warm water or low river water levels, said Sam Rabung, director of commercial fisheries for the Alaska Department of Fish and Game.

The department has not quantified past heat-related fish deaths because they tended to be sporadic and inconsistent, Rabung said. But department scientists this year will analyze fish deaths, summarize observation and record effects.

"If we have a few years in a row like this, then I think we have a bigger issue," he said.

Spent carcasses of salmon that die after females lay eggs and males fertilize them are a common annual sight along Alaska streams and provide nourishment for scavenging birds and bears.

Some carcasses this summer have been a concern because the dead fish were still full of eggs as they bobbed downstream or washed up on gravel shorelines, with no signs of disease or parasites.

The deaths should not be a surprise because climate models have for years forecast unhealthy Alaska river temperatures for salmon, said Peter Westley, assistant professor of fisheries conservation and fisheries ecology at the University of Alaska Fairbanks.

"It's directly in line with the predictions of what scientists like myself and other colleagues have been warning is likely to occur, and we need to prepare ourselves and not be surprised when it happens again in the future, because it will," he said.

A warm Alaska June was followed by the hottest month ever recorded in the state. The average temperature in July was 58.1 degrees, 5.4 degrees above the historical average with records maintained since 1925. 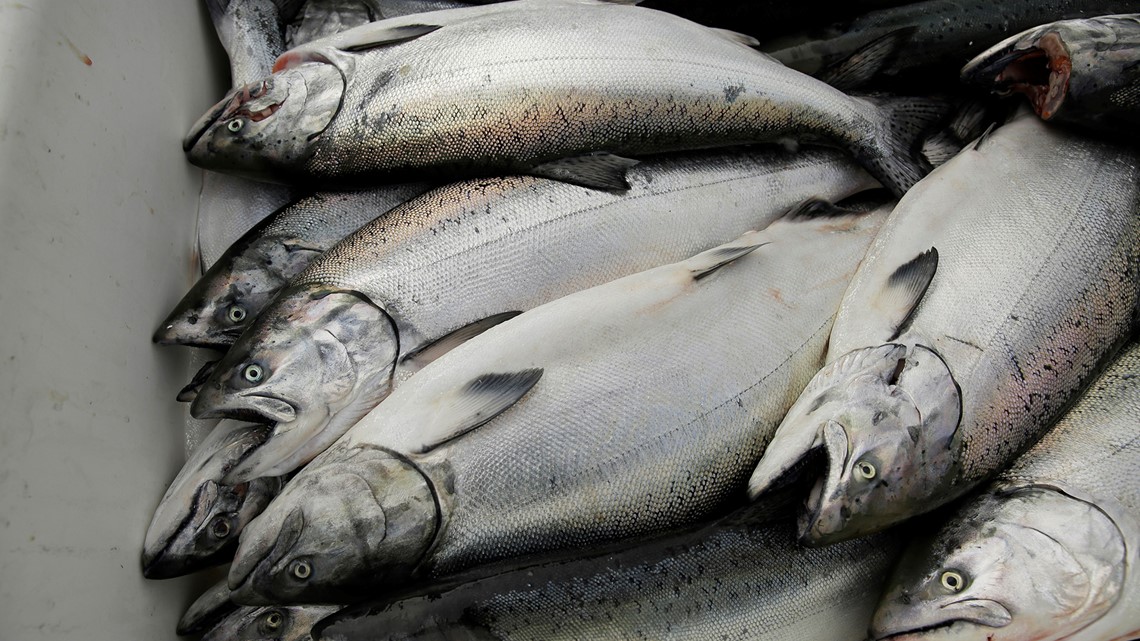 California king salmon make comeback after drought
SAN FRANCISCO - Trolling off the California coast, Sarah Bates leans over the side of her boat and pulls out a long, silvery fish prized by anglers and seafood lovers: wild king salmon. Reeling in a fish "feels good every time," but this year has been surprisingly good, said Bates, a commercial troller based in San Francisco.

Summer river water temperatures in non-glacial streams of the watershed of the Cook Inlet stretch of ocean lined by mountains have increased an average of 0.5 degrees per decade in summer months since 1980, said Sue Mauger, science director of the Cook Inletkeeper group dedicated to protecting the watershed that is an important salmon breeding ground.

Temperatures above 55 degrees put stress on salmon, Mauger said, and her group on July 7 recorded a temperature of 81.7 in the Deshka River, a major salmon stream north of Anchorage. It's a temperature that climate models predicted wouldn't be reached until 2069, she said.

"We're 50 years ahead of where we thought they would be," Mauger said.

Dead salmon showed up in rivers that empty into the Bering Sea, with the Norton Sound Economic Development Corp. reported massive numbers of dead pink salmon on July 11.

Westley in mid-July joined other scientists on a hasty trip to the Koyukuk River, a tributary of the Yukon River, where residents of the village of Huslia saw dead or disoriented chum salmon. The team counted about 850 dead fish, which Westley said probably represented a fraction of thousands that died.

Warm water holds less oxygen than cold water, but Westley tested the Koyukuk for oxygen and found plenty, eliminating suffocation as what killed the fish.

"If you were thinking in terms of this as a murder mystery, the leading, most obvious suspect is the warm temperature," he said. "What precisely about the temperature caused the fish to die is an unknown."

Wesley suspects multiple factors tied to warm water killed the adult salmon, who stop eating when they enter freshwater and must rely on fat reserves and salmon burn energy faster in warm water.

"I think probably more likely is that a host of sort of natural pathogens — fungus and that kind of stuff — is more likely to attack the fish," he said. "Fish that are stressed have a sort of compromised immune system. They're just much more susceptible to natural stressors in the environment." 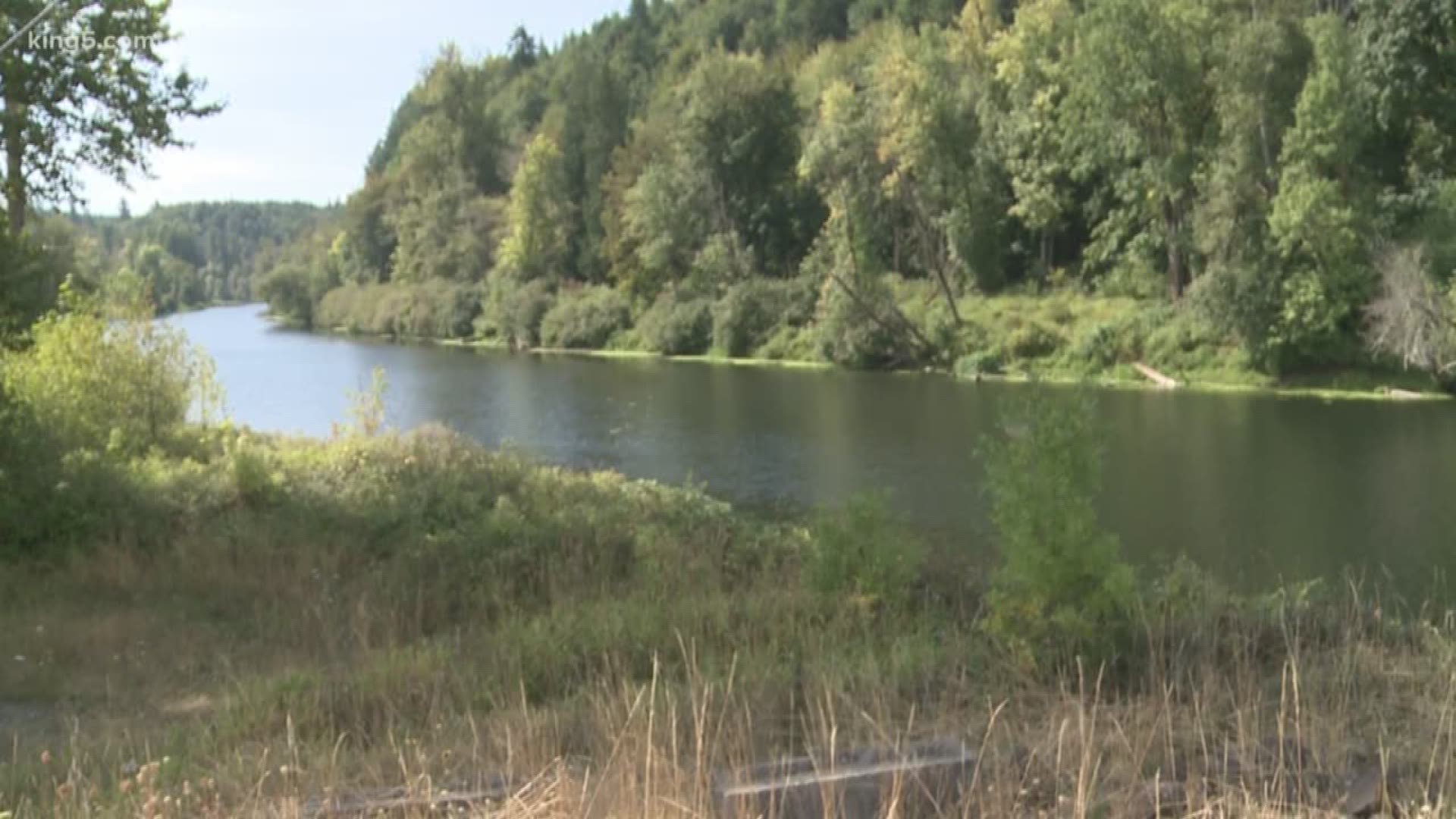 The hot and dry weather has meant less rain for southeast Alaska and the Kenai Peninsula, leading to low water levels in some streams and others that have completely dried up, said Rabung, of the fire and game department.

"Without the rainfall, the fish can't even get into the stream, let alone survive the heat, if they could get in there," he said.

One of the top concerns for state fish and game officials is making sure enough fish escape fishermen and predators to reach spawning grounds. It's too early to assess whether salmon reproduction will be down in some streams, Rabung said. It varies greatly each year and good conditions for hatchling survival can compensate for fewer spawning adults, he said.

The department routinely restricts fishing if not enough fish reach spawning areas and this year has restricted some commercial harvests of pink salmon in southeast Alaska and Prince William Sound, Rabung said.

If heavy rains come and fill streams, that would solve a lot of problems for salmon reproduction by filling streams and cooling water temperatures, Rabung said. The pink salmon pool into massive schools just outside stream mouths waiting for streams to have enough water.

State fish and game officials this week restricted fishing for coho salmon in and near the Deshka River because of low, warm water. Coho salmon have amassed just outside the river mouth, waiting for rain to fill it so they can enter and spawn.

The department cannot cool the rivers but can protect sources of cool water within rivers that provide migrating salmon with sanctuary to cool off, Rabung said.

Westley agreed that sources of cold water within major rivers such as springs or glacier-fed tributaries are crucial to prevent heat-related deaths. Protecting those sources will be an important management decision, he said.

"The importance of those smaller, seemingly insignificant sites becomes a lot more important as things warm up," he said.