Hubble commemorated its 30th anniversary by releasing a collection of more than 50 newly processed images from its archives. 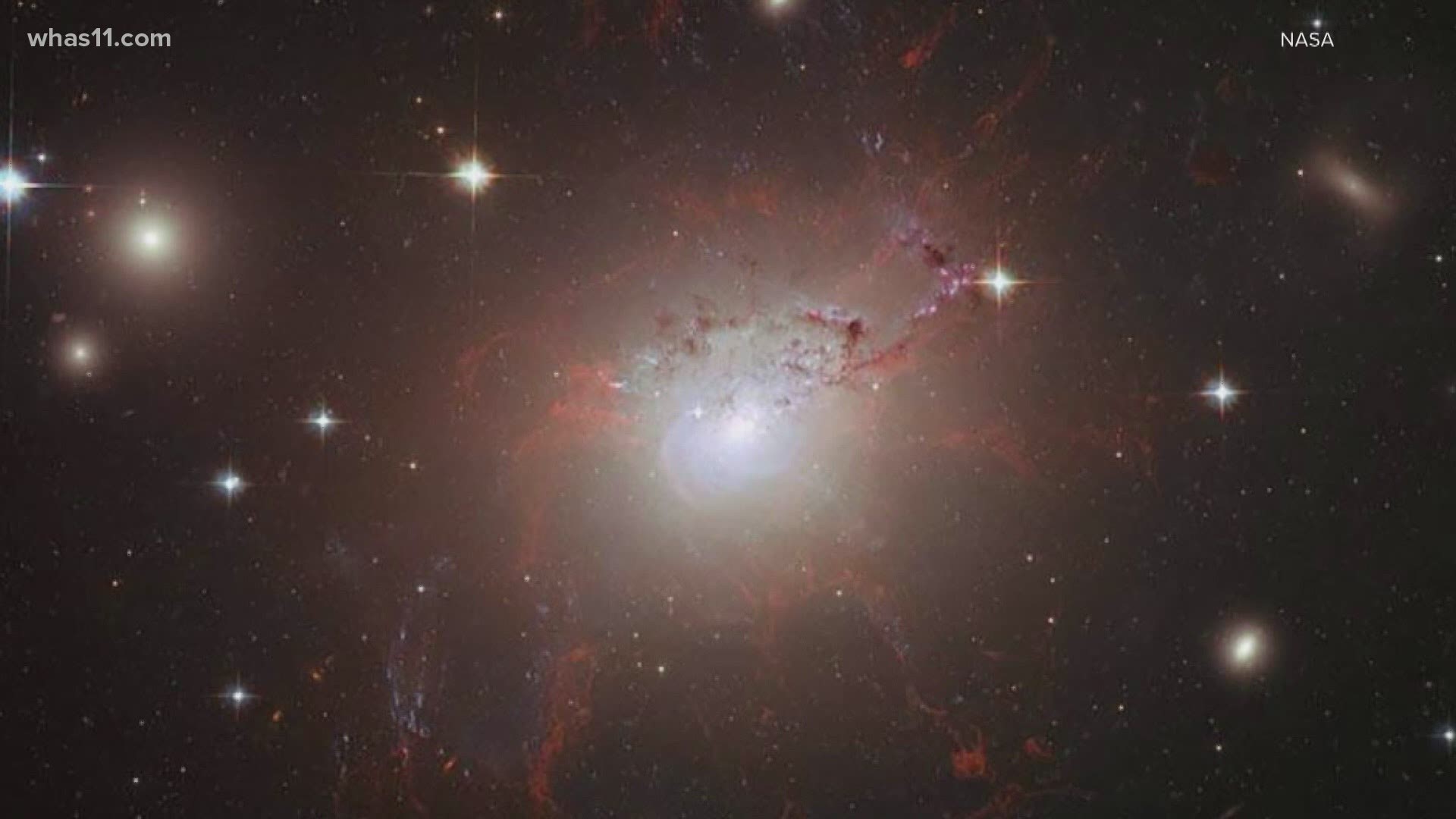 LOUISVILLE, Ky. — While you might not realize it, when you think about what the universe looks like, you're probably picturing images from the Hubble telescope.

Hubble has inspired scientists and the public alike with its views of the universe for more than a generation. This year, Hubble commemorated its 30th anniversary by releasing a collection of more than 50 newly processed images from its archives.

"First of all, we went to the Caldwell catalog because we know there are good objects in there and then we wanted to make sure they were spread all around the sky — both Northern and Southern hemisphere — and some winter, some summer constellations so that no matter where you are on the Earth, no matter what time of year you could see some of them," said Dr. Kenneth Carpenter, the Hubble operations project scientist at NASA.

Hubble has taken more than 1.4 million observations over the last 30 years. The newly released images feature 30 star clusters, nebulae and galaxies. Carpenter said the telescope was designed for a 15 year mission, but it has doubled its time thanks to its build and servicing.

"Every three to five years, we would go up — sort of like tune up your car — it's the same kind of thing...switch batteries, gyroscopes, solar rays to get power," Carpenter said. "We would change out a couple of science instruments, replace old ones with new ones, and that kept Hubble on the edge —  the leading edge of science."

Most of the objects in the new images can be seen with a backyard telescope, some even with binoculars or the naked eye. Follow Hubble on Twitter @NASAHubble and you can see where the telescope is pointing in real time.

RELATED: 'Christmas Star' will appear on Dec 21st as Jupiter and Saturn align