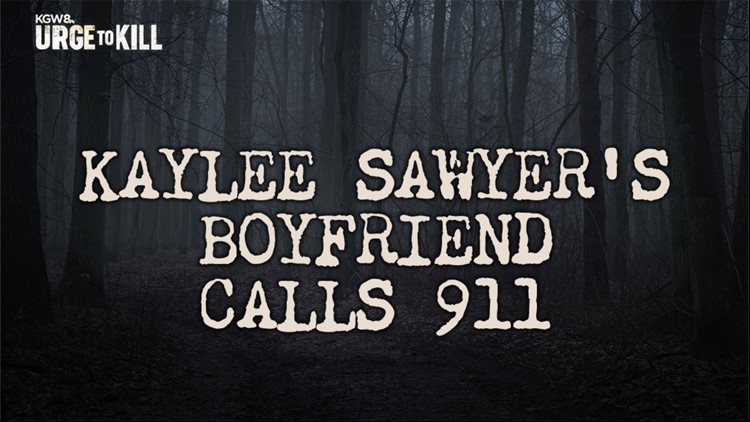 Urge To Kill: Coming Nov. 5
Just after celebrating a bachelorette party in July 2016, Kaylee Sawyer disappeared in the middle of the night. The horrific details of her brutal rape and eventual death shook the residents of a quiet town in the Pacific Northwest. Her killer would go on ...

Camron Reimhofer, Kaylee's longtime boyfriend, got into a fight with her during the early morning hours of Sunday, July 24, 2016. Kaylee went on a walk to cool off, but disappeared. Her phone had died. By that morning, Camron still hasn't heard from her and decided to call 911 to report her missing.

Dispatcher: How can I help you?

Camron: Hi. I'm not sure if this is quite the right number to call. Last night I got home from the bars, my girlfriend and she got upset at me and ran off and I chased her and wasn't able to find her. And I still haven't heard from her. Her phone's off. I called all our family and they haven't heard from her. So I'm wondering what you recommend I do.

Dispatcher: We've put in a call and we can have officers or deputies look for her. Where was she last seen?

Dispatcher: In a specific apartment or in the parking lot?

Camron: Just in the parking lot. Yes, we live there together.

Dispatcher: And this is her address as well?

Dispatcher: And this was last night. About what time?

Camron: It was like one o'clock in the morning.

Dispatcher: And her other friends haven't heard from either?

Dispatcher: Okay. So did she just take off walking or something from this address? Like she was mad?

Camron: Yeah. Well she was, yeah, she was mad at me, so I walked inside and told her to come meet me and then when she's like, 'Calm down,' and then I went back out in 10 minutes and she was gone and I called her a few times and she said she was walking down the street and then I guess she said her phone was about to die and then I couldn't get a hold of her after that. Haven't heard from her since.

Dispatcher: What's her date of birth?

Dispatcher: And she's got her phone with her?

Camron: She did last I saw her, but it's been dead all day and I imagined she would charge it... [lists Kaylee's phone number].

Dispatcher: Does she have a vehicle?

Camron: Yes. It's parked at her friend's house and I've been over there and talked to her friend and she hasn't heard from her either.

Dispatcher: And the vehicle is still there?

Camron: Yup. It's a Subaru Impreza and it's like a dark blue.

Dispatcher: And it's parked at a friend's house?

Dispatcher: Any idea where she would go?

Camron: I don't know, I figured she'd go where her car was, her best friend's or her mom's. I've been over to talk to her dad and I just haven't heard anything from anybody who knows where she is.

Dispatcher: Okay. Does she have a job or anything like that she needs to be at?

Camron: Not today. She has work tomorrow at Awbrey Dental.

Dispatcher: And any diagnosed mental or physical health issues?

Camron: No, none that I know of.

Dispatcher: And what's your last name?

DIspatcher: And a phone number for you?

Dispatcher: All right, well I have an officer get in contact with you and if she doesn't give us a call back.

Camron: Okay, will do.