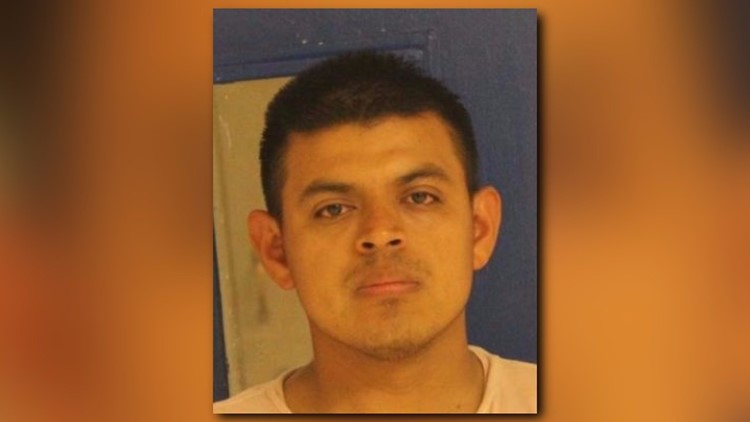 Suspect in Kaylee Sawyer murder back in Bend

BEND, Ore. — Editor's Note: This story was originally published on KTVZ.com on Aug. 25, 2016 and is being resurfaced as KGW launches a new podcast about Kaylee Sawyer's murder called "Urge To Kill."

The Redmond man accused of abducting and killing Kaylee Sawyer of Bend was booked into the Deschutes County Jail early Wednesday after being moved from Siskiyou County, Calif., where he allegedly went on a crime spree and was arrested days later.

Jail records show a Redmond police officer brought Edwin Enoc Lara, 31, to the jail, where he was booked around 3:30 a.m. to face the four counts of aggravated murder handed down by a grand jury.

Lara is being held without bail pending his arraignment, scheduled for 4 p.m. Thursday before Deschutes County Circuit Judge Alta Brady. He waived extradition at his most recent court appearance in Yreka.

Lara, who was a COCC campus public safety officer, is accused of abducting, attempting to sexually assault and then kill Sawyer, 23, on the college campus. He's accused of disposing of her body twice, the second time in a small canyon off Highway 126 west of Redmond, where her remains were found days later during an extensive search.

Lara also is charged with several crimes in California, as he allegedly abducted a woman in Salem, drove south to the Yreka area, shot a man in the abdomen at a motel, carjacked a vehicle with three people inside (later releasing them) and engaged police in a chase down Interstate 5 before his arrest.

Sheriff Shane Nelson confirmed Lara's arrival at the Bend jail tto NewsChannel 21's Pedro Quintana. But, DA John Hummel said he could not make any comments on the case due to a new order issued Aug. 18 by Deschutes County Circuit Judge Michael Adler.

In the so-called "gag order," Adler noted two previous orders issued by the court -- one on July 26, "prohibiting extrajudicial statements" and another on Aug. 11 that succeeded the first and instead limited such statements.

Adler said Hummel on Aug. 15 "made statements to the news media which included a discussion of potential evidence in the case that could materially prejudice an adjudicative proceeding in the matter."

"This court has grounds to believe that the August 11 order has been violated and that it is likely that further violations will occur," Adler wrote.

As a result, Adler said in his new order that "all parties in the case ... are prohibited from making any statements about this case that the person making such statements reasonably should know will be disseminated by means of public communication."

Adler added that any attorney in the case can request a hearing on the new order but that it would remain in effect until that time.

Due to extensive public and media interest in the case, Deschutes County Trial Court Administrator Jeff Hall issued four pages of media guidelines Wednesday, including a requirement that only one TV camera, still camera and audio recorder will be allowed, to be provided on a pool basis to other media outlets.

Urge to Kill is a KGW podcast following the rape and murder of Kaylee Sawyer. After celebrating a bachelorette party in downtown Bend, Oregon in July of 2016, Kaylee disappeared in the middle of the night. The horrific details of her brutal rape and killing shook the residents of the quiet town in the Pacific Northwest. Her murderer would go on to terrorize several other families in a multi-state crime spree. He said he had the “urge to kill.” Our team sat down with all of his victims who were lucky to get out alive.