A video of an Ohio wrestler's impressive rendition of "The Star Spangled Banner" has been shared widely online. 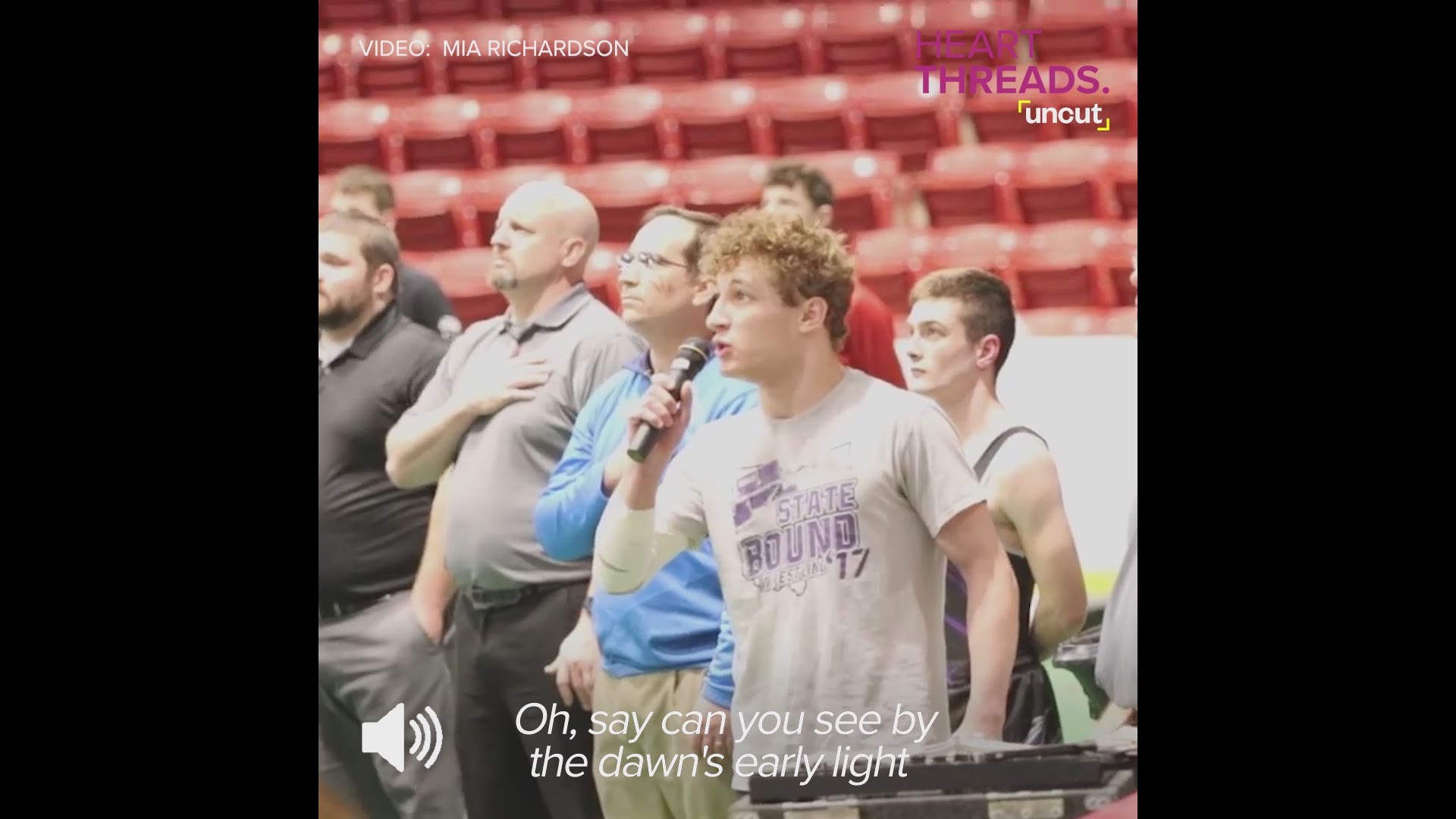 When organizers at an Ohio district wrestling match needed a singer for the national anthem, they found a surprising candidate-- one of the athletes.

According to a video posted on Facebook by attendee Mia Richardson, wrestler Isaac Bryant rose to the occasion at the Division III district championship in Troy, Ohio, after the announcer asked if there were any singers in the house.

Bryant's powerful performance has been viewed over a half a million times.

The Mechanicsburg High School student told Fox News he had never sung the anthem publicly by himself before the match and was napping moments before the announcement.