Watch this construction update on the Providence Park expansion to add 4,000 seats

Opening day for the Timbers and the stadium is June 1. 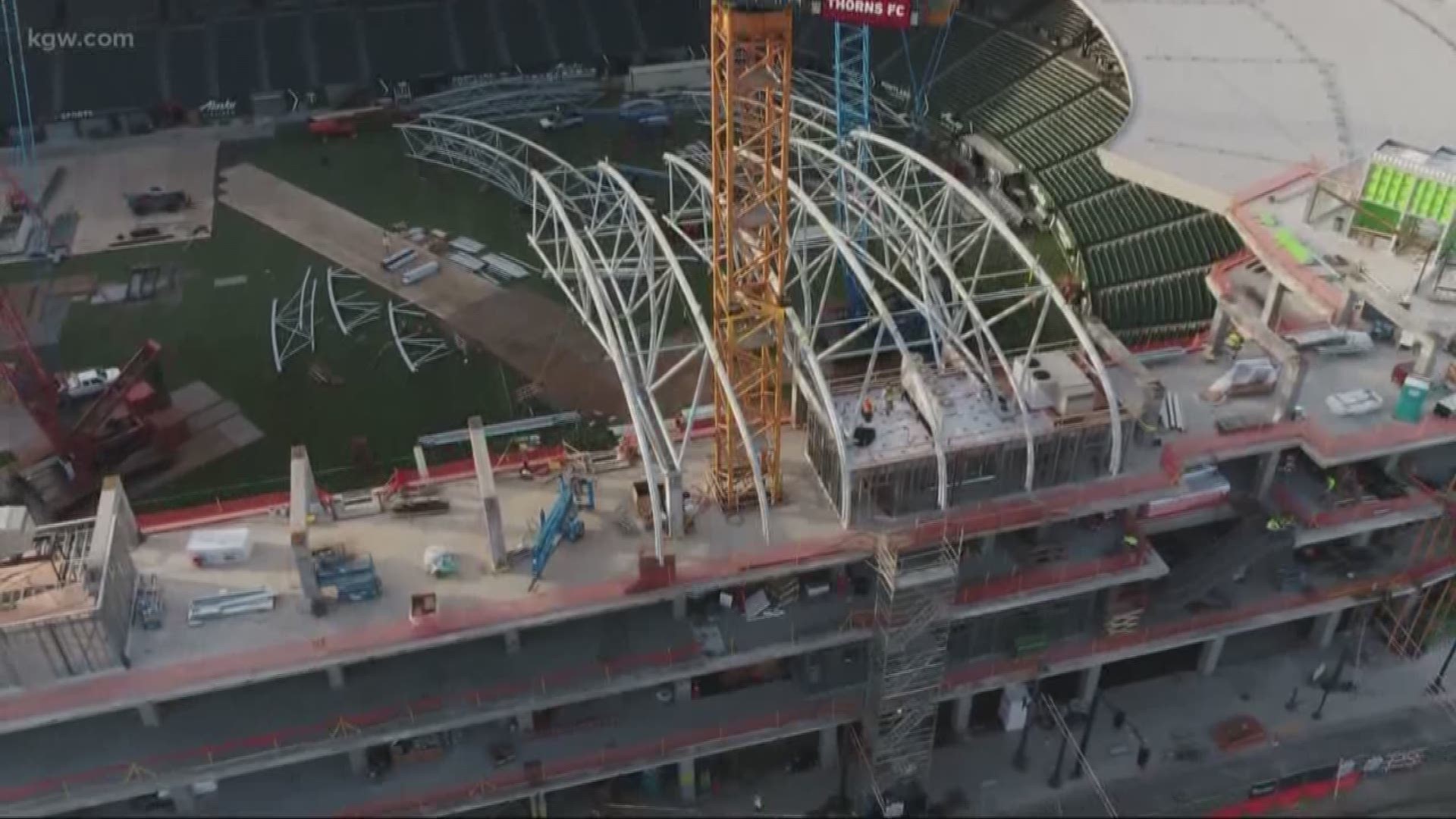 PORTLAND, Ore. — Portland’s 92-year-old Providence Park, where the Timbers and Thorns professional soccer teams play is getting a major renovation.

“It’s really exciting. We're about four months from the grand reopening of Providence Park,” said Mike Golub, president of business for the Timbers and Thorns.

The project is being done with $85 million of private money.

Craftsmen and women are adding three new levels of seating on the east side of the stadium, enough room for 4,000 fans.

It will bring the stadium capacity to more than 25,000. Golub said it will make Providence Park one of the five biggest soccer-only stadiums in America.

But, Golub said the work will not bring higher ticket prices.

“One of the reasons why we did the new side is that by having a new capacity of 25,000 we’re able to be viable economically, be able to put great talent on the field and keep prices very accessible and reasonable,” he said.

The park will also get a new roof to cover the new stands, but not the field. It will be left open to the elements.

There will also be a new video screen twice the size as the old one, new lighting, new bathrooms and concession stands to ease lines, and new locker rooms for both the Thorns and Timbers.

Work started on the stadium two years ago and was delayed a bit this past year by a very good team. 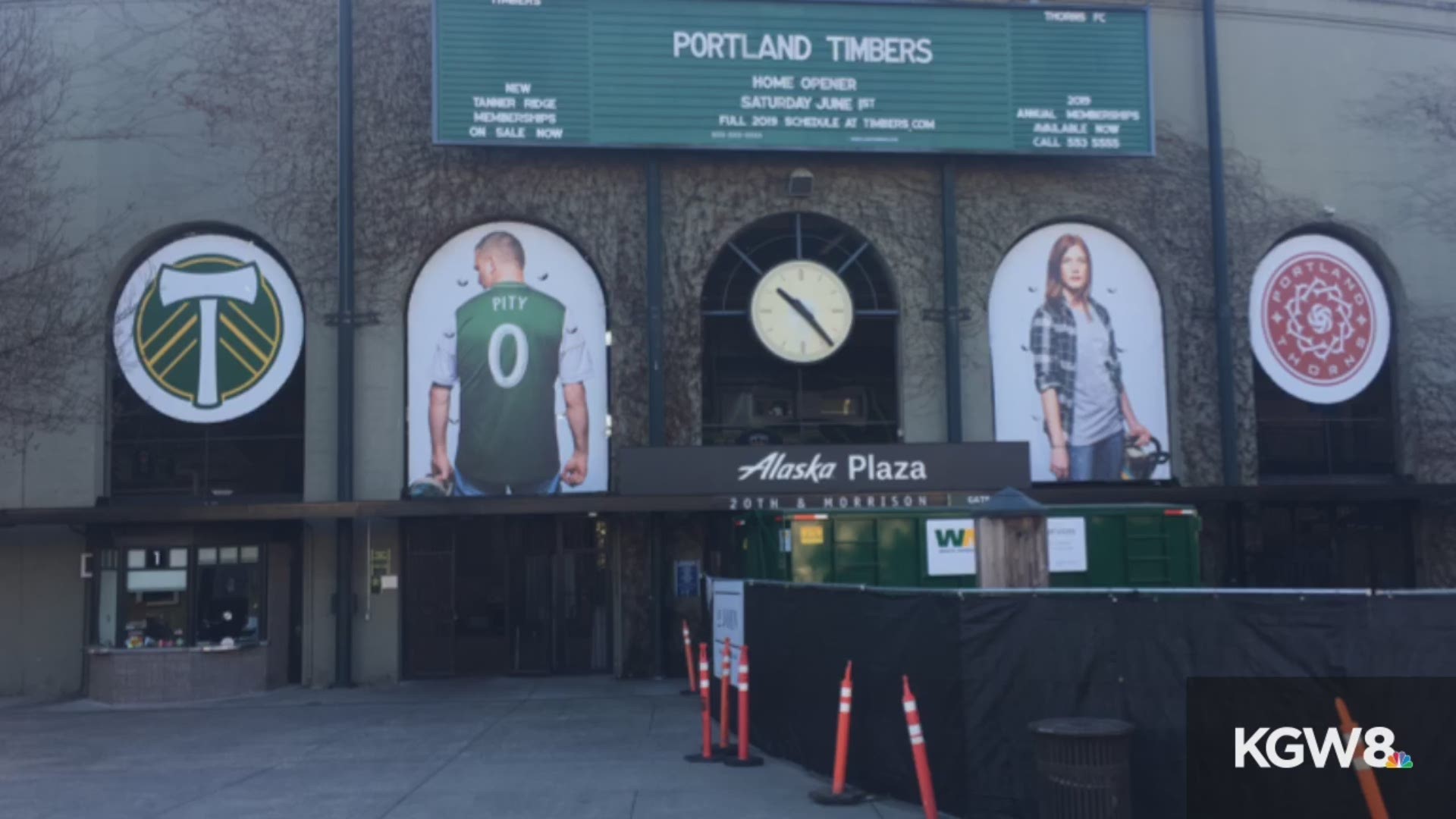 “As you might recall, the Timbers had a really successful and long playoff run,” Golub said. “So, the work really had to start right away as soon as we were done.”

“There were a lot of mixed emotions. But the good news is we had a fantastic season last year and the project's on time so we’ll be ready to go on June 1st,” said Golub.

On Thursday, a huge crane sat on boards on top of the soccer field while two bigger cranes worked outside the stadium.

Golub said not to worry, the turf was due to be replaced with new turf anyway.

Opening day for the Timbers and the stadium is June 1.

You can check in on the construction activity any time by using the Turner Construction web camera set up inside the park.