Ricky Simon gets to return to the cage on May 13. He was supposed to fight in Portland in April, but the pandemic forced the sports world to shut down. 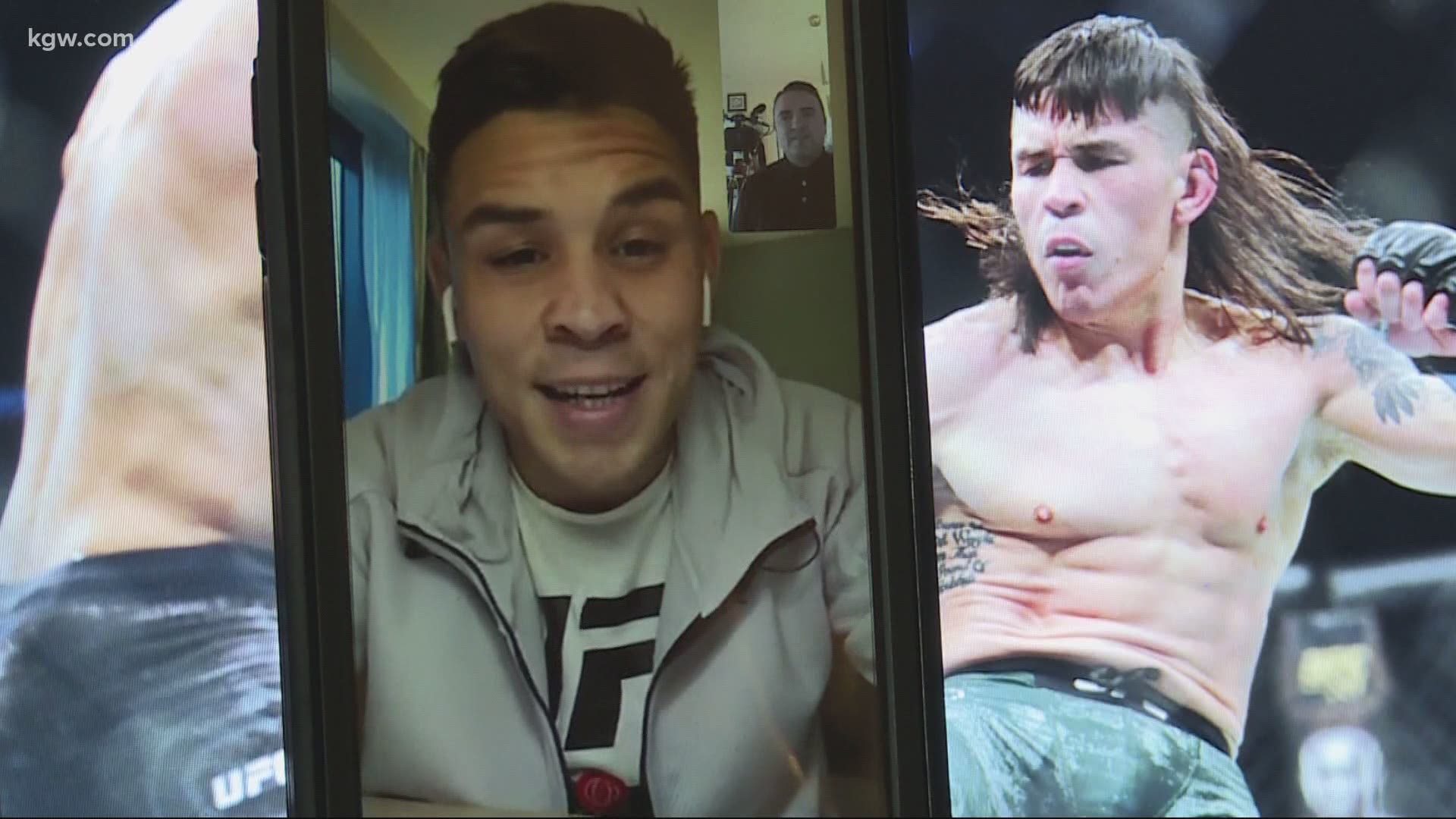 VANCOUVER, Wash. — The show goes on for the Ultimate Fighting Championship and Ricky Simon.

It's a return to the cage for Simon on Wednesday, May 13. He was supposed to fight in Portland in April, but the coronavirus pandemic forced the sports world to shut down.

"I'm thankful because there's a lot of people right now struggling and not being able to work, so I'm thankful the UFC is giving me this opportunity to go back to work. I love my job," said Simon.

"He's a tough opponent, but I feel like I'm better everywhere and I'm a big strong bantamweight," said Simon. "He's coming up (in weight class), so he's going to have to deal with that, my speed and my power."

The UFC is one of the few sports leagues around the world holding live events. It's going down in Jacksonville, Florida.

He'll also have to compete in an empty arena.  Fans are not allowed to attend.

"That's my favorite part.  Going into a sold out arena.  I've made it this far in my career that is definitely my favorite part.  I'm out here in Florida, representing the Pacific Northwest, so I know everyone over there will be going crazy for me."

In some ways, it will be just like the early days of his career, fighting in Vancouver.

"It's kind of like, 'been there, done that.' I've fought in some crazy places; they put a cage in a bar, I've fought in the mall, so once I get in there it doesn't matter where I'm at. It's a fight and I know how to fight and I'm ready to go."

There will be a national audience watching on ESPN.  Without other live sports happening Wednesday night, it's an opportunity for even more exposure.

"There's going to be a lot of eyes on our sport right now because there's not a lot going on, so I'm going to take advantage of that spotlight and I'm going to shine."

UFC Fight Night begins at 6 PM PDT on Wednesday, May 13.

RELATED: UFC fighter from Vancouver has dream fight at Moda Center postponed due to coronavirus pandemic