The players will have additional novel coronavirus tests. It's unknown if Saturday's game against Oregon will take place. 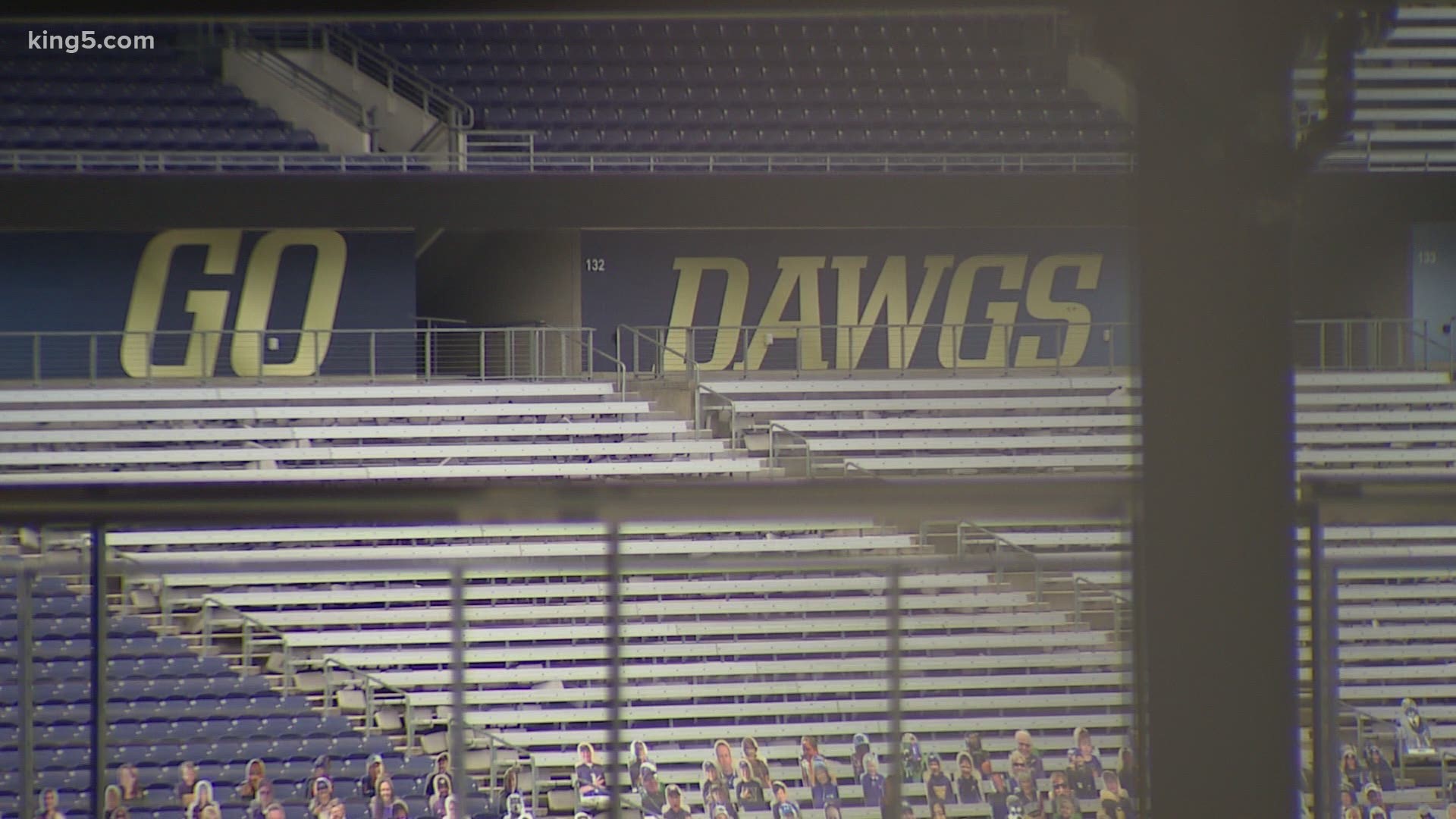 SEATTLE — The University of Washington football team is pausing “all team-related football activities due to an increase in positive COVID-19 tests within the program,” according to Assistant Athletic Director for Athletic Communications Jeff Bechthold.

The football team will not practice on Wednesday, and the players will have additional novel coronavirus tests. Bechthold said Wednesday’s post-practice media availability was also canceled.

It is currently unknown if Saturday’s game at Oregon will take place.

A cancellation of the Oregon game could have seismic ramifications for the UW season and the Pac-12.

In theory, UW would win the Pac-12 North title by default, and qualify to play in the Conference Title game the following week.

But it also may not be that simple.

Seattle King County Public Health issued a statement to KING 5 News on Wednesday, saying that despite a change to CDC guidelines, it is still recommending 14-day quarantines for infected patients.

“A 14-day quarantine remains recommended and is the safest option. However, if this isn’t possible, then two other options can be considered. Our Epidemiologist confirmed that (UW Environmental Health) communicated to us that UW football is going with the 14-day quarantine. That aligns with what (Public Health) would recommend in this instance.”

That would, in theory, also impact the Huskies' ability to play a week later.

According to the PAC-12 previously agreed-upon conditions, the title game matchup could be determined differently if the average number of games on the season is four or below.

Under this scenario, the participants in Pac-12 Football Championship Game will be determined by the best winning percentage within the conference. In the event of an unbalanced schedule where there is a tie for the best record in the loss column, head-to-head results will take precedence over winning percentage.

The Huskies’ game against Cal on Nov. 7 was canceled due to a positive COVID test. That game was declared a no-contest under conference policy.