After six seasons at the helm, UW Head Football Coach Chris Petersen will step down. Defensive Coordinator Jimmy Lake will take his place. 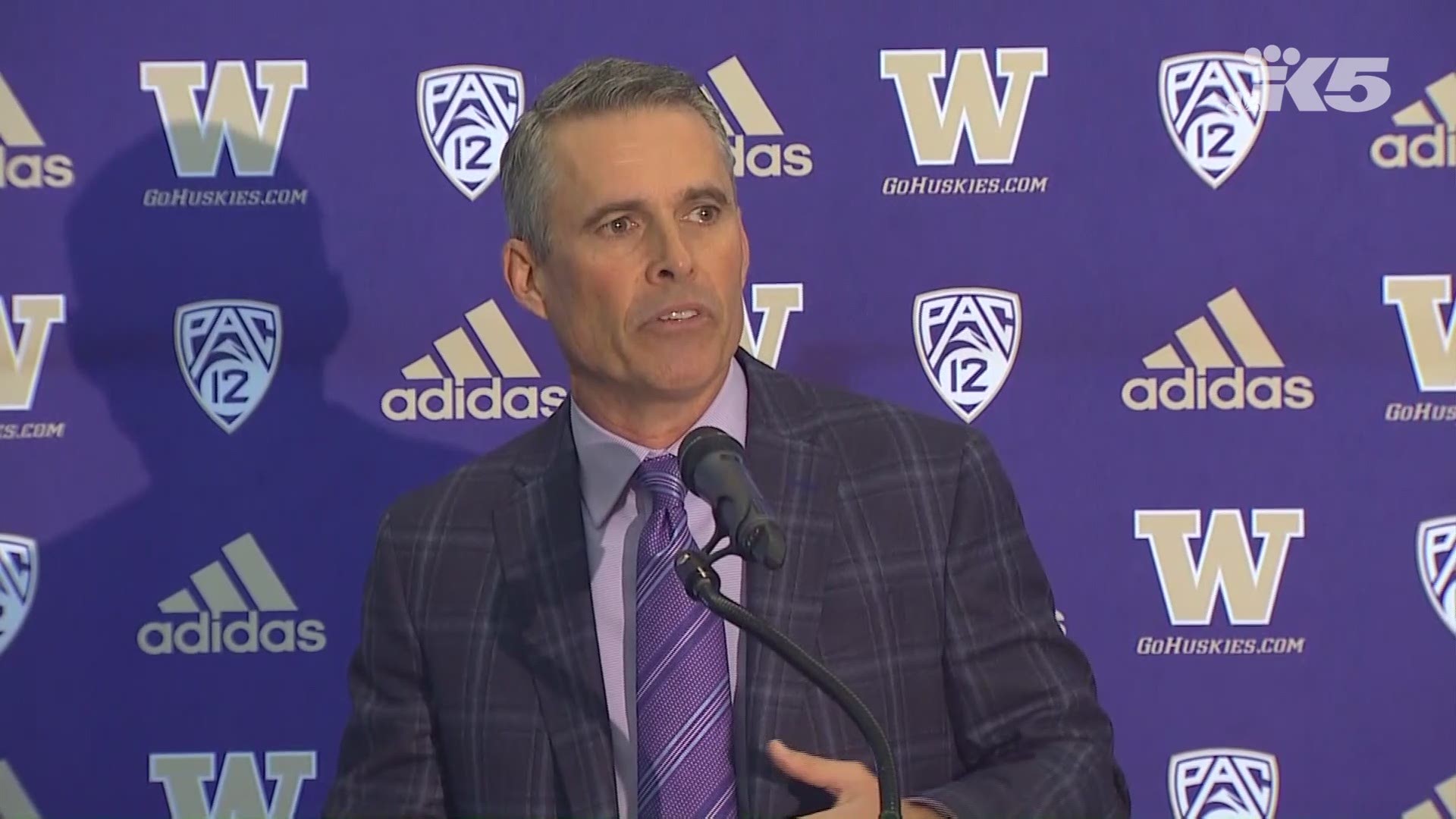 SEATTLE — Head Football Coach Chris Petersen will step down after the Huskies’ bowl game, the University of Washington announced.

Current Defensive Coordinator Jimmy Lake will become the new head coach, and Petersen will transition to a leadership advisory role, according to the university.

“I'll be a Husky for life, but now is the right time for me to step away from my head coaching duties and recharge,” Petersen said in a statement.

Petersen called it "a privilege and a professional dream" to coach for the Huskies and said he believed the football program would "continue to prosper – and do it the right way – with Jen Cohen's leadership and the University administration's commitment to excellence."

On Tuesday, Petersen said he feels "fairly intuitive" when it change is needed.

"I felt strongly that this is the right time for me, personally to make a change," he said.

During a press conference, Petersen mentioned the years as a head football coach can "become heavy" and positivity can be "pushed away" by frustration, anxiety, and stress.

Petersen said he didn't enjoy the Rose Bowl last season like he should have. However, it wasn't until a few days before the Huskies played the Cougars on Nov. 29 that he knew.

Petersen has coached the Huskies for six seasons, leading the Dawgs to two Pac-12 Championships in 2016 and 2018. During his time with the Huskies, Petersen has compiled a 54-26 record. This past season UW went 7-5.

UW President Ana Mari Cauce tweeted her thanks to Petersen on Monday, saying he "epitomizes everything you can want in a head coach."

RELATED: Apple Cup stays with UW after 31-13 win over WSU

UW Director of Athletics Jennifer Cohen said Petersen was "transformational" for the football program and the athletics department. Under Petersen's leadership, the Huskies won 39 games between 2015-2018, which is the most ever for the university in a four-year stretch.

"It has been such a privilege to watch how he has been so committed to the development of our young men, not just on the field, but more importantly off," Cohen said in a statement.

Lake said he couldn't be more excited to take over the program and credited Petersen's mentorship for making it possible.

"I've been dreaming of this opportunity for as long as I can remember and I can't think of a better place to do it than in the world-class city of Seattle and at such a prestigious university with a rich football tradition," Lake said in a statement.