The decision to return to the Pacific Northwest was one of the toughest Darien Chase has had to make. 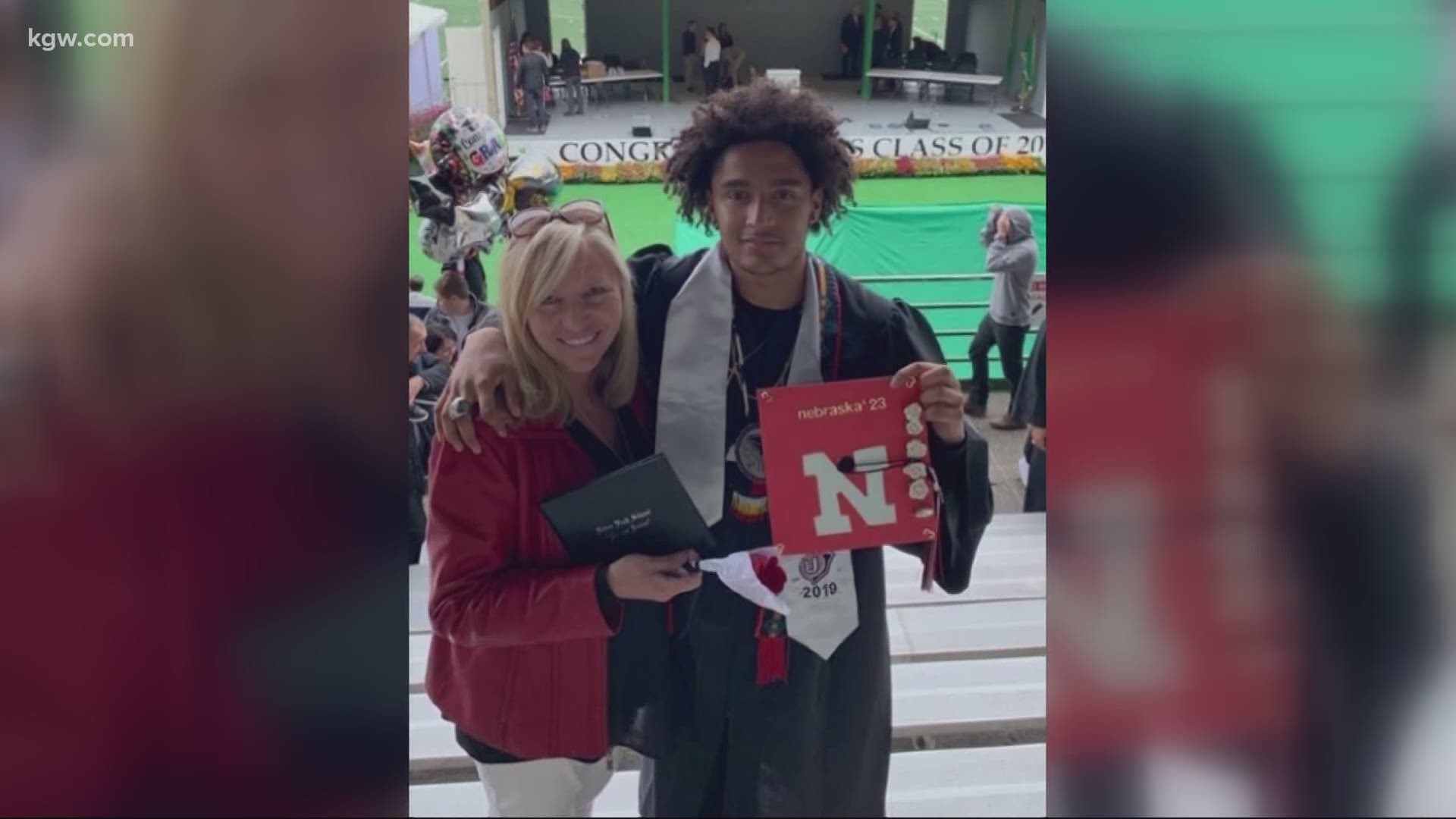 PORTLAND, Ore. — The Portland State football team just got stronger, adding a state champion and a talented receiver to its roster. But the decision to return to the Pacific Northwest was one of the toughest Darien Chase has had to make.

Chase was the star wide receiver for the 2018 Union High School football team that capped off a perfect season with the program's first state championship.

"It was really emotional, we worked really hard for it," said Chase. "It was fun because we talked about it since we were little kids in fourth grade. It was a blast."

He was also one of the top recruits in the state of Washington. He took his talents to Nebraska.

"Everyone there was amazing. The football players, coaches, the people, everyone I met was amazing. So, it was definitely a fun experience," Chase said.

But it was tough to be away from home his freshman year, dealing with multiple deaths of loved ones.  He struggled with mental health and depression. In February, he announced he was transferring.

"It was weighing heavy on my heart, especially because the coaches did a lot for me while I was there," said Chase. "I have a lot of really close friends on the team. It was a hard decision, but for me and my family, it was the right one."

Chase shared his emotions and what he was going through on social media.

"Life is more important than the struggles of football, and I got a little wrapped up into it," he said. "It's a huge responsibility to be a great football player and be a great person and it's just hard to do that through the pain. Football is the way I cope and it helped me through a lot."

He received lots of love on Twitter. Teammates and friends showed their support with one response after another, opening the conversation for others that could be dealing with similar issues.

"That's the most important thing about my tweet and everything that's gone on the past seven months with mental health.  Don't be afraid to talk about it.  It's not a dangerous thing, you can get through it," he said.

Chase is back home, close to family and ready to play football at Portland State University, alongside one of his best friends from high school, running back Jojo Siofele.

"It means the world. Me and Jo started training in the fourth grade and we haven't stopped. It was just a great feeling between us and the coaches," said Chase. "I'm super excited for the opportunity and I'm super excited for Portland State, the city and make football great."

RELATED: Benson track star focused on the next level at University of Oregon