The daughter of Hood to Coast founder Bob Foote will take over as chair after Foote failed to acknowledge the top women's team during the 2018 awards ceremony. 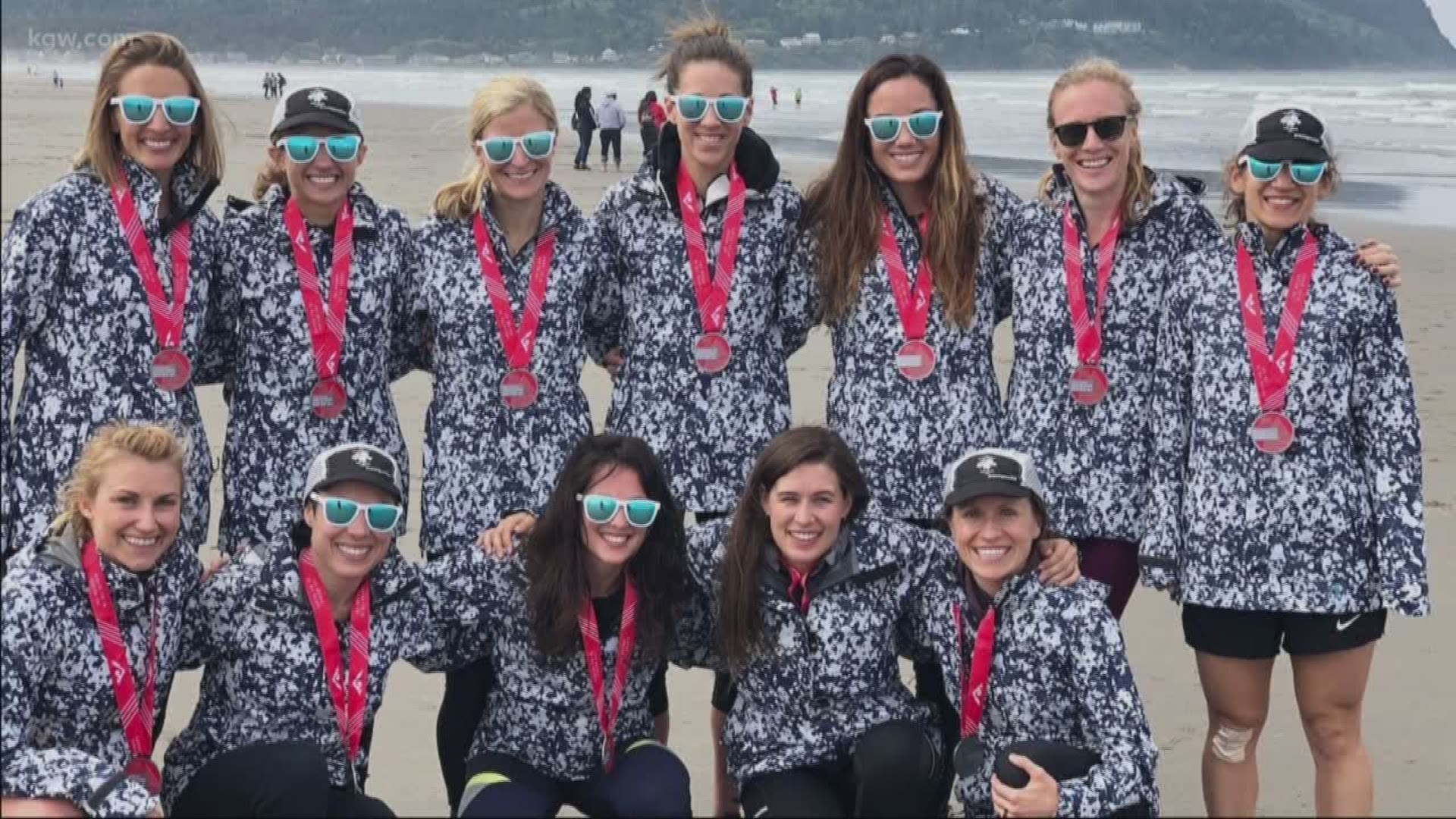 PORTLAND, Ore. — Hood to Coast has new leadership after its founder failed to acknowledge top female teams during an awards ceremony for the 2018 race.

Hood to Coast, an annual relay where runners traverse the state from the top of Mt. Hood to the beach at Seaside, came under fire this year after founder and chairman Robert Foote gave trophies to top men’s teams but not women.

Hood to Coast racer Emily Pritt posted about the slight on Twitter. Pritt was a participant on the top women’s team, Goats N Roses, which finished 12th overall.

“At the Awards Ceremony, the top walking, HS and men’s teams were awarded trophies. When we asked why women’s weren’t announced we were told by RD Bob Foote, ‘Go talk to someone who cares,’” she wrote.

My #hoodtocoast2018 team was 12th out of 1032 teams & the top women’s team overall. At the Awards Ceremony, the top walking, HS and men’s teams were awarded trophies. When we asked why women’s weren’t announced we were told by RD Bob Foote, “Go talk to someone who cares” WOW pic.twitter.com/Lciea28gg9

Hood to Coast has since apologized for the incident.

On Monday, the race announced Foote’s daughter Felicia Hubber will take over as chairwoman of the race series. Hubber will also keep her role as the Hood to Coast race director, which she has held since 2006.

"As a female, long time runner, and mother I'm extremely enthused about future prospects with the MOTHER OF ALL RELAYS!” Hubber said in a news release.

Foote is no longer listed as a team member on the organization's website.

On Tuesday, members of Goats N Roses said they met with Hubber and her husband, Hood to Coast CEO Jude Hubber. They called the discussion "emotional and productive," and said if the following actions are taken, they will compete in the Hood to Coast next year:

“The Hood To Coast Relay is truly sorry for the oversight in only recognizing the top three overall teams in the race on Saturday night. Meeting and discussing with the Goats and Roses team members yesterday was an emotional, heartfelt, and eye opening experience in helping to show us how we can create more equality in an event and industry that needs to do a better job of highlighting the triumphs of women and encouraging young female runners in the future. This has been a major learning experience, and as a woman business owner, I look forward to correcting our oversights and facilitating a new era for inclusion within Hood To Coast.”