The Portland Timbers will be out to defend their MLS Cup Championship this season and they will have a brand new field to play on. 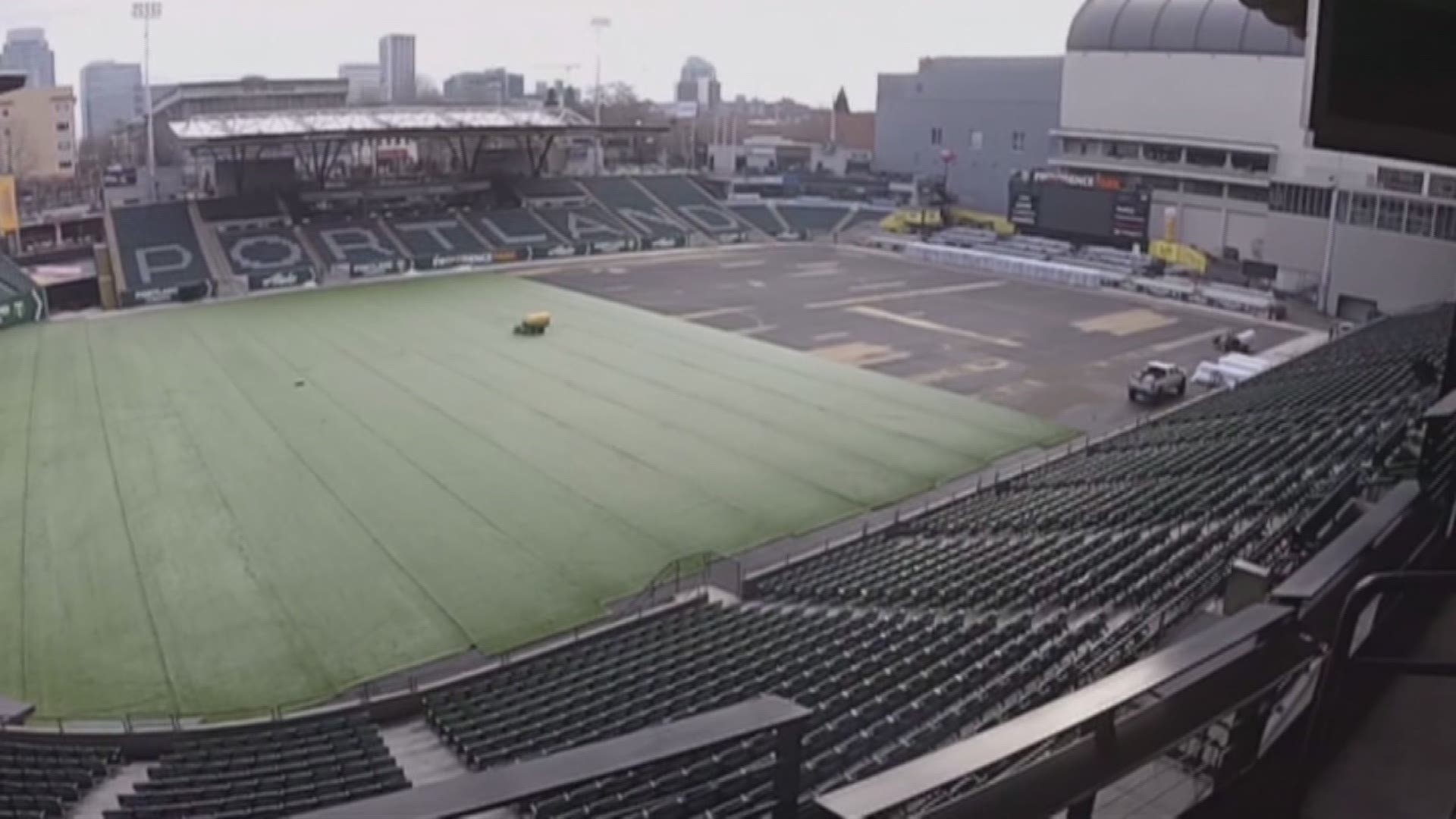 The Portland Timbers will be out to defend their MLS Cup Championship this season and they will have a brand new field to play on.

“Every two years we get the latest and the greatest from our friends with field turf,” said Ken Puckett, Vice President of Operations at Providence Park, “and this is our year to recycle and install a new field, so we’re excited about that.”

Using a field just two years doesn’t sound long, but Puckett says the Timbers want the best for their players.

“These fields have a life span of six to eight years on a rec level, but we feel that after two years they have about seen their life on a professional level.”

They use about 850 tons of fill, including two grades of rubber and silica sand with 15 to 16 layers in the process with the Revolution 360 turf.

“It’s also two toned colored if you look real close,” says Puckett. "There’s olive and green to give it more of a lusher real look on the cameras and a real feel playing in its composition.”

Puckett and the Timbers staff take great pride in the fact they continue to get a FIFA two-star rating for their fields. FIFA is the world governing body for soccer.

“FIFA came up with a grading system,” said Puckett. “And the FIFA two-star is the highest that you can get, which means your artificial field plays closest to natural grass that is humanly possible."

The Timbers will open the 2016 Season on Sunday, March 6, at Providence Park against the Columbus Crew.

The old field will be donated to Delta Park.