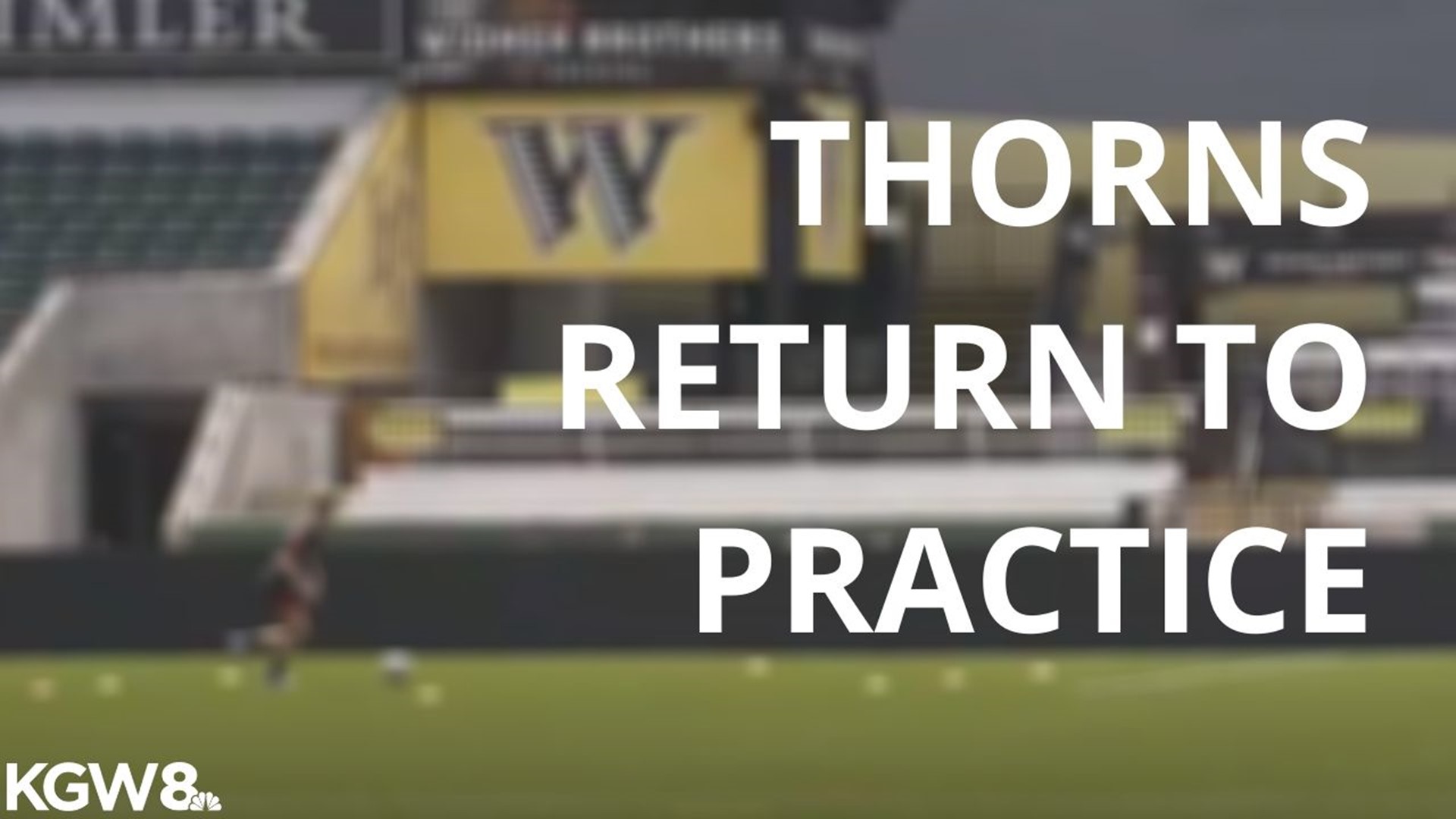 PORTLAND, Oregon — Inside Providence Park for the first time in months, the Portland Thorns returned to the pitch.

"It was a nice change up, I'm not going to lie," said Thorns star Christine Sinclair. "From finding random fields and training in your garage, to actually have a world class pitch to train on and actually get to throw on some Thorns gear, it was nice."

While still practicing social distancing, individual workouts for the club started this weekend. It's a good feeling for Sinclair, one of the game's all-time greats, but she's not getting her hopes up.

"It's a step in the direction of hopefully being able to play some games, some meaningful games throughout the rest of the year. It's a necessary step, but I still think we have a very long way to go."

Sinclair says she's fine and her family in Canada is as well. She had big plans for this summer, but that's all changed and now she's rolling with the punches.

"You head into this year with goals and aspirations, you qualify for the Olympics, and all of a sudden they're postponed. So just a little bit of a reset in terms of the focus for the year and just trying to make the most of it."

During an Olympic qualifier with Team Canada in January, Sinclair broke the all-time international scoring record, male or female. Drilling the 185th goal of her career, a relief - especially with the uncertainty of the sports world.

"That record had been weighing on me for probably a year and a half.  As the goals were ticking you start to realize, if I stay healthy, it's going to happen, it's just a matter of when.  It was a lot, it was stressful, especially with the national team.  You play one game and don't have another one for 3 or 4 months.  You have to sit with that for those months," said Sinclair.

"Obviously we had no idea this was going to happen, this pandemic. So, yes, I'm grateful that [the record was] out of the way before this all started because who knows when we'll play again."

While the former University of Portland star waits to play another match in Soccer City, her impact runs deeper than scoring goals or even winning championships. She's inspiring the future of the game. Her perspective has changed since competing with Canada when she was 16 years old.

"I still have that love and passion for the sport and this desire to win, this desire to improve and help my team win, whether it's with the Thorns or the National Team.  I think now it's more about what kind of impact I can have on the next generation," said Sinclair.

"Whether it's 5 and 6-year-olds that are dreaming, aspiring of one day playing for Canada or the Thorns, just dreaming their crazy wild dreams and hopefully to be an inspiration for them."