Two Texas football teams faced off in the state playoffs, but it was kindness that ultimately won the day. 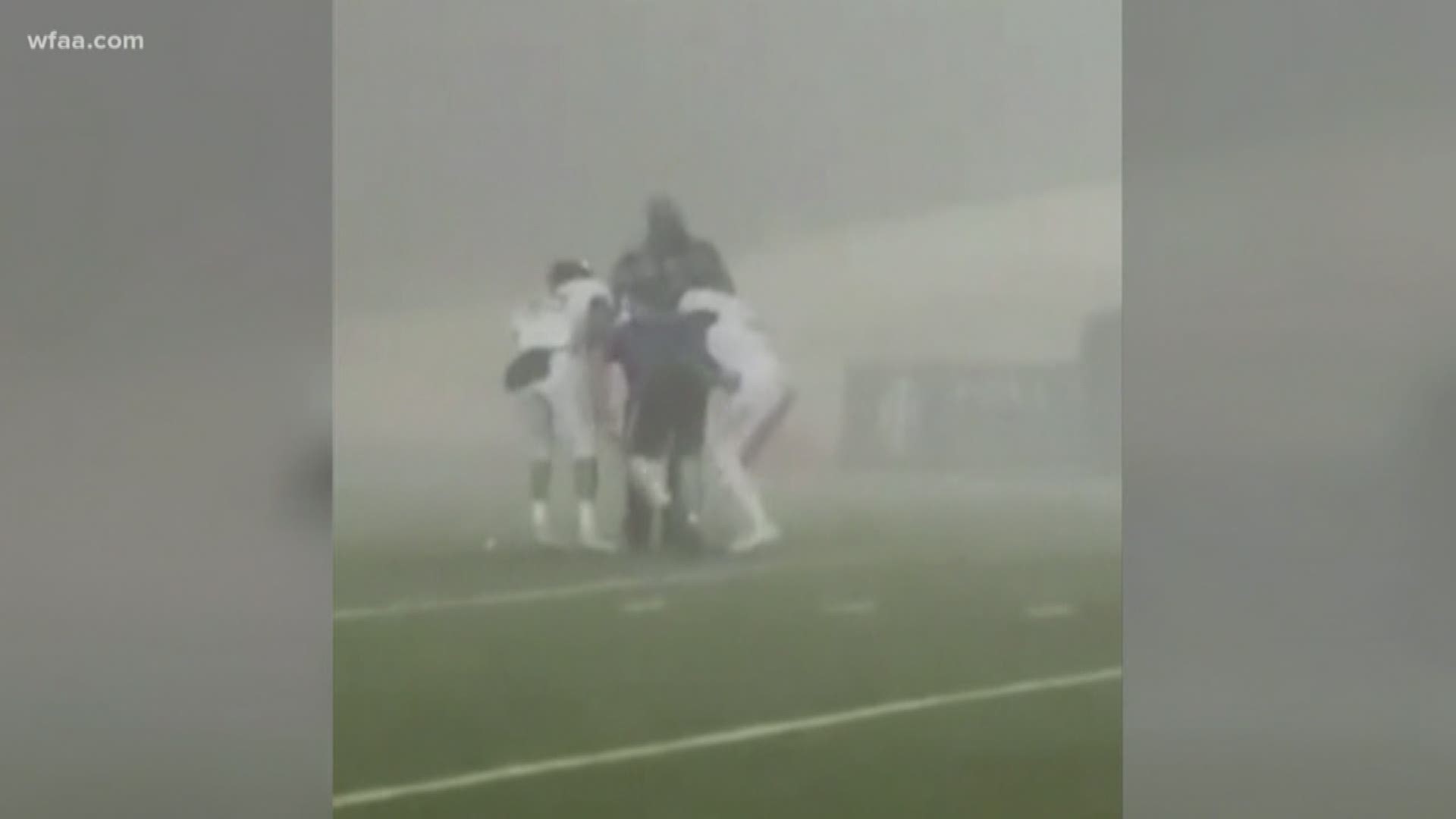 DECATUR, Texas — As the play-by-play announcer for the Decatur High School football team, and as a football dad himself, Pat Wadlington has seen it all.

But it's what he did not see during last Friday's playoff game against Dumas High School in Lubbock that got his attention.

"I saw no trash talking, no personal fouls, I saw no complaining," Wadlington said. "I saw kids helping one another up off the turf."

And as Dumas won with a field goal on that foggy night in Lubbock, Wadlington searched for his son Cam on the field, knowing he'd be devastated as his high school football career came to an end.

"I fell to the ground and I just-- my emotions were just getting to me," said Cam, a senior safety on the team.

Wadlington was shocked when he found his son.

"There were two Dumas demon players that had come to my son within seconds of them winning the game," he said.

That tender moment was caught on video.

"They were consoling my son," Wadlington said. "He was on his knees in the end zone. I just stopped, I was speechless."

"I really didn't expect it at all," Cam said. "I thought it was my own teammates who were picking me up."

Wadlington was so moved by the gesture, he decided to write a letter to the opposing coach.

"I am a father of a senior Decatur football player," he wrote.

"I was speechless that two high school players would have more compassion for their opponent in that situation than for their own excitement in winning a playoff game in that fashion."

He then sent the letter to the Dumas head football coach Aaron Dunnam, simply hoping it would make him feel good. He never could've expected what would happen next.

"I told pat I've read it over and over," Dunnam said of the letter. "And I keep finding myself going back and reading it."

"I asked his blessing to put it on social media."

And there it went: the letter written to the high school in the panhandle has been shared now more than 1,600 times.

Wadlington has been surprised by it all, but he says he's happy to highlight the character and sportsmanship he witnessed by their opponents on the gridiron.

"It put tears in my eyes for sure," Wadlington said. "To me, the real example for my son was set by those two boys from Dumas."