For the first time, a team of blind and visually impaired runners will tackle the Hood To Coast relay this year, with the help of running guides. 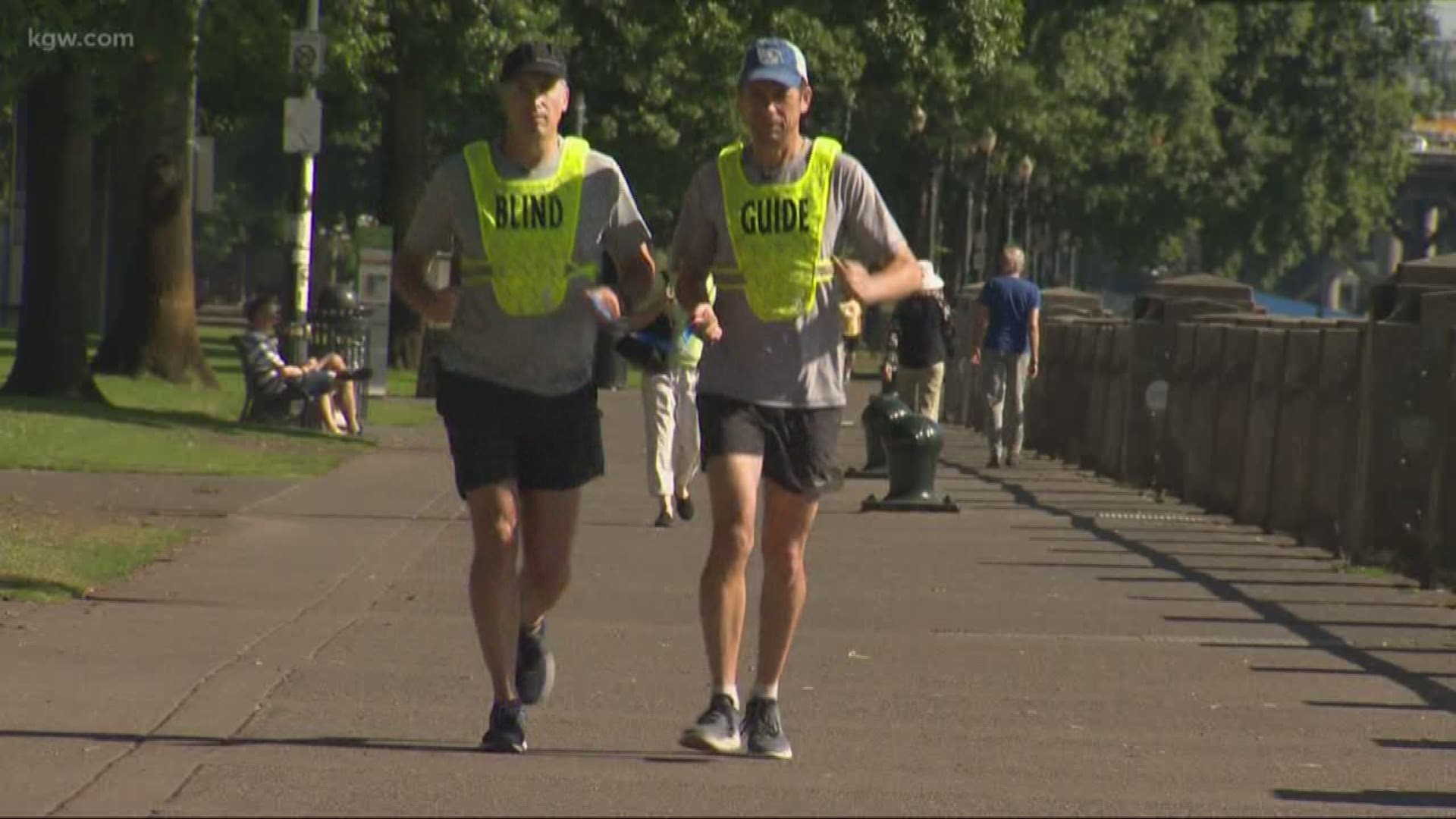 PORTLAND, Ore. — There will be a first at the Hood to Coast relay this year: A full team of blind or visually impaired runners will take to the course.

They will find their way with the help of running guides. The team is named “United in Stride Blind Runners”, because the runners and guides come together through an online database on the United in Stride website.

Darryl Adams is visually impaired. His peripheral vision is almost completely gone; his night vision is even worse. Adams was a competitive runner in high school and college, until his vision began to worsen due to a degenerative condition.

Running guides have helped him get back to running seriously.

“When I ran with somebody else, I was able to stop worrying about that I was going to run into something and really start enjoying the activity altogether," Adams said. "That just opens up a whole new world for me to get back out and keep enjoying what I love."

Mark Remy’s first experience as a guide was helping a friend compete in the Boston Marathon. He has been serving as a running guide for the past few years through United in Stride.

“Both parties get something out of it, I’m all for charity, but this isn’t charity," he said. "I enjoyed, at the risk of sounding a little hokey, that it opened my eyes to the world of visually impaired athletes.”

Remy said the best part is that running together creates meaningful bonds and friendships. Adams agrees. And he looks forward to returning to the Hood to Coast run for the first time in 20 years.

“It’s not just the running, it’s the camaraderie of the team, it’s the competition between the teams. And it’s fun, it’s fun to live with a van full of people for 24 hours or more,” said Adams.

United in Stride was founded in 2015, and today it is owned and operated by the Massachusetts Association for the Blind and Visually Impaired. But there are no state lines or borders that keep it from helping match runners and guides anywhere. It also helps walkers and guides connect.