They want the state to allow sports like football, basketball and cheerleading to be playe. 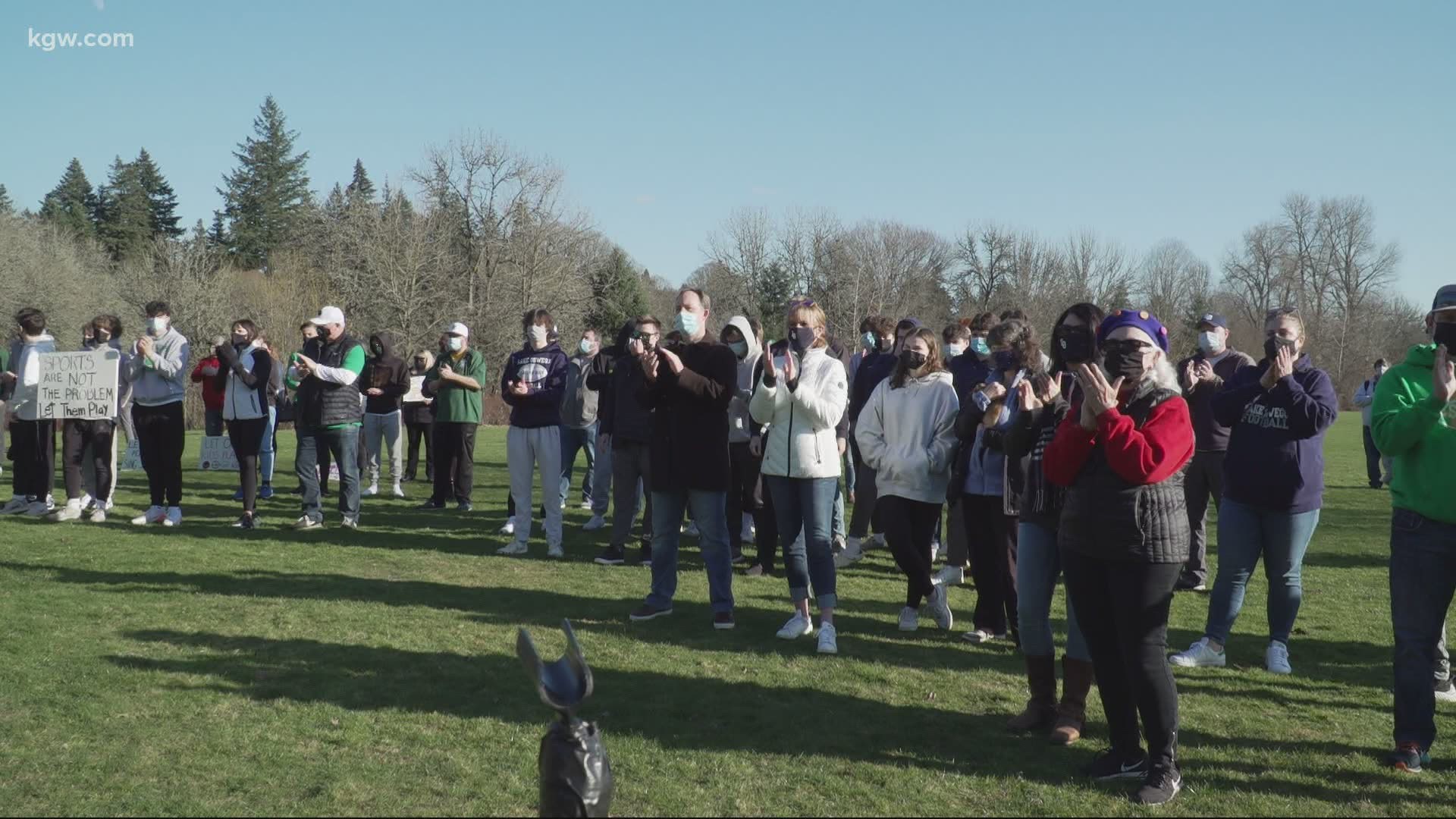 Dozen's of people gathered in West Linn's Mary S. Young Park to have their voices heard at a 'Let Them Play' rally.

They want youth contact sports to re-start. High school sports haven't been played since March. Right now, state guidelines prohibit many sports including, football, basketball and even cheerleading because they're considered full-contact sports.

"There have been 40 plus states that have played football to this point in the country so it's proven that you can play it safe," said West Linn High School football coach Chris Miller. "You just have to follow the protocols."

"We want to fight for our kids especially our seniors so they can have the opportunity to create lifelong memories," said Miller.

Parents say it's important for their children to get back to school, sports and other activities.

"I think that it's imperative that they do, the community needs it, kids really need it right now, it's time to go back and play,"  said Bobby DeBisschop, a parent of a high school senior.

The students who play sports say this has been a difficult time for them.

"It's been pretty tough, that's where I've made my best friends were I really formed some of my significant relationships met the most impactful mentors in my life and to not have that has really taken a toll on mental health and it's been tough to adjust to,"  said West Linn senior and football captain Cole Peters.