Vela gets goal, assist to lead LAFC past Timbers 3-2 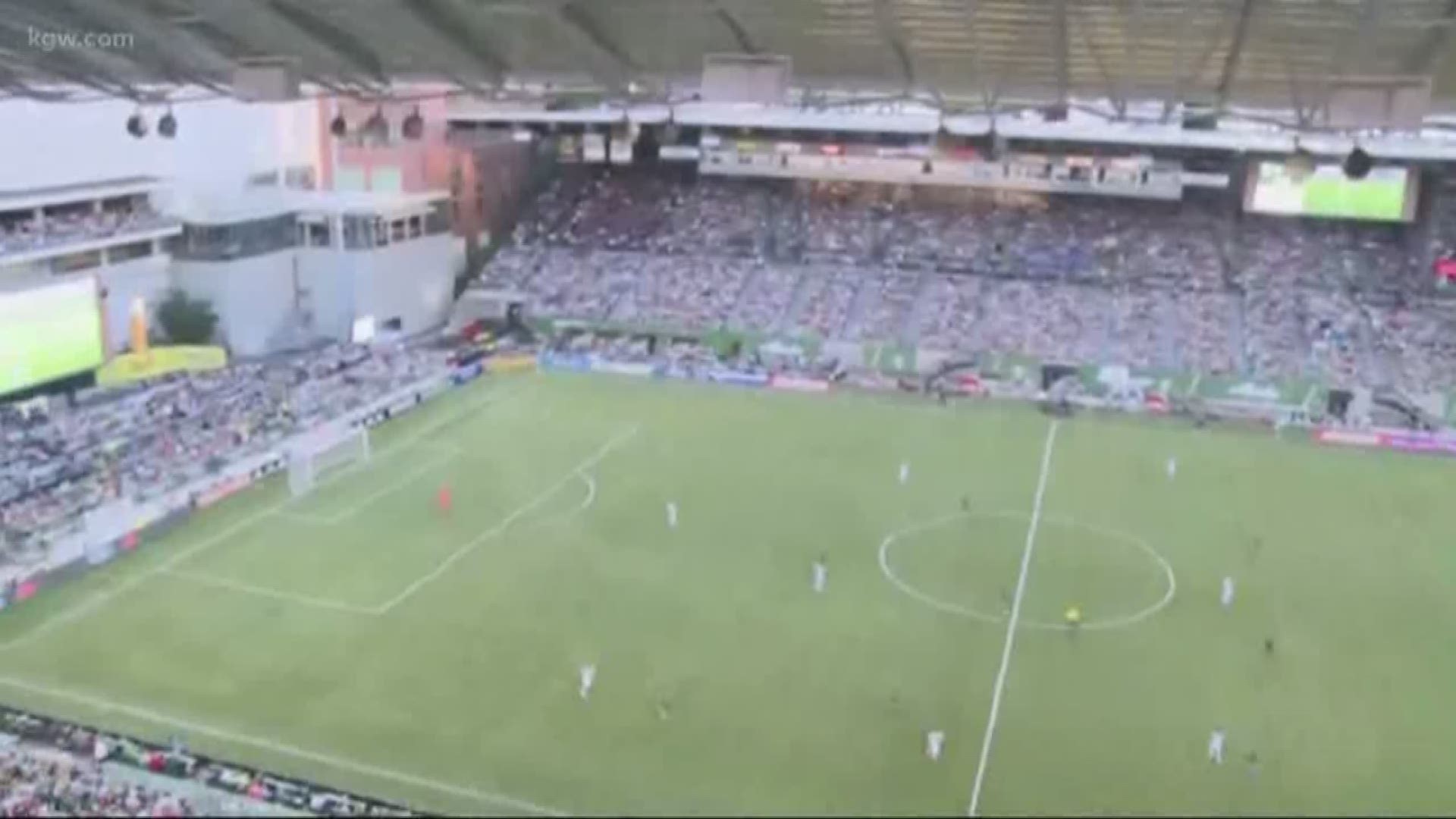 PORTLAND, Ore. (AP) — Carlos Vela had a goal and an assist in the first half to lead Los Angeles FC past the Portland Timbers 3-2 on Saturday.

Vela scored in the 6th minute after intercepting a pass from Portland goalkeeper Jeff Attinella. He found Diego Rossi on a cross for a goal that made it 2-0 in the 34th minute

Portland didn't go away. Christhian Paredes scored less than two minutes into the second half on a goalkeeper deflection as the Timbers pulled within a goal. But LAFC's Latif Blessing countered in the 54th minute with a wide-open volley off of a cross.

Brian Fernandez scored on a bicycle kick inside the six-yard box to pull Portland within 3-2 in the 85th minute. It was Fernandez's fourth goal in three appearances with the Timbers since he was acquired as a designated player on May 6.

It was the first home game of the season for the Timbers (4-7-2) and the debut of the remodeled Providence Park. According to the club, the expansion added 4,137 seats in a grandstand on the stadium's east side to push capacity over 25,000. MLS commissioner Don Garber was in attendance among the sellout crowd of 25,218.

Vela has 16 goals and 10 assists this season, six goals ahead of the next-highest scorer.

LAFC has scored a league-high 39 goals.

LAFC is in first place in the Western Conference and boasts one of the best records in the league. The Timbers, who made the MLS Cup final last season, went 4-6-2 in its first 12 games on the road.