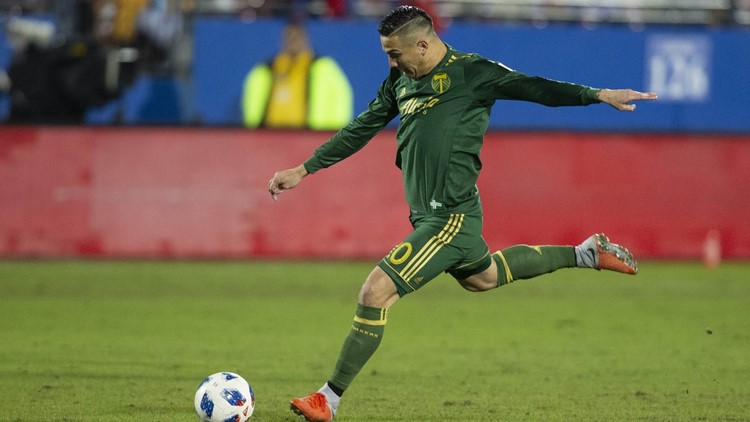 DALLAS — Diego Valeri scored two goals, the second with Portland a man down, and the Timbers beat FC Dallas 2-1 in a MLS knockout game Wednesday night.

The fifth-seeded Timbers advanced to a two-game Western Conference semifinal against Sporting Kansas City or the Seattle Sounders, depending on the outcome of Thursday's LAFC-Real Salt Lake match.

Valeri's first goal came in the 23rd minute on a free kick that he put inside the left post from 26 yards out.

In the 57th, Larrys Mabiala took down Dominique Badji as the last defender near the penalty box. The free kick was blocked but Portland was down to 10 men.

But in the 71st, Jeremy Ebobisse dropped off a short pass to Valeri in the goal box amid a scattered Dallas defense and Valeri nudged the ball into the net for his team-leading 12th goal.

“We showed a lot of character.”

Dallas broke through in the 94th minute with Matt Hedges heading in a goal but couldn't come up with another despite a few additional chances in stoppage time.

Portland came in with just four road wins this season, while fourth-seeded Dallas had been 10-2-5 at home. But Dallas also entered the postseason on a three-game losing streak, scoring just one goal in that span.