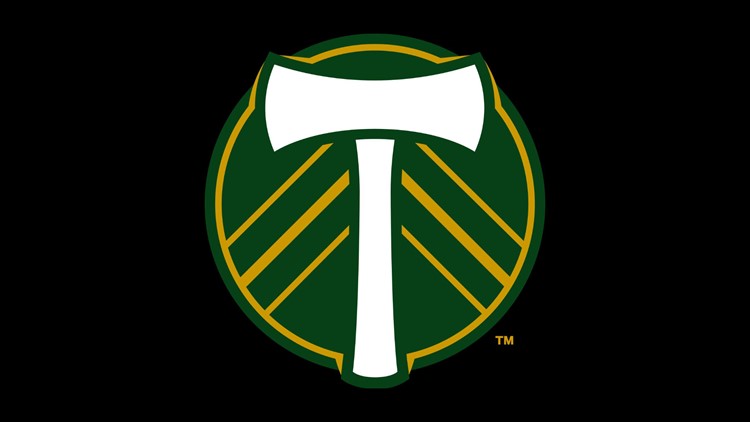 PORTLAND, Ore. — The Portland Timbers and Minnesota United played to a scoreless draw at a rain-soaked Providence Park Sunday, delaying Minnesota's bid for a berth in the Major League Soccer playoffs.

Minnesota (14-10-7, 49 points) could've clinched a playoff spot with a win against Portland and will clinch on their next win.

"We would've taken this situation before the season started — our aim was to make the playoffs, and now we're getting a bit greedy and we want a home field advantage," Minnesota coach Adrian Heath said. "It's in our hands now."

With the draw, The Timbers (13-13-5, 44 points) moved back into playoff position, but just barely. They are tied on points with FC Dallas, who play later Sunday, but sit ahead of them on tiebreakers.

Both sides exchanged plenty of scoring chances as the game's 50 total shots, 30 of them from Portland, was the most in an MLS match since 1998.

The Timbers, who have lost four of their last six games, have not scored in their last 270 minutes, all at home.

"It's disappointment because we created a lot of opportunities, we had clear chances," Timbers coach Giovanni Savarese said. "The luck is not with us at the moment. Basically every game is (hitting) two to three posts. I've got to give it to the guys — they are trying very hard and giving everything."

In the 10th minute, Minnesota's Mason Toye fired a close-range header just barely over the crossbar. In the 17th minute, Portland's Larrys Mabiala headed a corner kick from close-range that goalkeeper Vito Mannone parried away.

Sebastian Blanco hit the crossbar with a curling shot from the top of the box in stoppage time of the first half.

As the stalemate dragged on, the game started to open up and both sides had closer chances.

Robin Lod nearly scored for United in the 61st minute, heading a lofted free kick off the crossbar.

Jeremy Ebobisse fired a close-range header in the 67th minute that Mannone slapped away. Right back Jorge Moreira lofted a long cross to Ebobisse at the back post, who couldn't get past Mannone.

"I think he saved the ones he should've saved," Heath said, adding that Mannone was not forced to make any spectacular saves. "We needed him. At times, his ball handling was exceptional because it was a little greasy out there today."

The Timbers appealed for a penalty in the 88th minute after a Paredes cross hit Minnesota's Chase Gasper in the left arm, but play was allowed to continue without a video review.

Captain Diego Valeri, who has started in the Timbers' last 15 games, started on the bench Sunday in an effort to give the veteran rest. He came on in the 60th minute for striker Brian Fernandez, who Savarese said was dizzy.

Fernandez returned to the Timbers in their previous match after a stomach flu prevented him from starting the two prior matches. Savarese said his dizziness Sunday could be related to that illness.

After a recent rash of injuries, the Timbers had more usual starters available than they have had in several games.

Minnesota United had a full first-choice lineup available. The team's newest young designated player, Thomas Chacon, did not make the bench for Sunday's game in a coaching decision. He was acquired last month from Uruguayan first-division team Danubio FC.

The Timbers have three matches left in the regular season. Up next, they host the New England Revolution midweek before heading to Kansas City next Sunday.

"Individually, we're all taking a close look at the table just to assuage our own fears, but as a team we're focused on ourselves," Ebobisse said of the Timbers' playoff hopes. "It's still within our control. It gets harder and harder. . The pressure is mounting, but if we can get through this moment unscathed, I think we can make a run."