Major League Soccer banned several members of the Timbers Army for flying banners displaying the Iron Front symbol, which is associated with the Antifa movement. 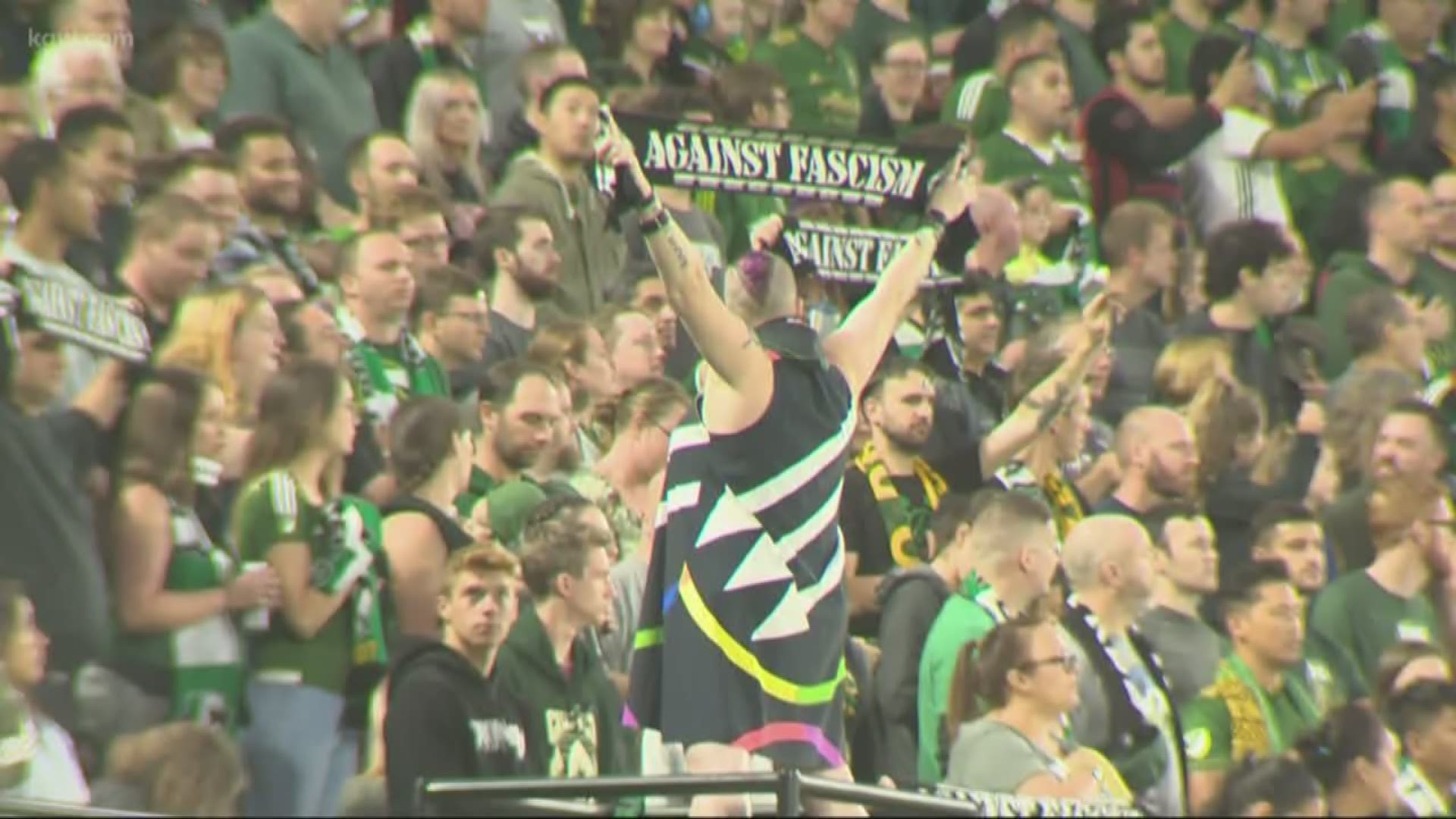 PORTLAND, Ore. — As the Portland Timbers played Saturday night at Providence Park, the Timbers Army once again packed the stands, minus a few regulars.

The Iron Front symbol has recently become associated with the Antifa movement. Now, it's been banned under the league's policy against political signs.

RELATED: Timbers Army silent for 33 minutes in game against Sounders to protest ban of anti-fascist symbol

One of those banned is Abram Goldman-Armstrong, the owner of Cider Riot.

"I am very disappointed that the club is prohibiting the display of anti-fascist and anti-racist symbols in the stadium," Goldman-Armstrong told KGW in a statement.

"I have been a season ticket holder in section 107 since 2001, and being anti-fascist and anti-racist has been an integral part of the Timbers army since its inception. We have a multi-ethnic team from all over the world. Support for the team means support for the players both on and off the pitch," Goldman-Armstrong said.

The Timbers Army has also been vocal about the ban.

They released a statement on their blog earlier this week that read, in part: "We disagree with the league's stance, with its misapplication of the fan code of conduct, and with its failure to consult with human rights experts in the code's creation."

On Saturday night, as the Timbers Army held its usual spot at one end of Providence Park, one member of the Army wore the Iron Front while leading chants and also held a scarf that said, "Against Fascism."

Even supporters of tonight’s opponent, Sporting Kansas City, are surprised by the ban.

"I think soccer culture supports this," one said. "It's surprising they would ban fans for saying what they believe in."