Each of the last two seasons the team spent extended time away from home to start the season. They're enjoying the change of pace this year. 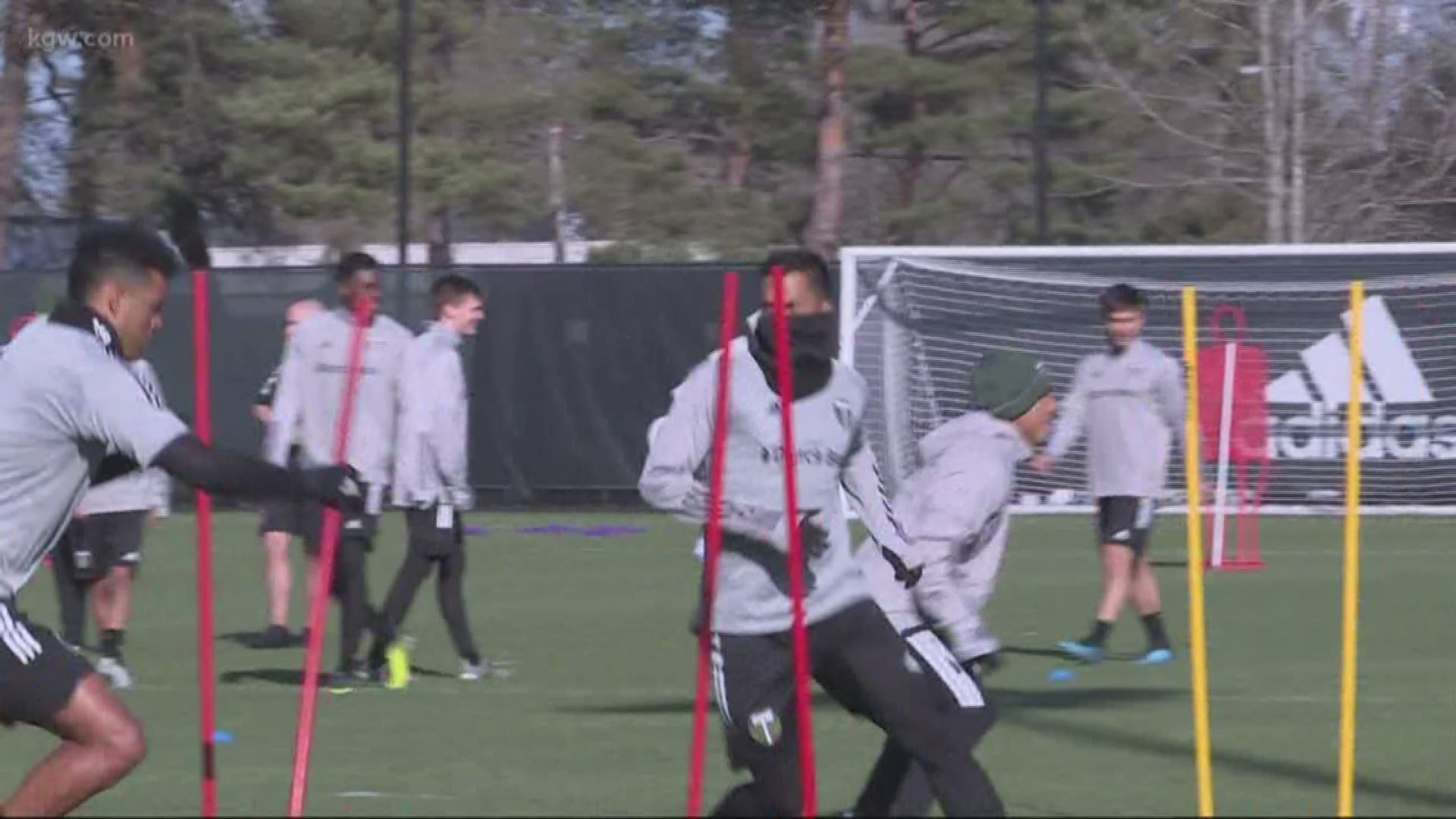 BEAVERTON, Ore. — On a nice partly sunny day at the Portland Timbers training facility there were lot of smiling faces. The team is at home working out. They’ve already played one preseason game at Providence Park and will open the regular season there.

That’s a big change for the Timbers. Each of the last two seasons the team spent extended time away from home to start the season. Last season, they didn’t play their first home match until June.

Players like Diego Valeri say it's good to be at home for them and their families.

“It’s great. It’s been a journey. We’re training great. The games have been good, too.  We’re having a good time,” Valeri said after Tuesday’s practice.

Head coach Giovanni Savarese likes playing games at home during the preseason he said “When it’s your crowd it’s even more fun. It’s been great.”