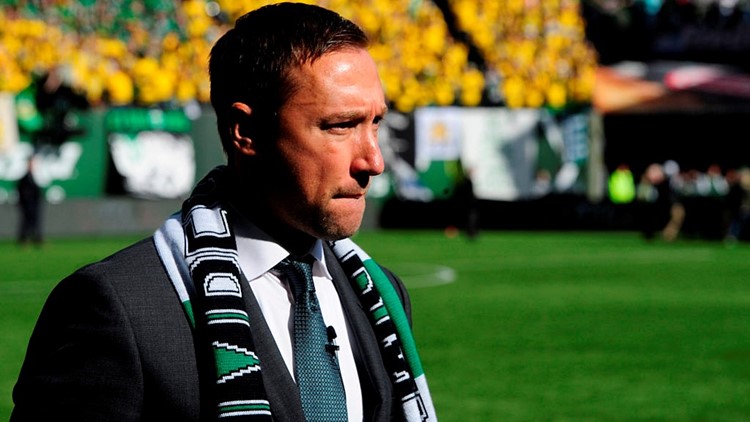 Photo by: Steve Dykes/Getty Images
Head coach Caleb Porter of the Portland Timbers walks out onto the pitch before the game against the Columbus Crew at Providence Park on March 6, 2016 in Portland, Oregon.

COLUMBUS, Ohio — The Columbus Crew has named Tim Bezbatchenko as its new president and Caleb Porter as head coach.

The moves come with a new ownership group led by Cleveland Browns owners Dee and Jimmy Haslam expected to take over and plans in the works for a new downtown stadium. The MLS team was at risk of being moved to Austin, Texas, by its present owners before the local group stepped in.

The 37-year-old Bezbatchenko was Toronto FC's vice president of soccer operations and general manager from 2013-18.

The Crew opens the season March 2.