Lindsey Horan scored in the 50th minute, and the Portland Thorns beat the North Carolina Courage 1-0 on Saturday for the National Women's Soccer League championship. 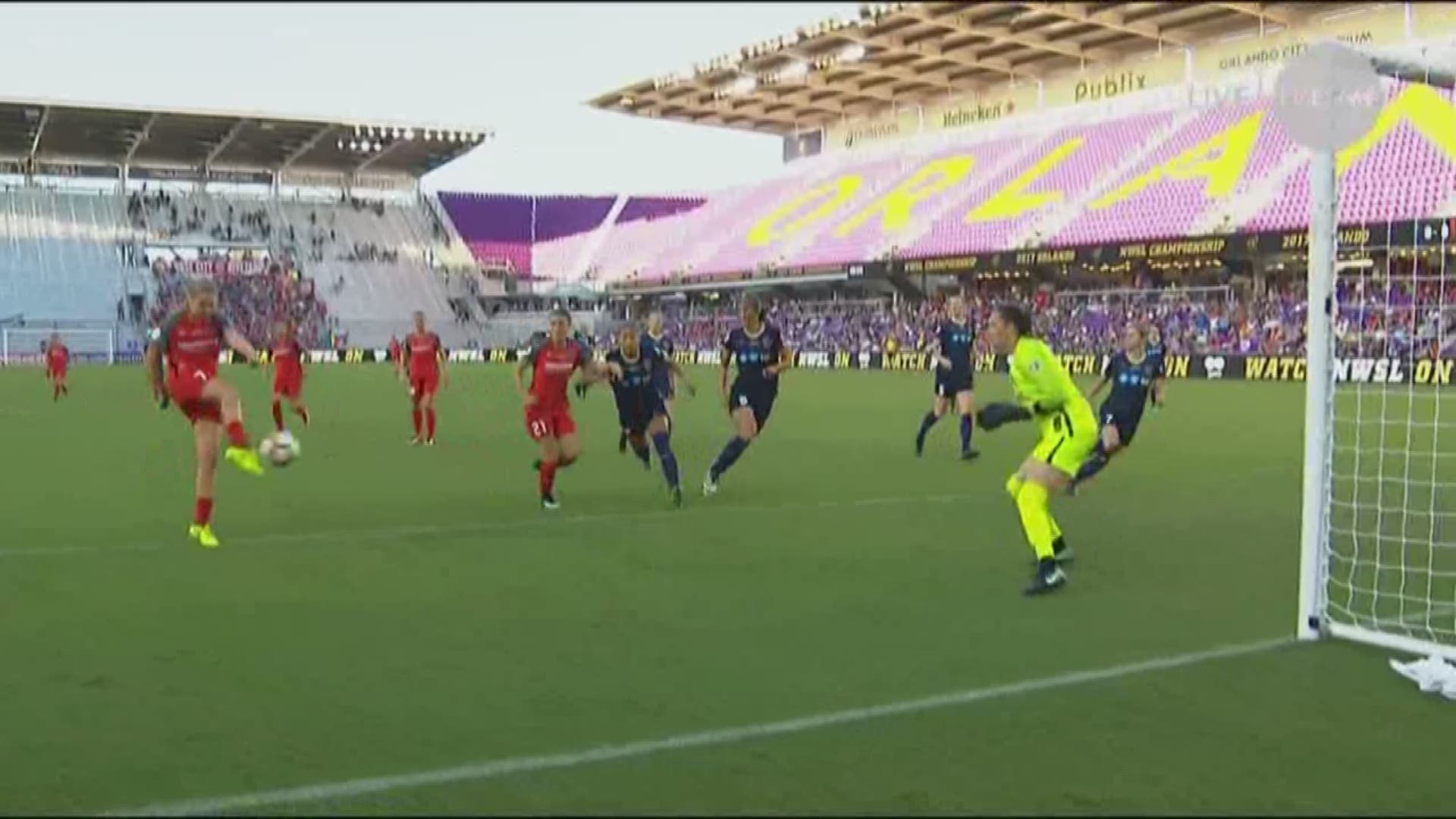 It is Portland's second title . The Thorns also won the NWSL's inaugural championship in 2013.

The Courage, who finished the regular season atop the league standings, lost both Taylor Smith and Kristen Hamilton to injury in the first half of the physical match in front of 8,124 fans at Orlando City Stadium.

"Maybe the most beautiful ugly game I've ever been a part of," Thorns coach Mark Parsons said.

No team has ever won the Supporters' Shield and the championship in the same season. The Courage also were trying for back-to-back titles.

"It hurts deep in the gut," Courage midfielder McCall Zerboni said. "We improved every week, every month. Everyone got better this year."

The Thorns were knocked by the New York Flash last season in a semifinal match at Providence Park. The Flash went on to beat the Washington Spirit for the league title before moving to North Carolina and becoming the Courage.

"I didn't get over that loss for a very long time," Horan said.

The Thorns' journey this year included a team-bonding trip to Astoria to start the season and a league-high 10 wins at home for a 14-5-5 finish before a 4-1 semifinal victory over the Orlando Pride.

In its semifinal, North Carolina defeated the Chicago Red Stars 1-0 on Denise O'Sullivan's goal in the 90th minute.

The Courage finished 16-7-1 to claim the Supporters' Shield. The team won its first four games this season and stayed atop the table for almost the rest of the way, led by Lynn Williams — last season's league MVP — with nine goals and five assists.

Christine Sinclair, who plays for the Canadian national team, was Portland's top scorer this year with eight goals. Meghan Klingenberg had six assists.

Portland beat the Flash 2-0 to win the championship in the league's first season in 2013. This season, the two teams split their two regular-season meetings.

The Thorns planned a rally for Sunday at Providence Park to celebrate with their hometown fans . The next day Portland's U.S. national team players, including Horan, Tobin Heath and Allie Long, depart for training in advance of two games later this month against South Korea.

The NWSL is wrapping up its fifth season. No other professional women's soccer league in the United States has lasted as long.

The league was boosted by a television deal that put games on Lifetime throughout the season, including the championship.