"I think it's like this snowball at the top of a hill and we just gave it a huge push during this World Cup," said Thorns player Meghan Klingenberg. 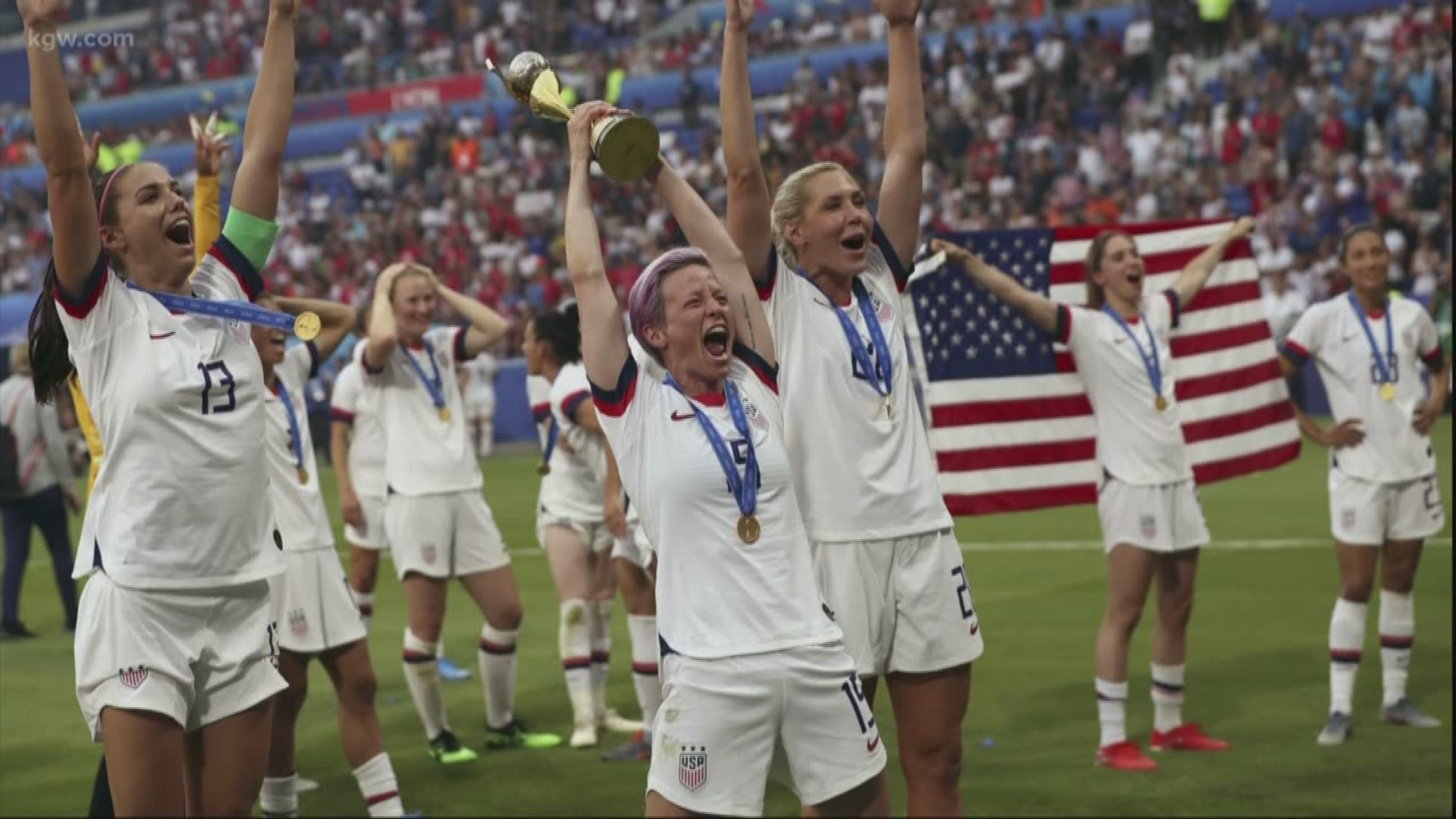 PORTLAND, Ore. — The Portland Thorns were back on the pitch at Providence Park on Tuesday, just two days after four of their teammates clinched another World Cup championship for the U.S.

“It’s so awesome for them. We loved following them every step of the way. Not only the U.S. girls, but all the girls that were at the World Cup,” Thorns defender Katherine Reynolds said. “I mean, it’s just such an incredible achievement and they all played so well. We missed them, but they were out doing great things. So, we’ll be happy to have them back, but so happy they won it all.”

With the Thorns’ strong fan base, the team has become a model of sorts for other National Women’s Soccer League teams across the country. Team members tell KGW they hope this momentum and love for the sport of women’s soccer only continues to grow.

“I think it’s an amazing win for women’s soccer in general. I hope that there’s more investment because of the interest that’s been generated. I hope there’s more dollars going to countries around the world,” Thorns defender Meghan Klingenberg said.

Klingenberg was part of the 2015 World Cup-winning team. She hopes the latest win creates a ripple effect of real financial and fan support for the teams these international soccer stars play for within the NWSL.

“The more women we get to play soccer and the more money invested, the better the quality, the more interest there'll be,” Klingenberg said. “And I think it's like this snowball at the top of a hill and we just gave it a huge push during this World Cup. And hopefully it snowballs into an avalanche.”

The Thorns are touted as the best-supported women’s club soccer team in the world, leading the league in average attendance for the sixth year in a row in 2018. The Thorns averaged 16,959 fans per game that year while the league overall averaged 6,000, according to KGW’s news partners at The Oregonian.

“We're so lucky here in Portland that we get to fill the stadium almost every home game. So, we're pretty spoiled, but I do hope that – I mean they gained a lot of new fans and followers and I hope it sticks for longer than just this next year… people keep following these players and end up following the local NWSL teams and support all of us, not just that national team players,” Reynolds said.

“When you win, and you create more revenue and you do all of these things to increase the value of U.S. soccer, then the players should be paid accordingly,” Klingenberg said. “And in my opinion, I just wish they chanted equitable pay, because I think they should be paid more.”

When the USWNT players will return to Providence Park to play for the Thorns is up in the air, but Coach Mark Parsons says do not count on seeing them on the field this Sunday's home game.

“It looks like they’re still having a good time. So, I didn’t want to interrupt their good time. They’ve earned it. But it’s not clear yet. Communication is ongoing. I’m hoping in the next few days we’ll have a clear date,” Parsons said. “We would obviously love them back as soon as possible, but we want them back when they’ve gone through, whatever they need to go through to come back, be ready, be prepared, be at their best, ready to help us perform.”

The Portland Thorns play their next game at Providence Park at noon Sunday, July 14, against the Orlando Pride.