Olivia Moultrie entered Wednesday’s preseason game against the USA Under-23 Women’s National Team at the start of the second half. 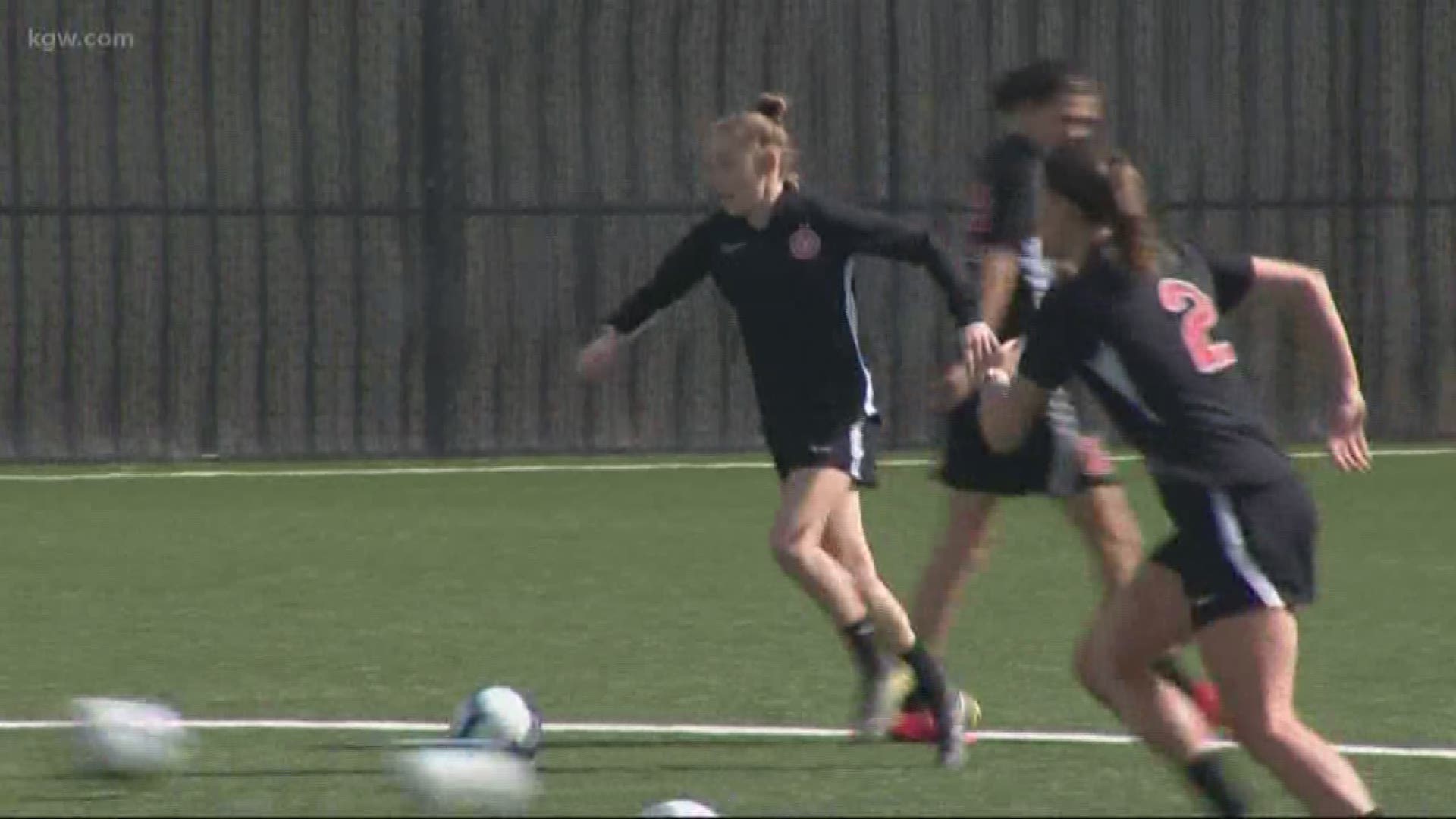 PORTLAND, Ore. — A teenage soccer phenom made her professional debut Wednesday night for the Portland Thorns.

Olivia Moultrie, 13, entered Wednesday’s preseason game against the USA Under-23 Women’s National Team at the start of the second half. According to The Oregonian’s Jamie Goldberg, Moultrie didn’t have many touches but held her own playing with and against much older players.

“If we sit there and count her actions and look at her decision-making, which is what the game is about, I think you got to be very, very happy,” Thorns coach Mark Parsons told Goldberg after the game.

Moultrie made headlines in February when she signed with a sports agency, forgoing her college eligibility. When she was 11, Moultrie had committed to playing for the University of North Carolina. In addition to signing with Wasserman Media Group, Moultrie signed an endorsement deal with Nike.

Moultrie was featured in a Serena Williams-narrated Nike commercial that aired during the Academy Awards. Moultrie appears at the 1:15 mark.

National Women’s Soccer League rules prevent players younger than 18 from competing in the league. But that rule does not apply to preseason games.