The U.S. will be competing for their fourth World Cup title and the second in arrow. The match begins at 8 a.m. PST. 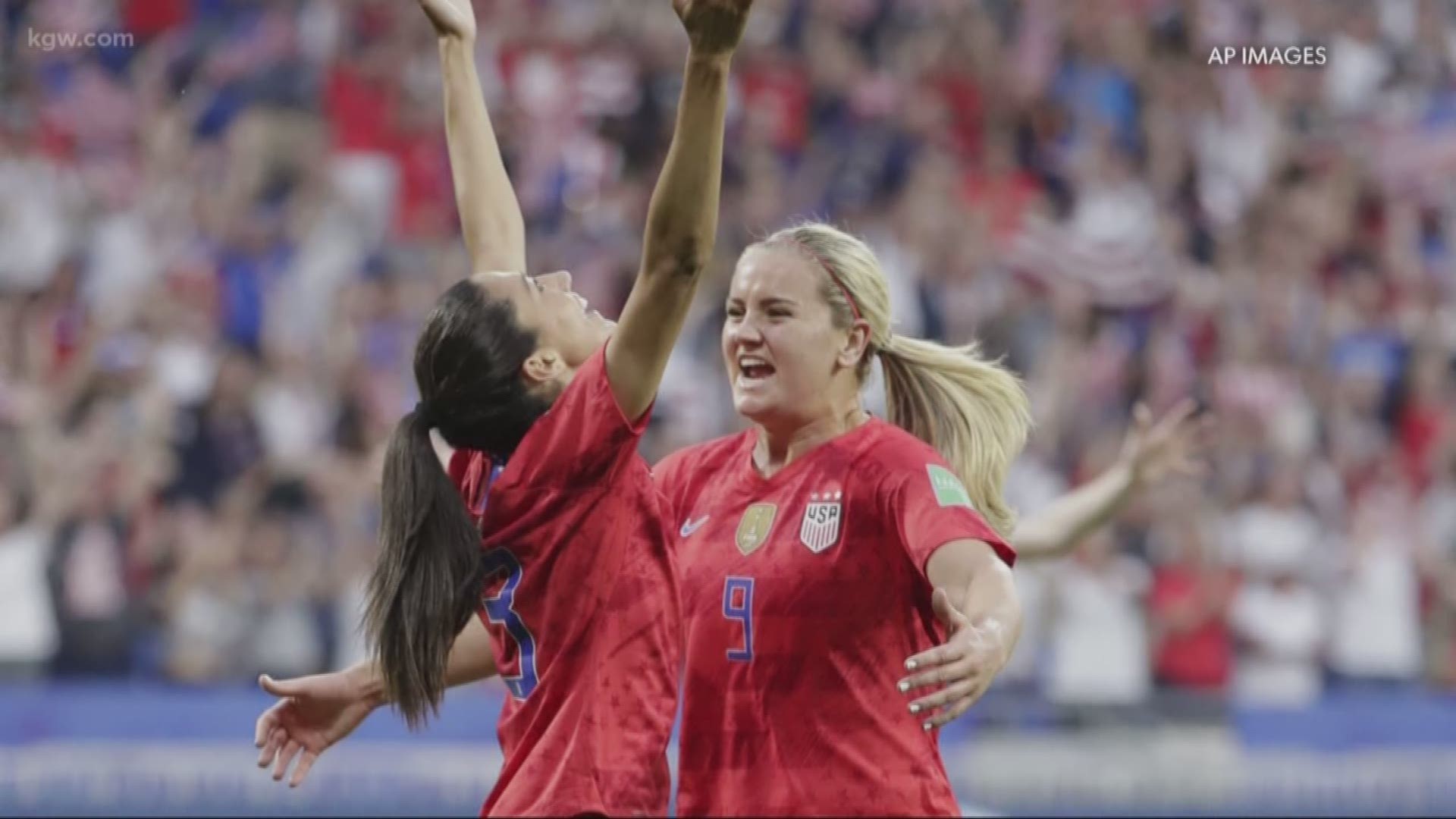 PORTLAND, Ore. — Portland fans can’t wait to see the U.S. take on the Netherlands in the Women’s World Cup on Sunday.

To win it all.

It's a big deal, but even bigger because of the four Thorns players who will part of it all. The game starts early on the West Coast, but that won't stop people from watching.

“I’m probably going to be waking up early, mainly cause my mom will be too,” said soccer fan Max Gorlach. “My Mom will probably take us out somewhere to eat to watch it so, that would be a good idea. Yeah, I will probably be up rooting for the U.S. Hopefully they will win”

There's no question these young players will be up to watch the final match.

As they workout under the watchful eyes of their coach and parents, they have their own national team dreams and they like what they see from the U.S. women's national team this year.

Ana Gorlach plays for Lincoln High School and has committed to the University of San Francisco for college. Her favorite on the team is Lindsay Horan but the entire squad has special meaning to her.

“The USA team, those are my role models, those are who I have looked after soccer wise,” Gorlach said. For me to see them make it the finals, it's pretty crazy for me. “I'm excited and happy to see them play.”

The U.S. will be competing for their fourth World Cup title and the second in a row. The match begins at 8 a.m. PST.