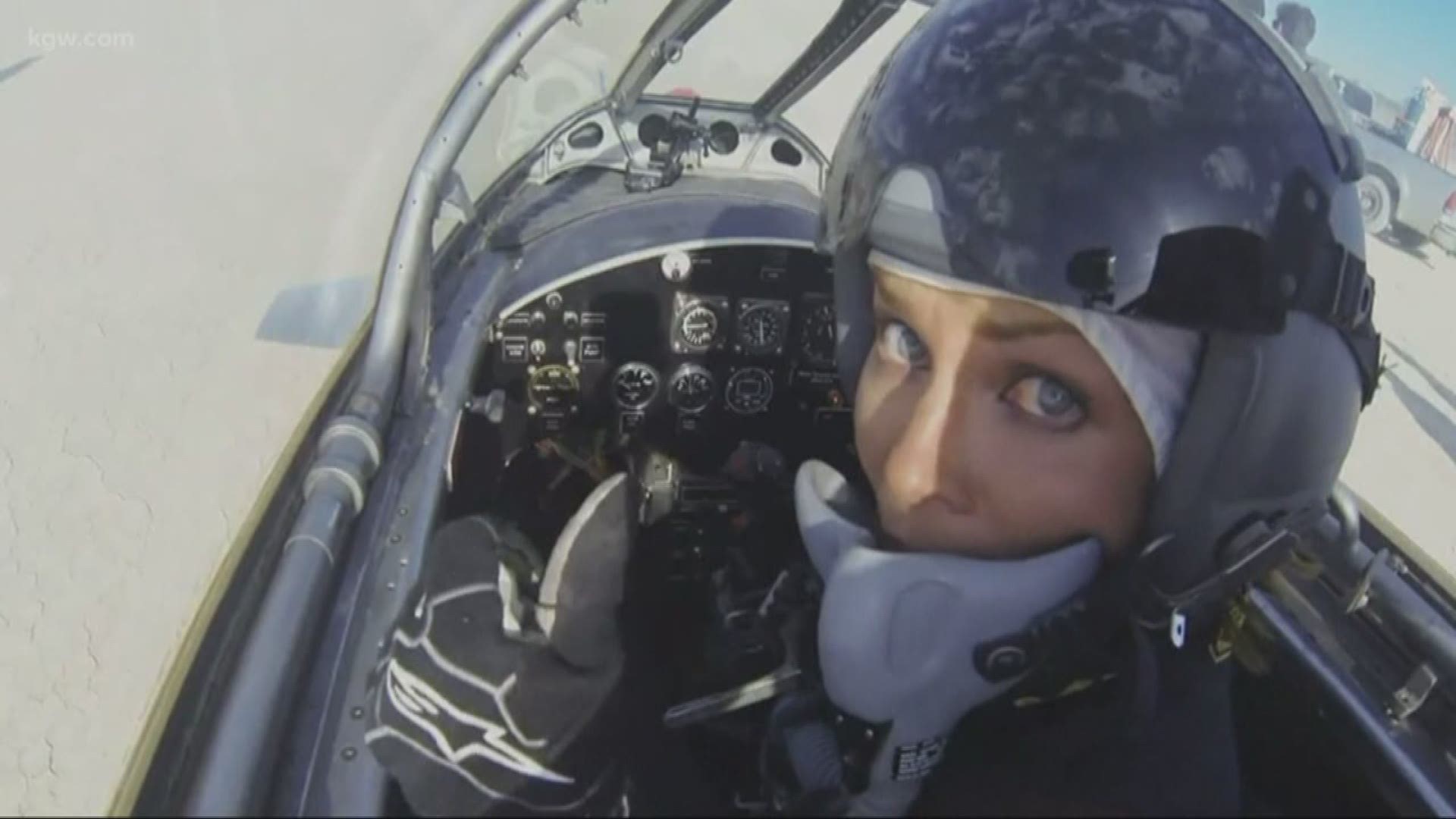 PORTLAND, Ore. — Jessi Combs, the so called "fastest woman on four wheels,” died while trying to break a land speed record in her jet car Tuesday in Southeastern Oregon.

It happened in a dry lake bed in Harney County's Alvord Desert.

Combs, 39, was driving her famed North American Eagle, a 56-foot-long jet-powered car. Her goal was to top the current women's land speed record of 512.7 miles an hour.

Kitty O'Neil set the record in the Alvord Desert in 1976.

“She was an inspiration to young girls,” said Ron Huegli, curator for the World of Speed Motorsports Museum in Wilsonville and a race car driver. “We know going into it that we could die, but we don’t want to.”

Huegli is also crew chief for the Target 550, a streamliner race car designed to go 500-miles an hour based in Aurora, Oregon.

“It breaks my heart,” said Thompson. “[Combs] is such an inspirational person.”

About 5 years ago, Thompson, who lives in Arizona, said she had an opportunity to pilot the North American Eagle before going in a different direction. She remembers sitting in its driver's seat.

“I turned on the afterburners, it's so amazing, the horse power is incredible,” said Thompson. “The safety, too, is another thing.”

Thompson said she had concerns about the North American Eagle's safety. She wonders what if she had been driving it, instead of Combs.

“It's painful,” said Thompson. “All we can do is do better.”

The Harney County Sheriff's Office is still investigating what caused the crash that killed Combs.

Huegli said even when the investigation is over, he's confident their sport will go on, it's what drives them.

“We’re the modern day adventurers,” said Huegli. “We'll continue to do it because there's always a record to be broken.”