She reached the milestone just hours after speaking at the memorial service of her mentor Kobe Bryant. 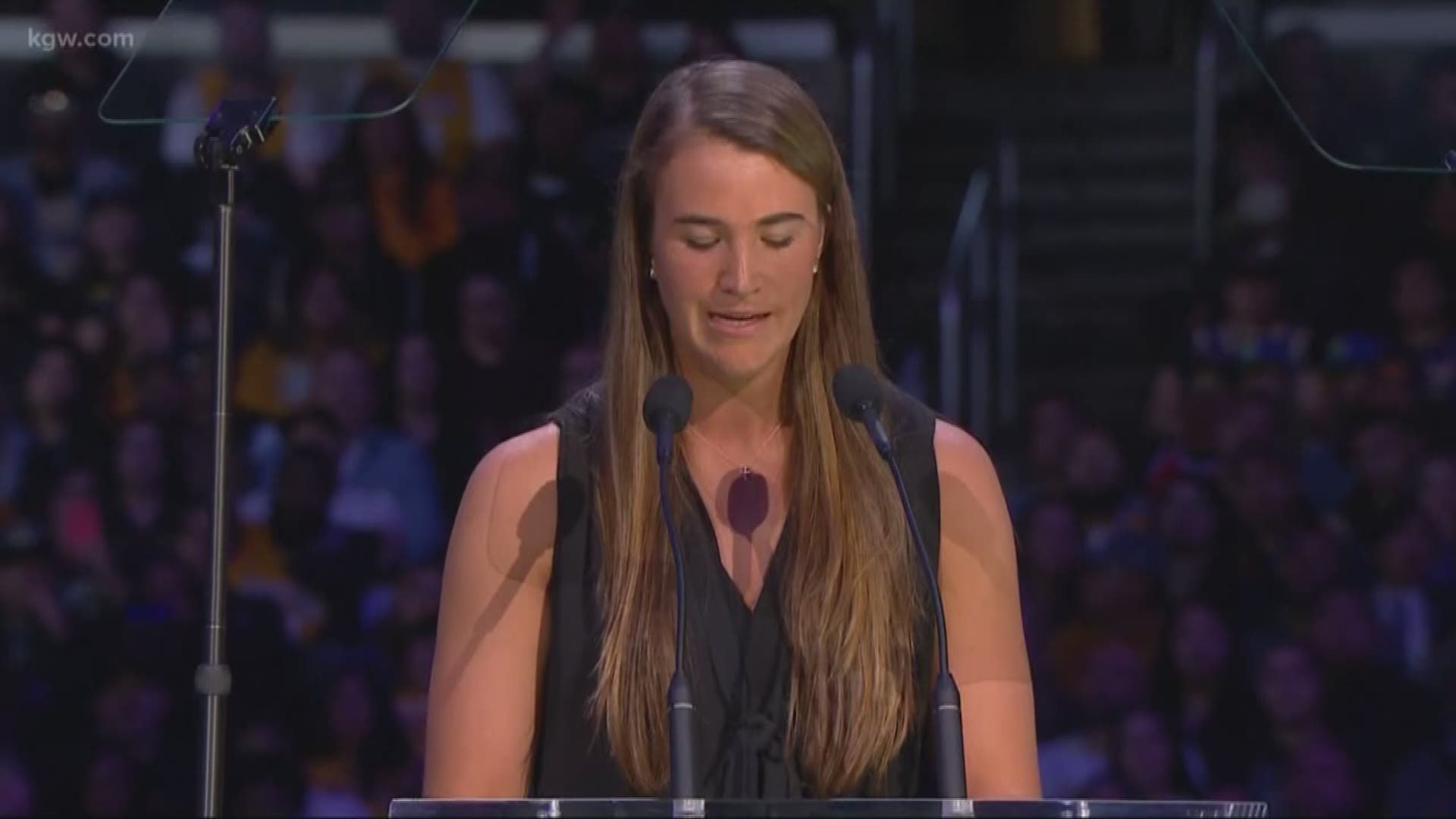 She reached the mark after speaking earlier in the day at the memorial service for mentor Kobe Bryant at the Staples Center in Los Angeles.

Ionescu hit the milestone on a defensive rebound with 1:47 remaining in the third quarter and finished with 21 points, 12 assists and 12 rebounds in her first triple-double against a top-10 opponent and eighth overall this season to help Oregon (26-2, 15-1 Pac-12) clinch at least a share of its third straight Pac-12 regular-season title.

Ionescu also had a triple-double Friday night at California while playing near her East Bay hometown of Walnut Creek, then delivered her eighth career road triple-double for the Ducks on an emotional day just hours after attending the service for Bryant and daughter, Gianna, in Southern California.

Ionescu got to 1,000 assists in a win at UCLA on Feb. 14. She had her NCAA-record 25th career triple-double at California on Friday night — also most in the men’s or women’s game. She came into Monday’s game needing nine rebounds for the 1,000 mark.

Golden State Warriors star Stephen Curry sat on the baseline supporting Ionescu and women’s basketball for the second straight game she played in Northern California after he was in Berkeley with his two daughters Friday night. He watched Oregon run its winning streak to 14 in a row and nine straight on the road.

The Cardinal had their four-game winning streak snapped with just a second defeat at Maples Pavilion this season.

Oregon jumped out to a 25-10 lead then led 32-22 at halftime after four turnovers late in the second quarter allowed Stanford to stay close.