Pac-12 football season to begin without fans on Nov. 6

There will be no fans allowed at any Pac-12 games taking place on their schools' campuses until at least January 2021, according to the conference. 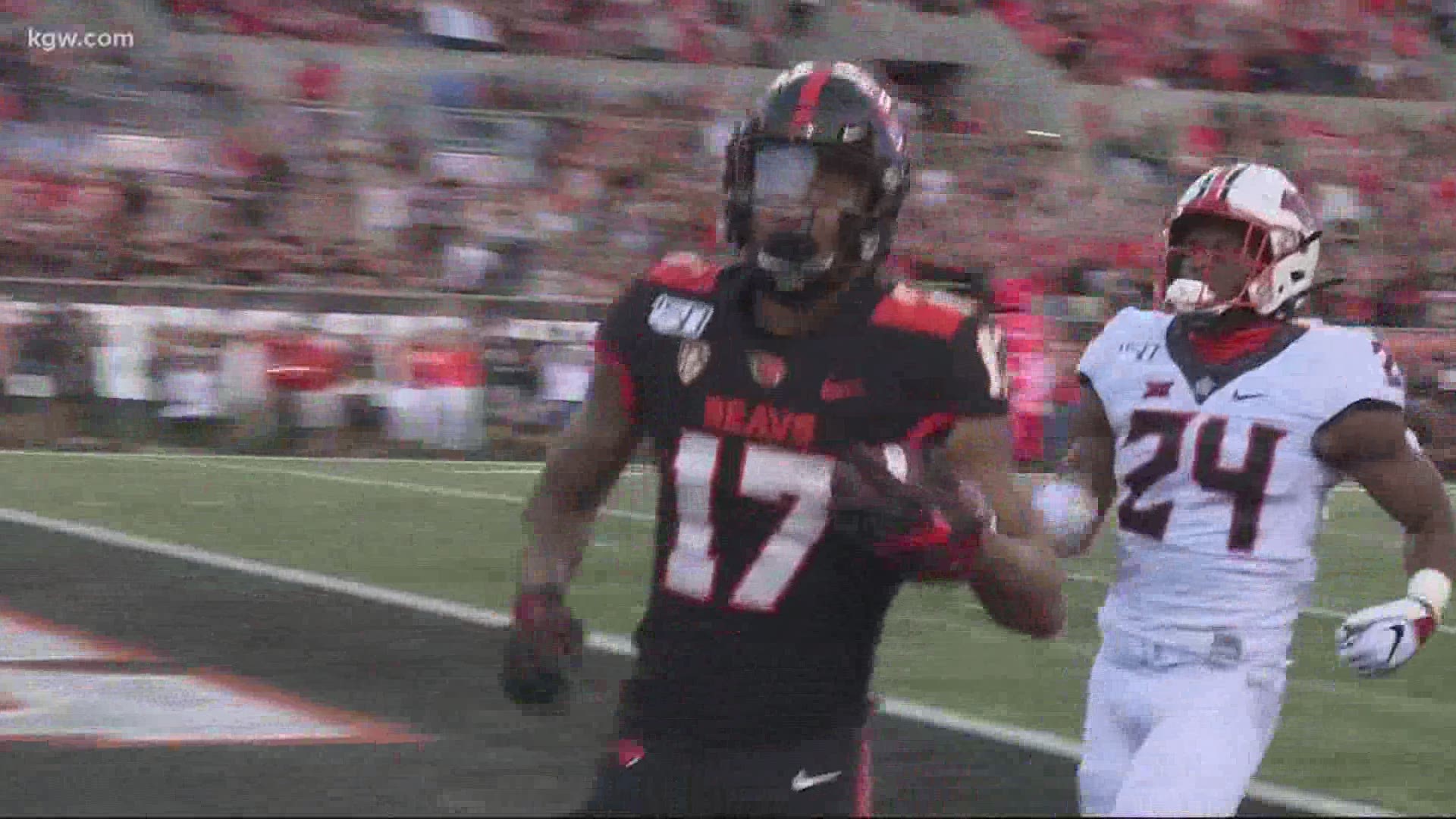 SAN FRANCISCO — The Pac-12 unanimously voted on Thursday to begin its football season on November 6 after a multiple month delay caused by the coronavirus pandemic.

Jon Wilner of the Pac-12 Hotline first reported the news.

"This whole off season Coach Rolovich's slogan has been green light, like we're just waiting for the green light," WSU quarterback Gunner Cruz told KREM 2's sister station in Phoenix. "Waiting for the green light and then we're going to hit the ground running. Right after our warm ups today during our walk through he brought the whole team up and he was like, 'Green light!' and then everybody got excited. They were fired up. It was good energy at practice."

The season will start on Nov. 6 and all teams will play seven games, with the conference championship game happening on Dec. 18. The seven-game schedule means that there will be other games played on championship weekend outside of the championship tilt.

No schedules have been determined yet. Those will be determined next week. However, the make up of the schedule is set. Each team will play each of the other teams in their Pac-12 division plus one crossover game with an opponent from the other division.

Announcement will include basketball, which starts Thanksgiving weekend. I have not confirmed the fb start date https://t.co/YPEmoY5j0H

"They were excited because it started to leak before they went out on the field," Nick Rolovich said of his team on his radio show on Thursday. "They've been working real hard. It hasn't been easy as anybody could imagine for a young person. The majority of our time together has been spent via Zoom. I'm still getting to know the guys. I think they're really excited to at least have a plan in front of them."

"It's been so uncertain for them. We get going then this happens and this happens. I think some consistency and just a practice schedule will be very comforting to them, give them some normalcy. There's a hunger on the team that's fun to be around," he continued.

There will be no fans allowed at any Pac-12 games taking place on their schools' campuses until at least January 2021, according to the conference. Larry Scott did not rule out the possibility of 9 AM kickoffs during a Pac-12 media call since there will not be fans at games this season.

University of Oregon president Mike Schill made it clear during the call that if there is an outbreak of coronavirus cases on Pac-12 campuses that the presidents won't hesitate on pausing workouts or entirely pulling the plug.

"What I told them the other day is that if we get going, I apologize, but we're going to have to name starters at a point probably before we would be ready to," Rolovich said of the compressed timeline. "You've got to understand that this will be an evolving season where you've got to keep getting better. You talk about installs. Are you going to get everything in before the first game? What do you want to make sure you get good at and get in and continue to build throughout the season. It's definitely a different approach and a challenge."

The Pac-12 also announced that their basketball teams will be permitted to begin playing games on Nov. 25. That is the date the NCAA has stated that all basketball play can begin.

The Pac-12 had previously said that it would not allow any of their teams to play until at least Jan. 1, 2021.