Hawaii's Nick Rolovich will be the next WSU head football coach 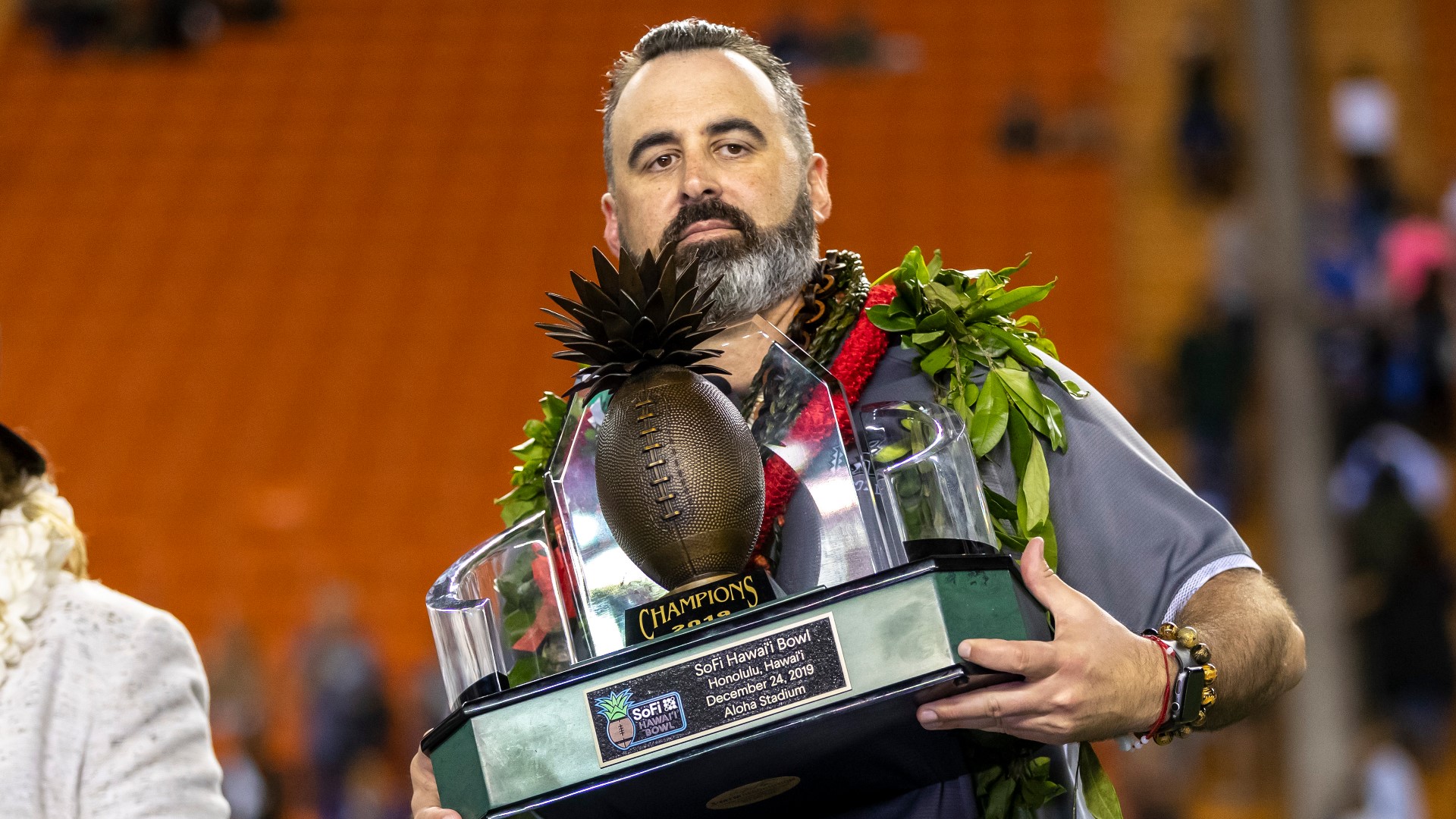 The Athletic's Bruce Feldman first reported that Hawaii's Nick Rolovich will be the next head coach of the WSU football team.

There had been whispers about Rolovich being the leading man in WSU's search over the past few days.

He was hired by Hawaii in December of 2015 to be their head coach, and was Nevada's offensive coordinator before that.

Last year, the Warriors finished with a 10-5 record. The team also made the Mountain West championship game, falling to Boise State. They won their bowl game against BYU, 28-24.

At Hawaii, Rolovich used a run and shoot offense that amassed over 7,000 yards last season. The squad averaged 337 passing yards per game and 144 rushing yards per contest, averaging 471 offensive yards per game in total. Hawaii had the fifth best passing offense in the country last year.

Hawaii's AD confirmed the move, saying via the Hawaii football twitter account, "Nick called me tonight to inform me that he accepted the Washington State job. Our football program is in a better place today because of Nick and we wish him all the best. Our search for our next head coach begins immediately."

The zany moments in Pullman may also continue, as Rolovich is known to be a little off center like Mike Leach. For example, he brought a tarot card reader to Mountain West media day last season.

RELATED: 'Once a Coug, always a Coug': Mike Leach says he is grateful for 8 years at WSU