Pritchard is the first player in program history and the second player ever from the Pac-12 to win the Bob Cousy Award. 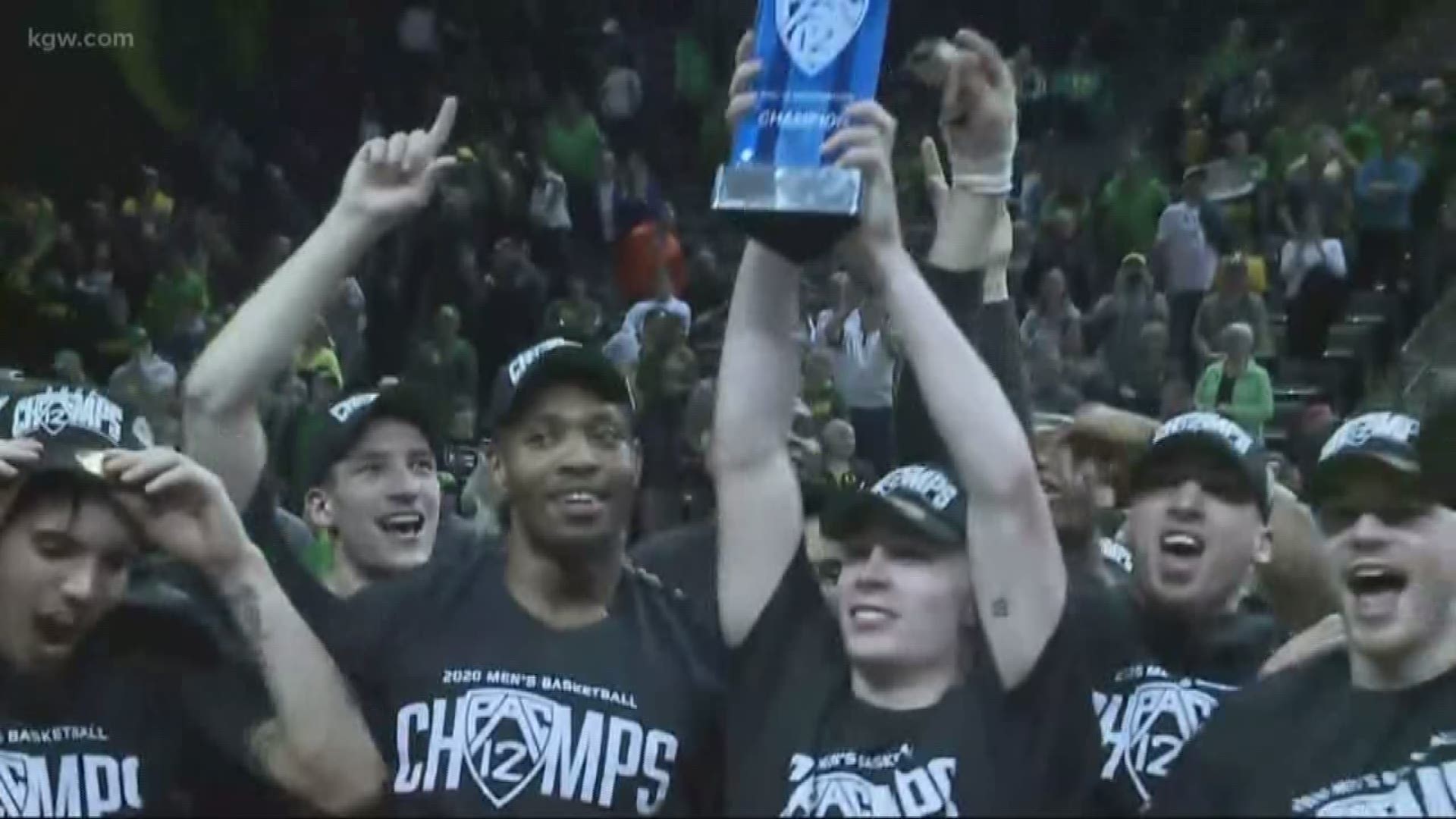 Pritchard is the first player in program history and the second player ever from the Pac-12 to win it.

"It kind of just goes down to all the hard work I've done and it shows that it's paid off," said Pritchard. "We've had a tremendous year, winning the Pac-12 regular season and to lead this team, make big plays and win awards like that, it's been a special year."

The man from West Linn ends his career at Oregon as the program's first consensus All-American in 80 years.

He's turning his focus to the NBA Draft.  As he prepares for the next level, Pritchard is posting videos of his workouts to social media.

"Obviously there's no sports right now and people want to see things, so I think this is the perfect time to show people what I'm doing."

Pritchard is showing what his days are like at a time when basketball isn't being played. From running uphill to pre-workout smoothies, he's posting a variety of clips, but his dribbling routine went viral.  His "figure 8" video on Twitter alone, has reached more than half a million views.

"People loved it. Had I known that, I probably would have put that out a long long time ago. I've been doing that for years," said Pritchard.

The clip inspired others to give it a shot and put their ball handling skills to the test. Kids and adults have shared their rendition of the ball-handling routine with Pritchard.

"I loved it, I mean, that was great.  Seeing people interact and try something outside their comfort zone or might not be that great at was awesome. I've been trying to interact and respond back when people post things. It's been a lot of fun."

The 2020 NBA Draft is scheduled for June 25. Most mock drafts project Pritchard to be selected late in the second round.

RELATED: From West Linn to Eugene, Payton Pritchard cements his legacy as one of Oregon's all-time greats