Portland Timbers back at Providence Park with changes due to pandemic 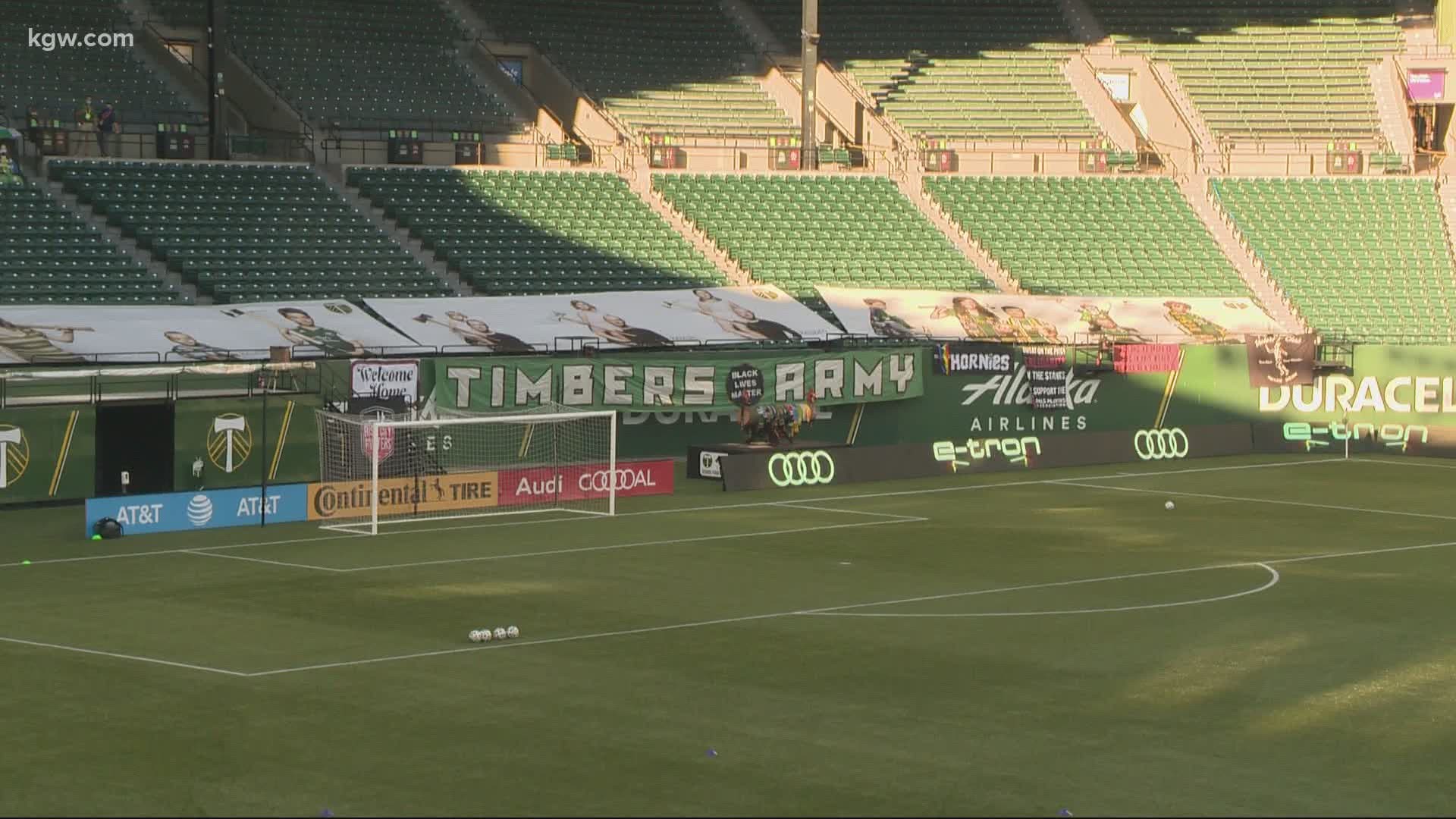 PORTLAND, Ore. — The Portland Timbers played in Providence Park Sunday night for the first time since before the pandemic, but things aren't back to normal.

This season, all Timbers matches at Providence Park will be played without fans.

Mike Golub, Portland Timbers president of business, says that's just one of many new protocols that have been in the works for months to keep everybody safe as Major League Soccer resumes.

"Everybody who is in the stadium who has any contact with the players has been tested multiple times a week," explained Golub, "Everybody gets temperature checks. There is social distancing throughout the stadium."

Those new rules don't just apply to home games. Depending on where games were in the country, Golub says, the Timbers sometimes used to arrive at the host city a day or two before the match. "Under this new world we are in, we are going in day of and actually leaving the same day after the game."

Despite navigating a new world, Golub says it's good to be playing at home again."Everybody in all walks of life, in their respective lives, are experiencing new ways of doing things, and it's no different here at Providence Park," said Golub, "We long to welcome fans back to the stadium, whenever that might be, but in the meantime it's certainly good to have the team back and games being played here, even though it's under a different set of circumstances."

Sunday night, in their first home match since March 8, the Timbers lost 3-0 to Seattle Sounders FC. The Timbers play their first road contest of the season  Wednesday against the San Jose Earthquakes.

While fans will not yet allowed back in Providence Park, at the teams' and players' request their chants will be played at the stadium throughout each and every home game.