Portland Thorns excited to be the first to resume play

The Thorns kick off their season on Saturday, before other professional sports leagues such as the NBA and Major League Baseball. 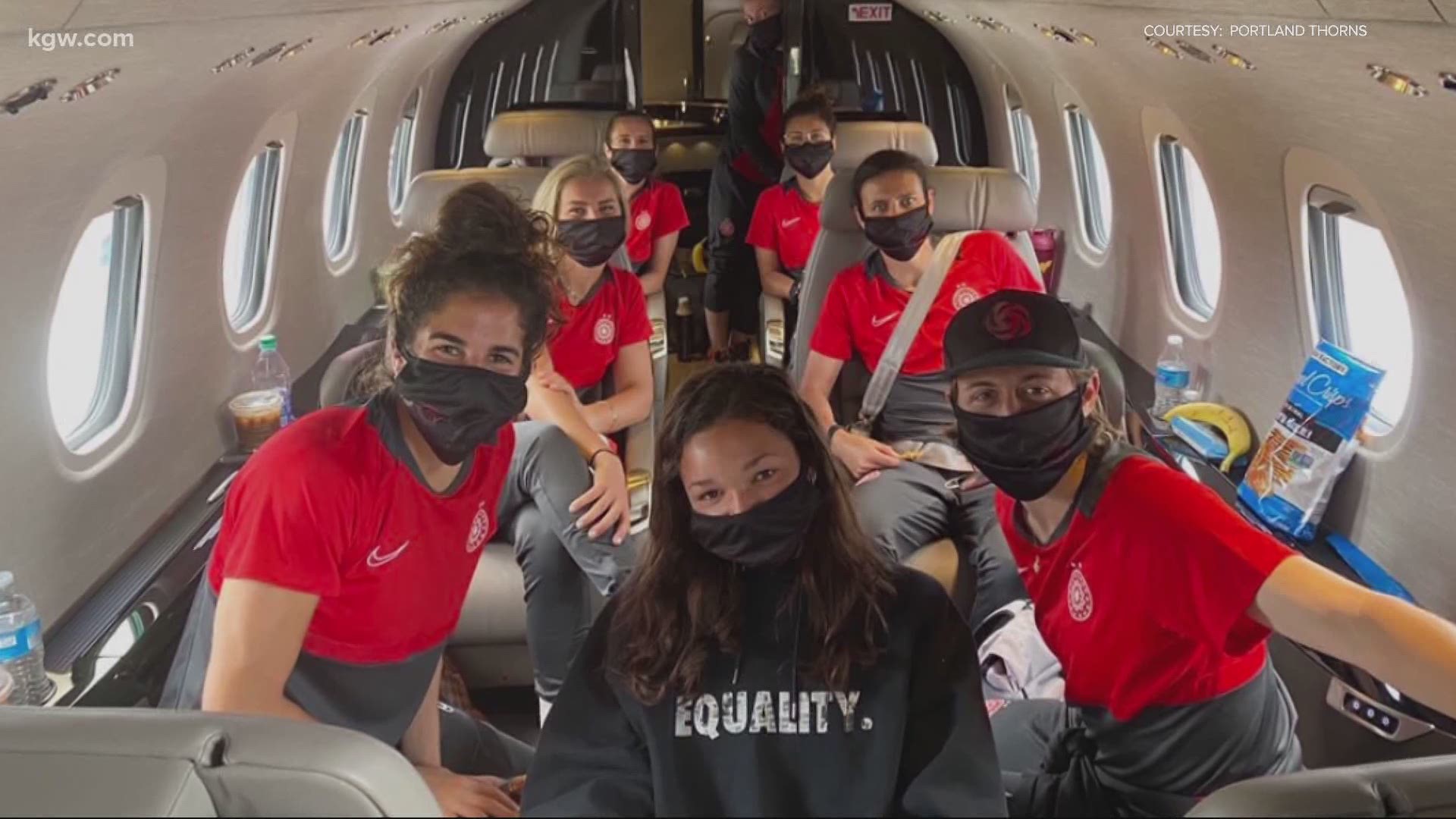 PORTLAND, Ore. — It won't be the NBA or Major League Baseball to be the first team sports league in the United States to resume play. The National Women's Soccer League will be first.

The Thorns are in Utah, just outside of Salt Lake City, where they'll live and play in a month-long tournament.

"Landing here in Utah, like this is actually happening? Which is crazy.  The first game is against North Carolina, so it's going to be a wild game," said Thorns midfielder Lindsey Horan. "Something that I've missed so much is that competitive feeling.  It's so exciting for both teams and the league in general."

Eight of the league's nine teams are participating in the Challenge Cup. The Orlando Pride withdrew from the tournament after multiple players tested positive for COVID-19.

Players were given the choice to opt out of the tournament. Thorns star Tobin Heath was among some of the U.S. Women's National Team players that won't be playing in the tournament.

"Although I want to be on the field with my teammates doing what I love, because of the uncertainty and risks created by COVID-19, I have chosen not to participate in the NWSL Challenge Cup,” Heath said in a release from the team. “I can’t even express how much I am looking forward to my next game in Providence Park.”

Horan will play in the event, but she says it was a difficult decision to make.

"At the beginning, I wasn't the most positive about it, to be honest.  It was hard wrapping my head around this, given what was going on with the rest of the world.  It's hard to sit here, to be selfish and be a soccer player and just say I want to play and I don't care. I think that's why it was difficult for a lot of players," said Horan.  "With everything they've done and the NWSL has tried to do and Portland in general, I feel put us in the best place possible. Health and safety, getting here and what we have available to us, so I think that made it easier."

The Thorns will play in front of a national audience when they take the pitch on Saturday, becoming the first professional team sports league in the US to resume play.

"This is going to be huge. I'm positive about it. I think it's great for the NWSL and our fans around the U.S. get to watch us again on CBS. I think that's exciting and I hope people can look at it in a good way," said Horan. "It hasn't really been put out there enough.   think there's a lot of social [media] handles that just have not said the NWSL is the first league back, but have talked about all these other leagues besides us. That's really frustrating."

The opportunity to get back out there with the team, compete and play a match is something Horan has been missing for a long time.

"For us players this is our lives, our passion, so I know we are so grateful to have that back and we have a chance to play a game this weekend and this tournament, so it's really exciting.  It's been hard not having that."