“In our Portland Parks and Recreation system there are no designated pickleball courts, so we have to go to Lake Oswego, Oregon City and Vancouver." 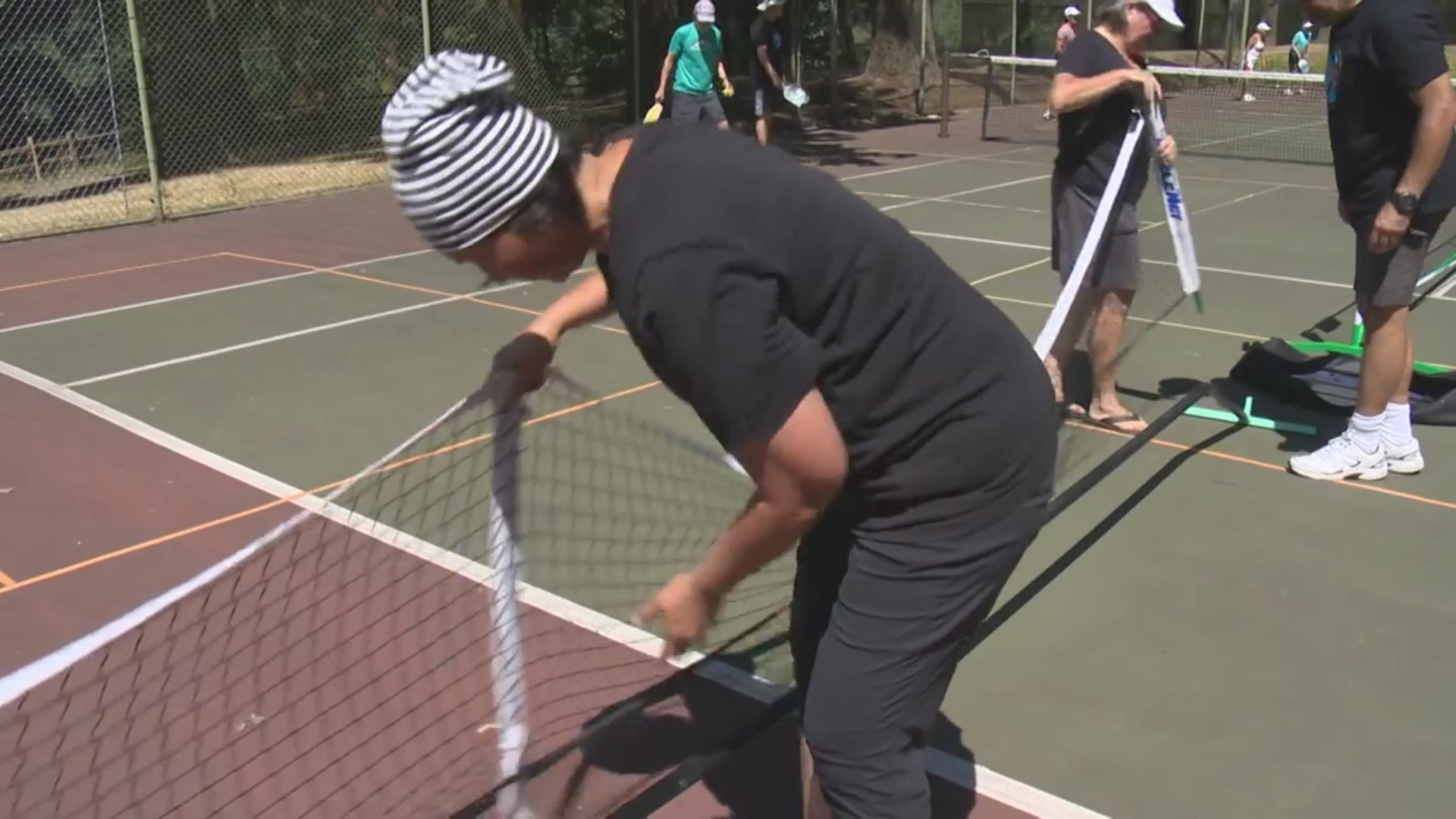 It’s evidence of what these players will tell you is the fastest growing sport in the country.

The combination of tennis, ping pong and badminton was invented in 1965 by three dads on Bainbridge Island, looking for a way to entertain their kids.

“You can play slow or fast, meaning an 80-year-old can hold their own on a court with a teenager,” said Nisa Haron, a volunteer ambassador in Portland for the USA Pickleball Association.

“I started playing pickleball in Malaysia, then in Singapore and now we need it in Sellwood,” she added.

Haron and other members of PDX Pickleball have come up with a plan for permanent courts.

“In our Portland Parks and Recreation system there are no designated pickleball courts, so we have to go to Lake Oswego, Oregon City and Vancouver where those communities have installed beautiful courts,” Susie Hunt-Moran explained.

RELATED: Pickleball, the country’s fastest growing sport, is also popular in this jail

“These are courts no one plays tennis on anymore. The cracks make it too dangerous. We could put eight pickleball courts here, which means you could get 32 people exercising at one time instead of eight players on two tennis courts,” said Hunt-Moran.

Not only is PDX Pickleball serving up a plan, they’re also offering Portland Parks and Recreation the money.

“We have $25,000 in a Memorial Fund for Loretta Gallivan. She would drive from Northeast Portland to Sellwood most days of the week to play the game she loved,” said Cathy Owen, another member of PDX Pickleball.

The club has contacted the nonprofit Northwest Veterans Fund about resurfacing the space.

The pickleballers have also set up a meeting with Portland Parks and Recreation later this month.

They’ll outline their plan and share their findings of a study they did about court usage at Sellwood Park.

In a six-week period the group says the courts were used by 691 pickleball players, compared with 24 tennis players.

The ball is now in the city’s court and any successful pickleball player knows the game relies on strategy, which includes patience and finesse.

It's an approach members will need as the PDX Pickleball Club tries to win approval for their plan from Portland’s Parks and Recreation.