Pritchard was the Pac-12 Player of the Year his senior season at Oregon. At West Linn High School, he was named the state player of the year three times. 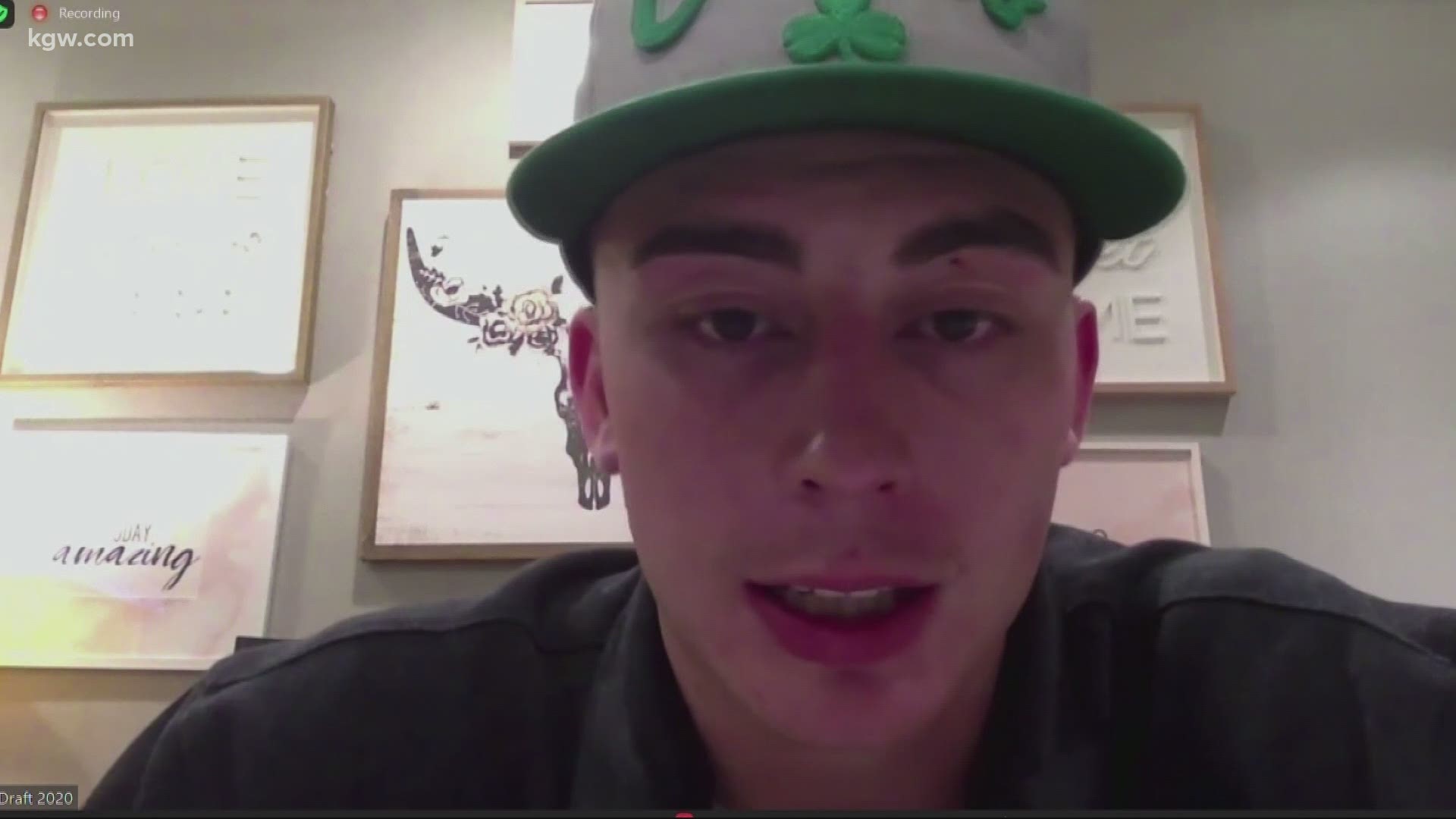 PORTLAND, Ore. — University of Oregon and West Linn High School basketball star Payton Pritchard is officially heading to the NBA. Pritchard was selected by the Boston Celtics with the 26th overall pick in the first round of Wednesday night’s NBA draft.

Pritchard was last seen on the hardwood playing for the Ducks in early March before the NCAA season was forced to end early due to the COVID-19 pandemic. During his senior season, Pritchard averaged 20.5 points, 5.5 assists and 4.3 rebounds per game. He was a first-team All-American, named the Pac-12 Player of the Year and won the Bob Cousy Award, given to the best point guard in college basketball.

Pritchard, as a freshman, was a key starter on the Oregon Ducks team that reached the NCAA Tournament Final Four in 2017.

Prior to his stardom at the collegiate level, Pritchard was the best high school player in Oregon. He led the West Linn Lions to four straight state championships and was named the state player of the year three times.

The moment his dreams came true 🏀🙌