No one knows if there will be a college football season or what it will look like. But Mario Cristobal and Jonathan Smith are preparing for whatever lies ahead. 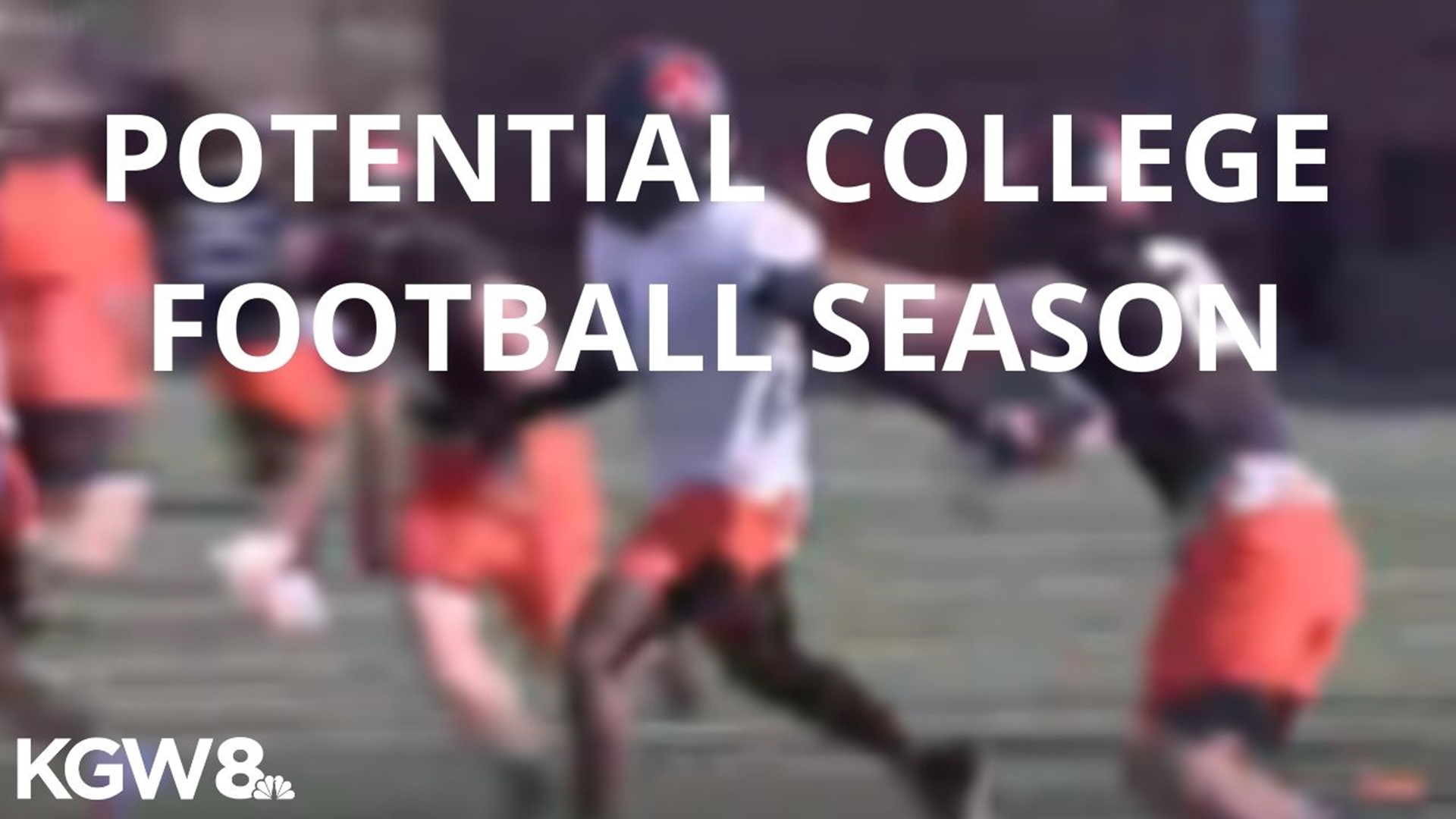 PORTLAND, Ore. — The Pac-12 Conference wrapped up a series of webinars with its head football coaches. They tackled a variety of topics centered around planning for the upcoming season filled with many unknowns.

No one knows if there will be a college football season or what it will look like, but Oregon State head coach Jonathan Smith and Oregon head coach Mario Cristobal remain optimistic.

"There's going to be a light at the end of the tunnel. We don't know how long exactly this tunnel is that we're in, but we're going to get a chance play," said Smith. "When we do get them back [the players], we want to do it safely and properly. The unknown is what it is and we're working through that."

"At some point in time, that ball is going to be teed up and we're going to play ball," said Cristobal. "The team that handles this the best is probably going to have the best chance to have a successful season. Those changes are something we look forward to in a positive way. Whatever is thrown our way, we'll deal with it."

This time of year is normally when teams would be getting ready for summer workouts.  As information and safety guidelines change, coaches are calling audibles and preparing for all kinds of situations, whether it be a season that starts later, playing less games, changes in dates or locations.

"There are some unbelievably great ideas and there's a lot of tentative planning that goes on. A lot of hypotheticals," said Cristobal.  "Sometimes it moves from plan A to plan B in hours."

Most coaches say six weeks is the amount of time necessary for players to be ready to play games. Beyond the workouts and the X's and O's, the relationships with each other are just as important.

"When we all separated, the guys missed each other the most," said Smith. "They love ball and they want to learn it and be in school, but they miss the interactions."

Whenever football comes back, both coaches say it is deeper than a game and it impacts the community.

"This game means a lot to me and a lot of Oregonians and Oregon State fans. There's no question it's disappointing for this season to be affected," said Smith.

"People are affected, lives are affected from the student-athletes to local businesses.  You name it, the mental health of so many people," said Cristobal. "I don't think anyone is taking this lightly."