Let's Get Out There: Exploring the Tryon Creek State Natural Area

You don't have to go far outside the Portland to find an escape. The park is about 650 acres square miles and is tucked between Southeast Portland and Lake Oswego. 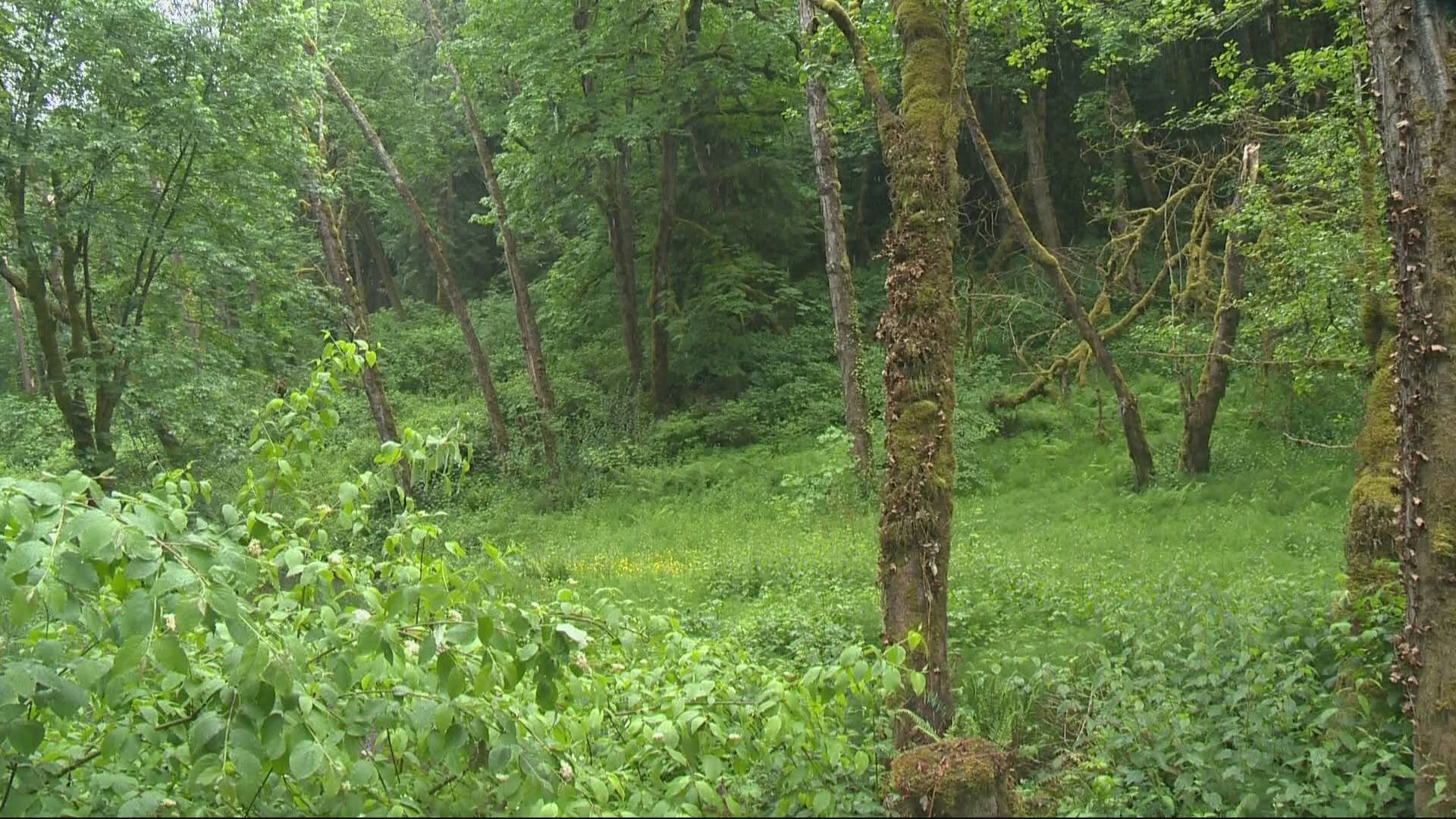 PORTLAND, Ore. — KGW is launching a new series called Let's Get Out There. It's all about highlighting Oregon and Washington's outdoors and the fun activities we have in the place we call home.

You don't have to go all the way outside of Portland to get into the woods. For a getaway in the city, check out Tryon Creek State Natural Area.

“I grew up in the neighborhood, and was born and raised close by. I came down here as a little kid, and now I get to work here,” said Park Ranger Dan Quigley.

The park is about 650 acres, or one square mile, tucked in between Southeast Portland and Lake Oswego. Quigley is one of three rangers who manage the Tyron Creek area. It’s great for hiking, jogging and more.

There are 13 miles of trail, some of it pretty rugged. Five of those miles are equestrian trails.

The Trillium Loop is a short, figure-8 shaped path branching right off the parking lot. It’s a paved trail for all abilities to enjoy.

“It is so close to where people live, it can be kind of a destination park. For some folks, it’s their weekend place, and for a lot of people it's a weekday, everyday sort of park,” said Cailin O’Brien-Feeney, director of Oregon’s Office of Outdoor Recreation. “Oregon's blessed in that more than half of the state is public land, which means that most places, literally, you know are open space.”

In fact, 51% of the state is public land, really lending itself to exploration. But no matter how close to home you are, make sure you’re prepared before you go.

“Absolutely get out there and enjoy, it just might take a little bit more planning ahead this year to make sure that the place that you're interested in seeing isn't going to be crowded or full or have new rules that you have to take into consideration,” said O’Brien-Feeney.

“What that shows is across the state…the state and federal public lands that are open or closed, due largely to wildfire at this point and so that's, along with some other trip planning information,” he added.

With those wildfires in mind, the recent rain has been a welcome sight. As summer approaches, remember to pace yourself.

“Obey the signs that are posted, stay on designated trails, stay out of the creek--- so we can keep this place looking like it should,” said Quigley. “And just be beautiful for the people to visit and the animals to enjoy.”

“One of the real bright spots to me over the last year was that many people discovered or rediscovered a joy for being outside,” O’Brien-Feeney said.

Let's Get Out there will air once a week on KGW's 4 p.m. newscast and The Good Stuff, which airs at 7 p.m. We'll be including viewers photos for this series. You can text your photos to 503-226-5088 or post them on the KGW Facebook page.

RELATED: Where you can and cannot go outside this weekend