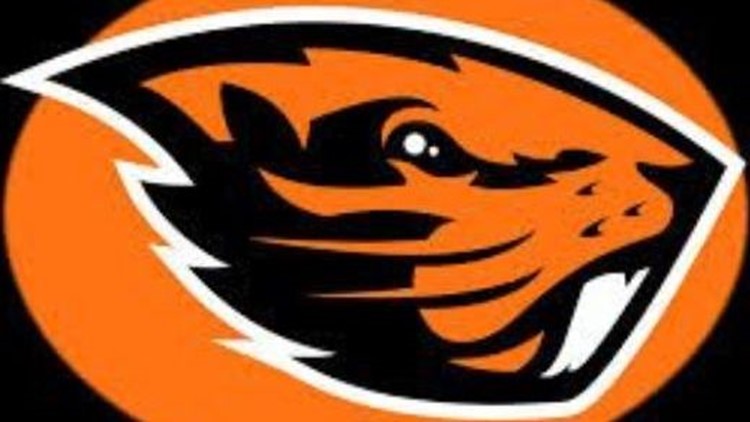 Jake Luton passed for 255 yards and four touchdowns, leading Oregon State to a 45-7 victory over Cal Poly on Saturday at Reser Stadium.

Luton, who was coming off a subpar performance in last Saturday's 31-28 loss at Hawaii, was on target from the outset against the Mustangs. The sixth-year senior completed 17 of 22 passes.

The win snapped a six-game losing streak for the Beavers (1-2).

Luton threw all four of his touchdown passes in the first half, including 47- and 75-yard strikes to diminutive wide receiver Champ Flemings. He played one series in the third quarter before giving way to backup quarterback Tristan Gebbia.

OSU sophomore running back Jermar Jefferson, who came into the game ninth nationally in rushing (127 yards per game), did not play due to a foot injury. B.J. Baylor led the Beavers ground game with 101 yards on seven carries, including a 74-yard scamper in the third quarter. Artavis Pierce got the start and added 90 yards on 12 carries.

The Beavers did a solid job defending Cal Poly's triple option, holding the Mustangs to 315 total yards. Cal Poly averaged 467.5 yards and 38 points in its first two games, albeit against lower-division competition. OSU sacked quarterback Jalen Hamler three times and recovered a fumble on one of the sacks.

Duy Tran-Sampson led the Mustangs with 137 yards on 29 carries.

OSU took the opening kickoff and marched 74 yards in six plays, with Luton hitting Isaiah Hodgins for an 8-yard touchdown.

Cal Poly answered on its first possession. Hamler connected with wide receiver J.J. Koski on a 53-yard strike, setting up an 8-yard touchdown pass to running back Xavier Moore.

Hodgins' 11-yard touchdown reception on the ensuing possession put the Beavers back in front at 14-7 with 5:39 left in the first quarter.

OSU increased its lead to 21-7 late in the first quarter on Baylor's 6-yard run. On the final play of the opening quarter, linebacker Hamilcar Rashed Jr. sacked Hamler and forced a fumble that was recovered by linebacker Omar Speights at the Mustangs' 21-yard line. That led to a 26-yard field goal by Jordan Choukair.

Flemings' 47-yard touchdown reception increased the lead to 31-7 late in the second quarter, and the diminutive On sophomore got past Cal Poly's secondary for a 75-yard touchdown catch with 21 seconds left in the first half to give the Beavers a 38-7 lead at the break.

OSU, which amassed 549 total yards, played reserves most of the second half.

It was the first meeting between OSU and Cal Poly.

Oregon State: The Beavers dominated an FBS opponent, but they're about to find out if they can compete on a consistent basis against Pac-12 teams. OSU is 1-17 the last two seasons in conference play. . Flemings, the smallest player on OSU's roster at 5-foot-5, 141 pounds, scored the first touchdown of his college career in the second quarter. . Gebbia threw a third-quarter interception for the Beavers' first turnover of the season. . Senior wide receiver Trevon Bradford (foot), who had 56 catches in 2018, has yet to play this season. . In addition to Jefferson, the Beavers had an assortment of players out with injuries including sophomore safety David Morris (foot), sophomore wide receiver Tyjon Lindsey (leg), junior center Nathan Eldridge (ankle), senior defensive end Jordan Whitltey (knee) and sophomore linebacker Matthew Tago (knee). . Sophomore linebacker Addison Gumbs (knee) is out for the remainder of the season. . Former OSU catcher Adley Rutschman, the No. 1 overall selection in the 2019 Major League Baseball Draft by the Baltimore Orioles, was at the game.

Cal Poly:  Cal Poly's only other game against an active Pac-12 school was against Arizona State in 2015, a 35-21 loss. . The Mustangs' coaching staff has several ties to the state of Oregon beginning with head coach Tim Walsh, who was head coach at Portland State from 1993-2006 compiling a record of 90-68 with four FCS playoff berths. . Offensive coordinator Jim Craft also coached at Portland State. . Wide receivers coach and special teams coordinator Dan Ferrigno was special teams coordinator at Oregon State from 1987-95. . Aristotle Thompson, who coaches slot backs and fullbacks, was an assistant coach at Eastern Oregon and Grant High School in Portland.

Cal Poly will be at Southern Utah on Sept. 28.

Oregon State hosts Stanford on Sept. 28 in its Pac-12 opener.