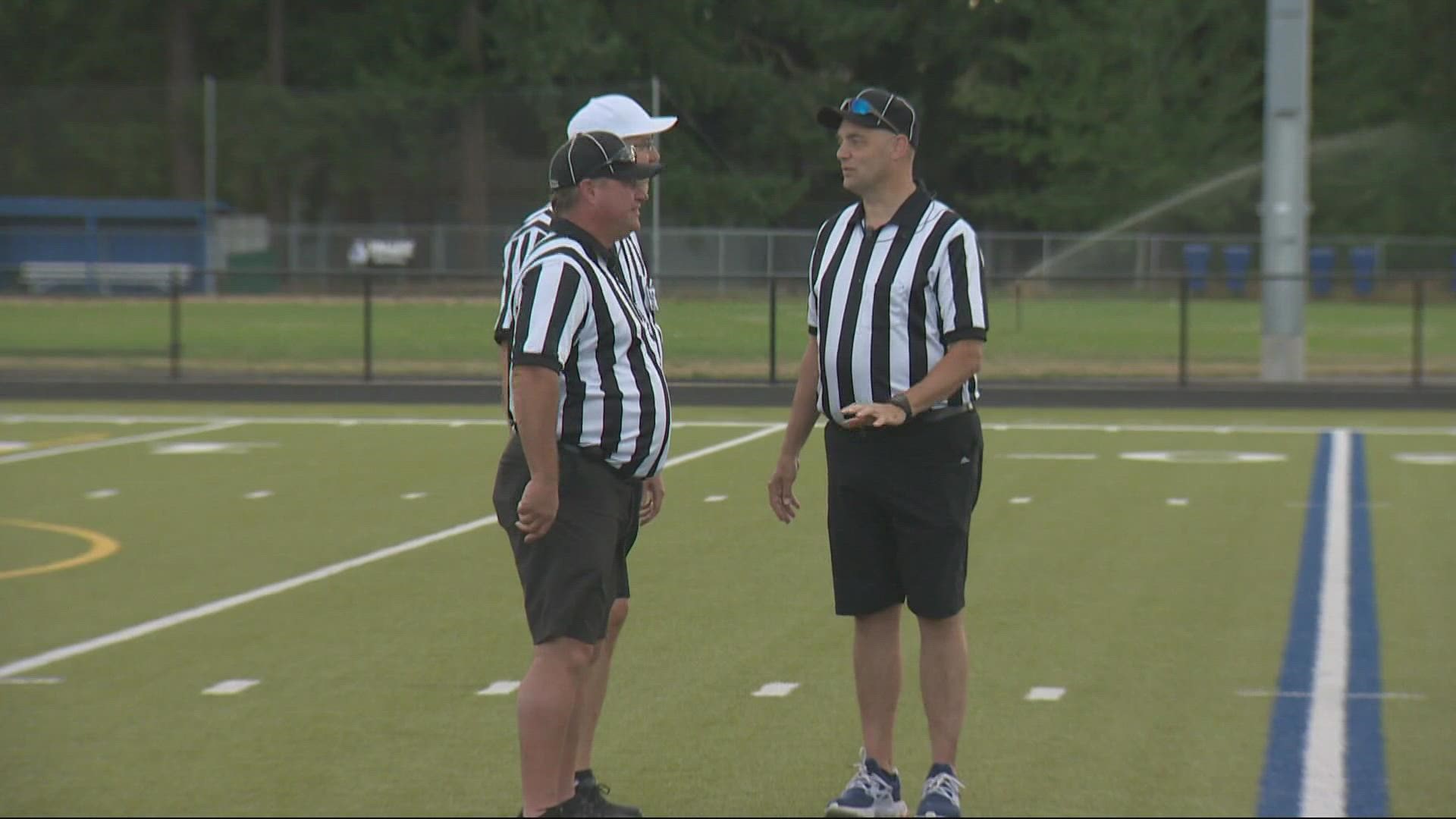 PORTLAND, Ore. — High school sports face an uncertain future in Oregon as the state deals with a growing shortage of officials, according to numbers from the Oregon School Activities Association (OSAA).

The OSAA reports that across all sports there were 2,500 registered officials in 2020-2021, a 26% decrease from the previous year and nearly half as many as a decade ago. Data provided to KGW shows the number of registered officials was already on a steady decline over the last decade, but the pandemic accelerated the process. There are 42% fewer officials this season than the 2010-2011 season, when the state had more than 4,400 registered officials.

There were various reasons for the steep drop in numbers this year, but according to the Oregon Athletic Officials Association (OAOA) many opted out due to COVID-19 safety concerns. Since many who opted out were close to retirement, the pandemic also resulted in many early retirements. The OAOA is hoping that many who opted out will return this season, but it's too early to tell how many will.

Some are fearful that the shortage could have long-term consequences on the tradition of high school sports.

“It really would have a devastating impact if we had another year like last year,” said Jack Folliard, executive director of the OAOA. “Seasons would have to be shortened and that wouldn’t help.”

Oregon's high school football season was played in the spring, but that wasn’t the only irregularity during the 2020-21 school year. It became a common occurrence for schools to move varsity football games from their traditional Friday night times in order to accommodate the OAOA and the shortage.

“I can’t say a percentage, but I can say that [the shortage] needed a lot of attention,” said Wilsonville High School Athletic Director Dennis Burke. “We had to pay attention to details each week. What may have to move, and how do we get creative in terms of moving away from the traditional approach of scheduling games?”

Although the numbers this season could see an uptick with some officials returning, Folliard is not optimistic that this issue will be going away anytime soon. He says that getting back up to 3500 registered officials will be a sign of improvement, but the only realistic way to reach this number is a rapid influx of new officials.

The OSAA reports that there are currently 2,552 registered officials and the 38,651 scheduled games this year. Those interested in registering to become an official may do so here.