Once a Duck always a Duck: Outpouring of love, donations for former basketball player who lost her leg

"It kind of solidified how much I love Oregon," said Chloe Stiles. 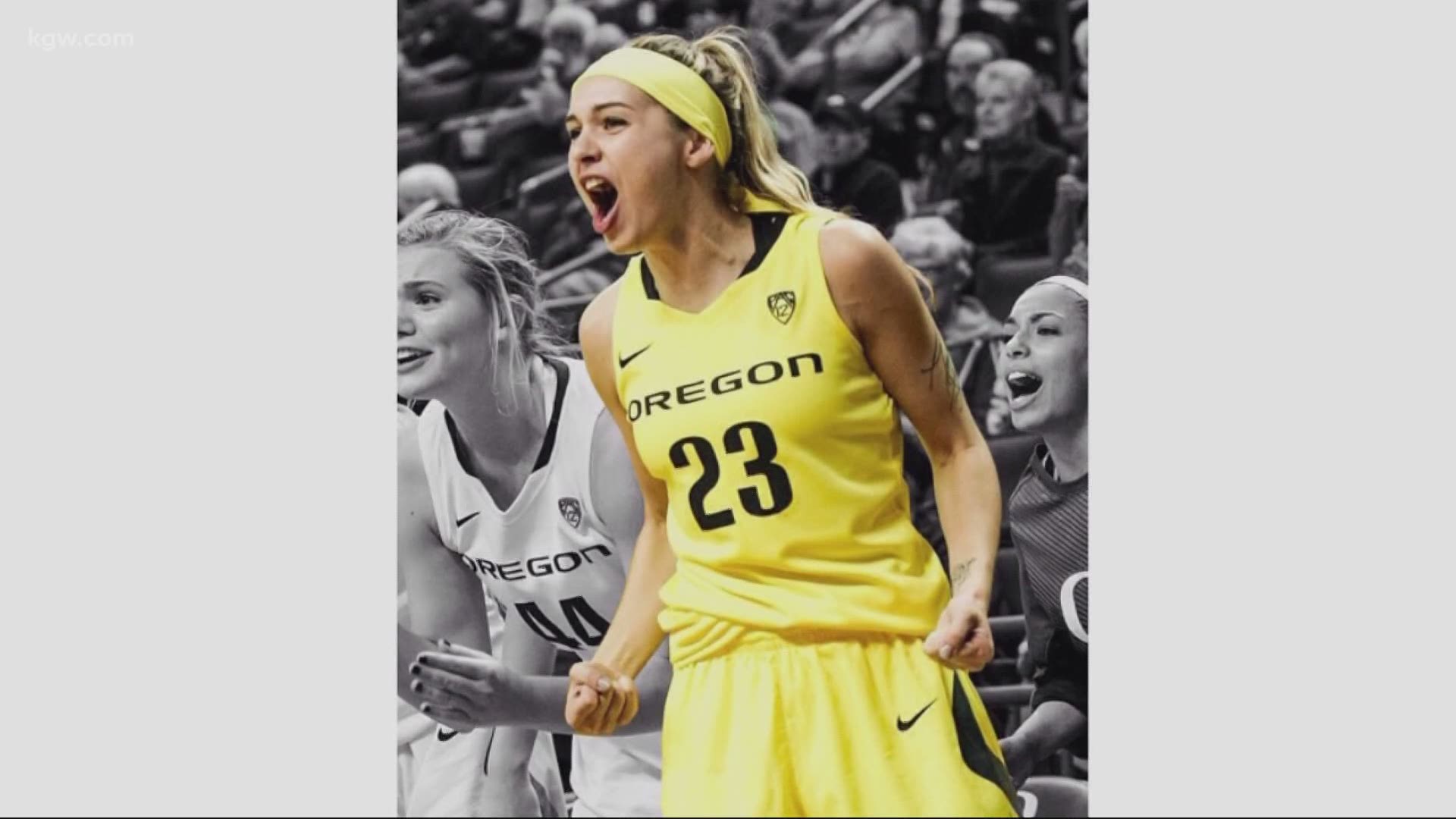 The voice of the Oregon Ducks, Jerry Allen was on the call when Chloe Stiles knocked down her first bucket with the Oregon women's basketball team during the 2012-2013 season.

That audio clip was saved to her mother's phone more than 7 years ago.

"It's just this happy little memory that I find on my phone every once in a while," said her mother Megan Dana.

A walk-on from Sheldon High School in Eugene, Stiles had a rocky ending with the Ducks, dismissed from the team.  It was the end of her college basketball career.  She got her degree and moved to California with her family.

"Not that long ago, I was a D1 athlete, now I don't have a leg," said Stiles. "It's still pretty crazy.  It doesn't totally feel real."

She was working at an adventure park when she fell off a zip line tower.  Stiles says it was from about 15 feet high.

"I just landed flat on my feet and shattered both my heel bones, nothing else happened."

"My heel bone was just like oatmeal. If I walked on it, my leg bones could just fall through."

There were complications with her left leg.  The pain became too much.

Doctors told her it was now or later.  Stiles made the call and on April 27, she had her left leg amputated below the knee.

"That was surgery number 12.   Hopefully, it will be done now," said Stiles.  "It's the new normal now, it's day three of new normal.  It's pretty crazy."

People immediately began reaching out to her.

"Some weird stuff was happening, a couple of people messaged me, I was like mom, I don't know how people are finding out.  She comes out of my room with an hour and a half long video with 140 people on it."

Oregon Ducks like Marcus Mariota, Sabrina Ionescu, Jerry Allen and Joey Harrington were among those who sent messages to her.

"I was very overwhelmed.  I can't believe how many people and how much support I had.  It was kind of a crappy ending with my basketball career, but Kelly Graves my coach was on it.  It kind of solidified how much I love Oregon," said Stiles.

"Just know that once a Duck, always a Duck," Graves said in his message. "You're going to be an inspiration to next year's team when I tell them your story."

The video was a big moment.

"To hear all of that support, I think that was kinda the turning point for you," her mother told Stiles.

At the same time, a friend started a GoFundMe page for her.  Stiles received the same outpouring of support with more than $13,000 in donations.

"I want to be able to say thank you to people for the video.  Thank you for the donations and just the support in general.  It's just amazing, it's unreal that people have come together this much," said Stiles.

"Her attitude has been much more of the little fighting Chloe that she's always been," said her mother Megan.  "My little 18-month-old used to tell me, 'I'll do it myself' and now here she is, saying, 'I can do this.'  It's like watching it all over again."

For more on how Stiles is doing or to donate visit her GoFundMe.

RELATED: NCAA allowing Division I schools to spend below minimum on scholarships