Oregon finishes the season with a 12-2 record, a Pac-12 championship and a Rose Bowl victory. 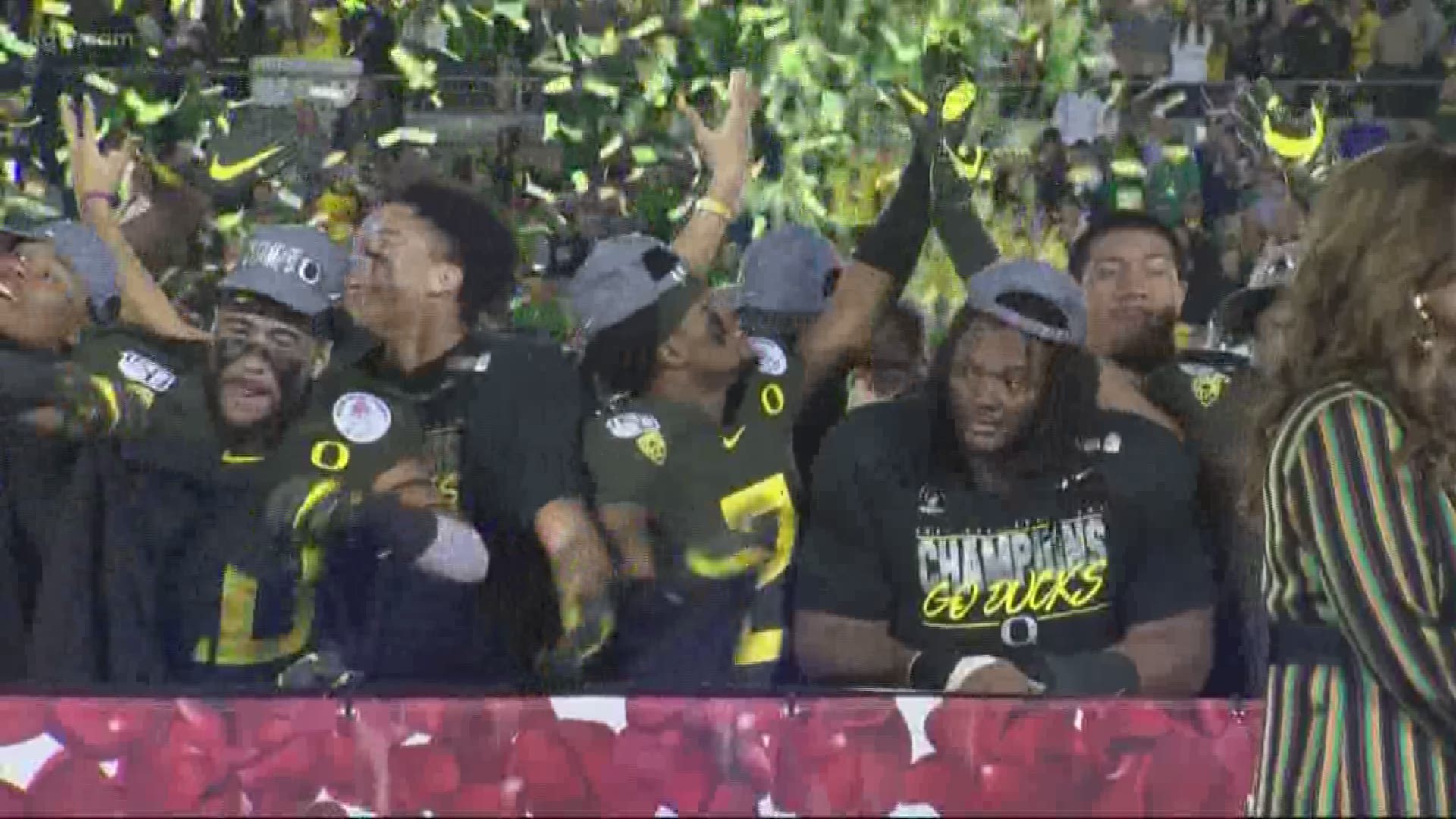 It wasn’t a pretty game for the Ducks offense, which amassed just 202 total yards, but Oregon’s defensive and special team units came up with momentum-swinging plays to pull off the victory.

Oregon’s most effective offensive possession was its first of the game. The Ducks opened with a 12-play, 75-yard drive capped off by a four-yard touchdown run by senior quarterback Justin Herbert, a surprising theme for the game.

Wisconsin, the runner-up in the Big Ten, answered right back. Aron Cruickshank returned the ensuing kickoff for a touchdown to tie the game at 7.

Herbert then threw an interception on the first play of Oregon’s next possession, which the Badgers were able to turn into a 44-yard field goal to go up 10-7.

The score remained 10-7 until midway through the second quarter. Oregon's Thomas Graham Jr. intercepted Wisconsin quarterback Jack Coan and returned it to Wisconsin’s 33-yard line. The Ducks were able to take advantage of the short field and Herbert ran in his second touchdown of the game, this one from five yards out, to give Oregon the lead 14-10 with just over three minutes left in the half.

Wisconsin didn’t settle, though. The Badgers went on an eight-play, 53-yard drive, ending with an 11-yard touchdown pass from Coan to Quintez Cephus to put Wisconsin up 17-14 at halftime.

After forcing Wisconsin to punt on their first drive of the second half, Oregon’s special teams came up with a big play of its own. Wisconsin punter Anthony Lotti, in the face of pressure, fumbled the football, which was picked up by Central Catholic High School alum Brady Breeze and returned 31 yards for a touchdown. The score put Oregon ahead 21-17. Breeze, who also forced a fumble and had 11 tackles, was named the Defensive MVP of the Rose Bowl.

Wisconsin, once again, answered by a scoring a touchdown and field goal on its next two drives to take a 27-21 lead with 12 minutes left in the game.

As Oregon’s offense continued to struggle, the Ducks defense stepped up and made its biggest play of the game, forcing a fumble in Wisconsin territory with just under eight minutes remaining.

It only took one play for the Ducks to make the Badgers pay. Herbert rushed for a 30-yard touchdown, his third of the game, to put Oregon ahead for good 28-27.

Herbert, the Sheldon High School grad who is expected to be a first-round pick in the NFL Draft this spring, completed 14 of 20 passes for just 138 yards and an interception. But his three rushing touchdowns were enough to be named the Offensive MVP of the Rose Bowl.

Oregon finishes the season with a 12-2 record, a Pac-12 championship and a Rose Bowl victory. It’s the fourth time in the last 10 years Wisconsin has lost in the Rose Bowl.

RELATED: Reporter's notebook: Oregon vs. Wisconsin in the Rose Bowl