While the Americans wore blue shirts and tights in a contrast to the red shirts and shorts of 2008, the result was the same. 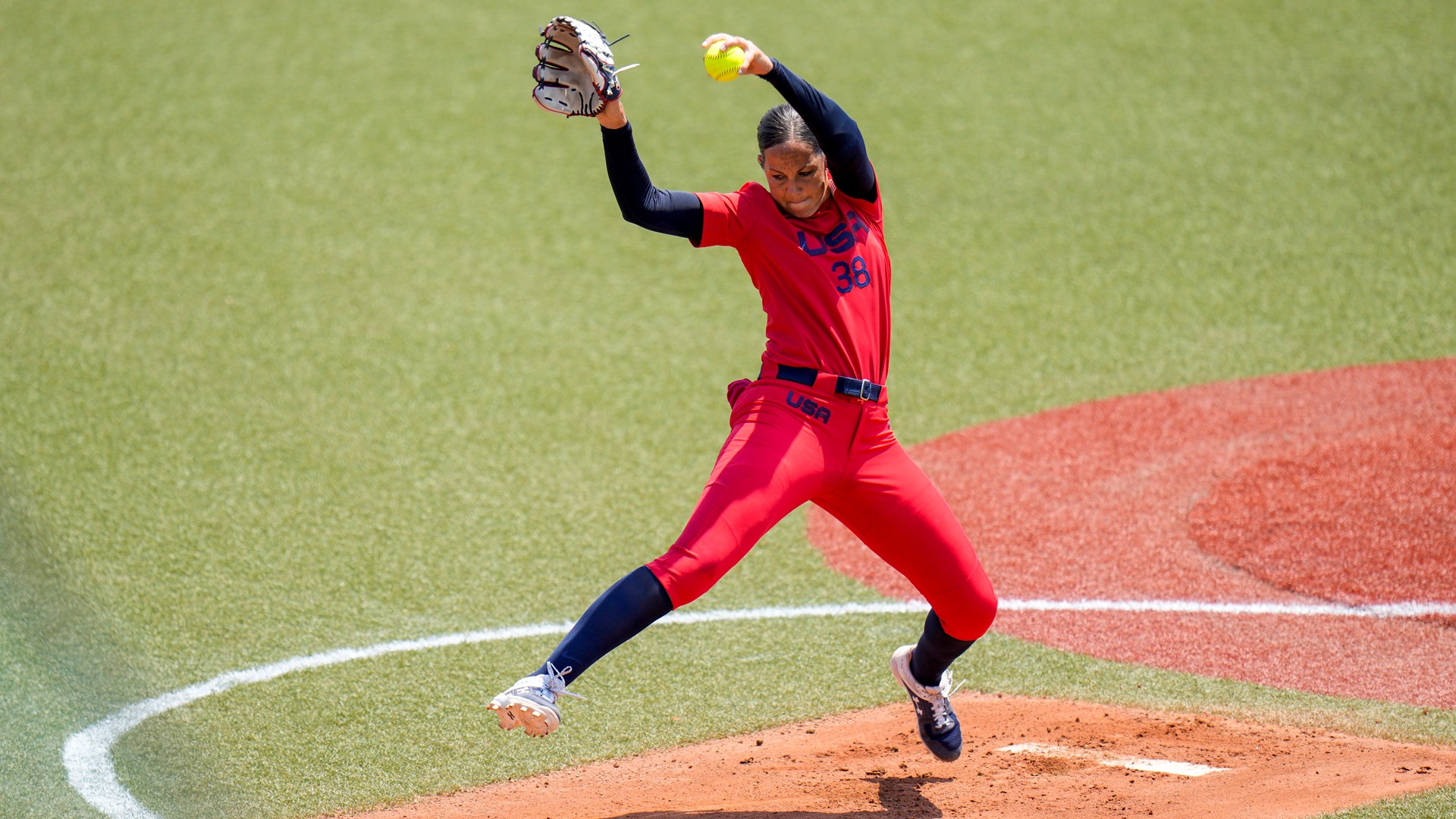 Japan won its second straight Olympic softball gold medal, beating the United States 2-0 Tuesday in an emotional repeat of their 2008 victory in Beijing that again left the Americans in tears.

Yukiko Ueno took a one-hitter into the sixth inning five days after her 39th birthday, and Japan snuffed out an American rally attempt with an acrobatic double play in the sixth inning that will long be replayed.

Goto dealt Hayley McCleney her first strikeout of the Olympics with a 69 mph pitch at the hands, allowed a single to Janie Reed.

With two on and one out, Amanda Chichester lined a rocket off the left wrist of third baseman Yu Yamatmoto. The ball ricocheted to perfectly positioned shortstop Mana Atsumi, who stuck out her glove for a backhand spear, then made a jump throw to second baseman Yuka Ichiguchi to double up Moultrie.

Reed then made a leaping catch at the left-field wall to rob Yamato Fujita of a two-run homer in the bottom half.

Ueno (2-0) re-entered the side in the seventh and retired the Americans in order, getting Delaney Spaulding on a foul out to the catcher that set off a celebration.

No. 9 batter Mana Atsumi had a run-scoring infield hit in the fourth inning and Fujita lined an RBI single off Monica Abbott in the fifth in building a 2-0 lead.

Ueno improved to 9-1 in her Olympic career, allowing two hits, striking out five and walking two. Reed tripled off the glove of Eri Yamada and the center-field wall with one out in the first. That was the closest the U.S. came to scoring.

Abbott, relieving a day before her 36th birthday, and 38-year-old U.S. starter Cat Osterman were the last holdovers from the U.S. team that lost to Japan 3-1 in a stinging upset 4,723 days earlier and 1,300 miles distant. Osterman gave up the first two runs of that game and Abbott the last.

While the Americans wore blue shirts and tights in a contrast to the red shirts and shorts of 2008, the result was the same: Japan won its second softball gold rather than the U.S. adding to its victories of 1996, 2000 and 2004.

Before 34,046 mostly empty seats Yokohama Stadium, second-ranked Japan pushed across the first earned runs off the top-ranked Americans in the six-game tournament. The U.S. offense sputtered as it did throughout the Olympics, totaling just nine runs.

Ueno allowed two hits, struck out five and walked two in six innings while combining with Goto on a three-hitter.

Osterman, who came out of retirement with the goal of adding a gold medal to the one she earned in 2004, allowed two hits in two scoreless innings. With six straight right-handed hitters due up in the third, U.S. coach Ken Eriksen replaced the left-hander with 28-year-old right-hander Ally Carda (0-1).

Fujita lined a single off the diving attempt of second baseman Ali Aguilar leading off the fourth, was sacrificed to second and took third on a comebacker.

Yuka Ichiguchi walked, and Eriksen went to the mound with Atsumi, the left-handed-hitting No. 9 batter, coming up. Carda stayed in, and and Atsumi hit a slow two-hopper to second and slid in ahead of Aguilar’s throw as Fujita scored.

Yu Yamamoto singled with two outs in the fifth, and Abbott came in and threw a wild pitch, then allowed Fujita to line a single into right for a 2-0 lead.