Kim Hill, who went to Portland Christian Schools, is one of the veterans on Team USA. 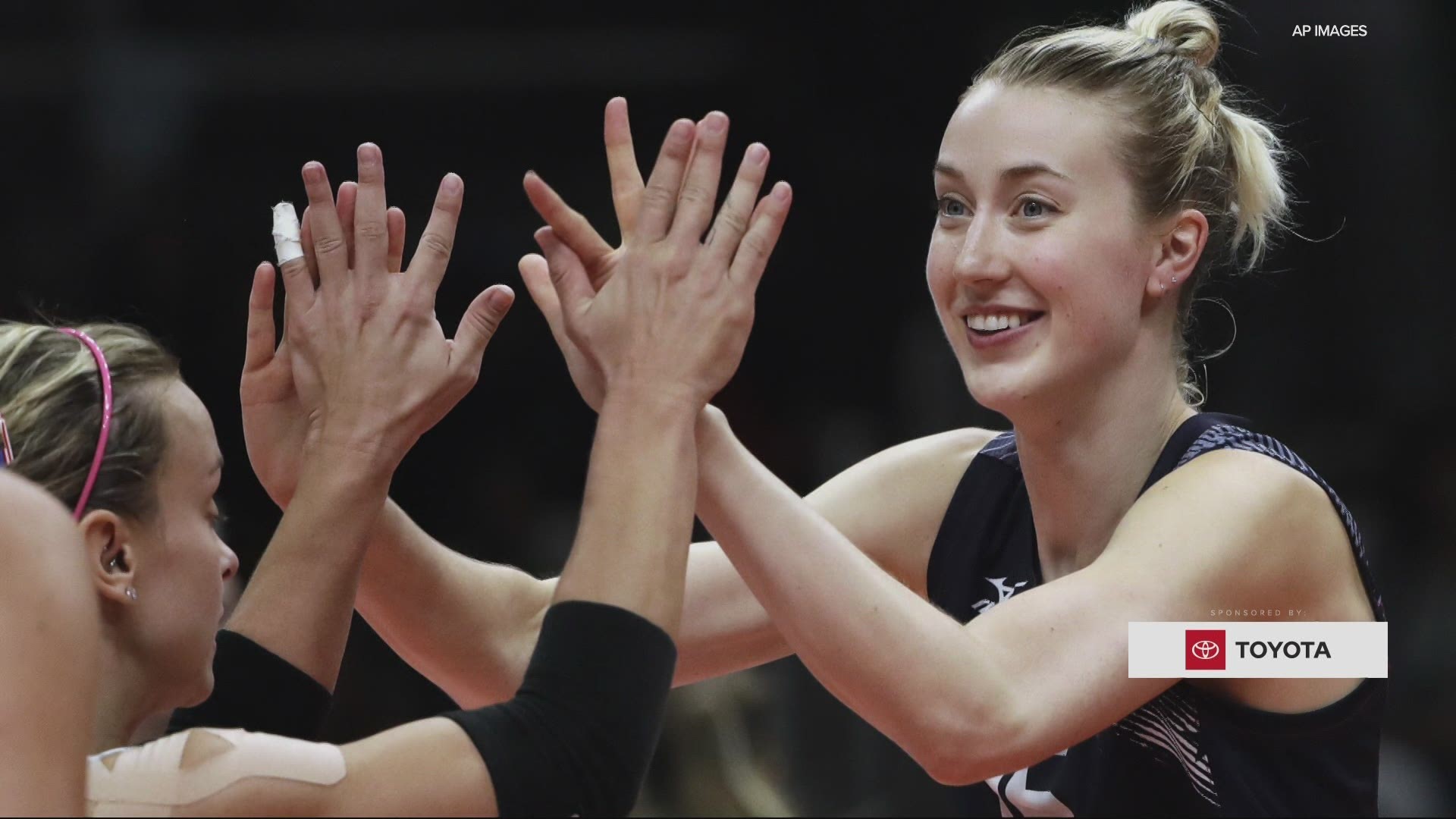 Portland native Kim Hill, who went to Portland Christian Schools, is one of the veterans on Team USA. She won bronze at the 2016 Olympics in Rio and this year marks her final Olympics appearance.

The U-S took the first set 29-27 after China fought back from 22-24. The teams traded back-to-back rallies before the Americans closed out 25-22 to up two sets to none. The match left the U.S. at the top of Pool B and China's softball team is hoping to win its first set of the tournament after two straight sweeps to open the Olympic Games.

Team USA is seeking their first gold medal in the sport after winning bronze in 2016 and silver in the two previous Games.