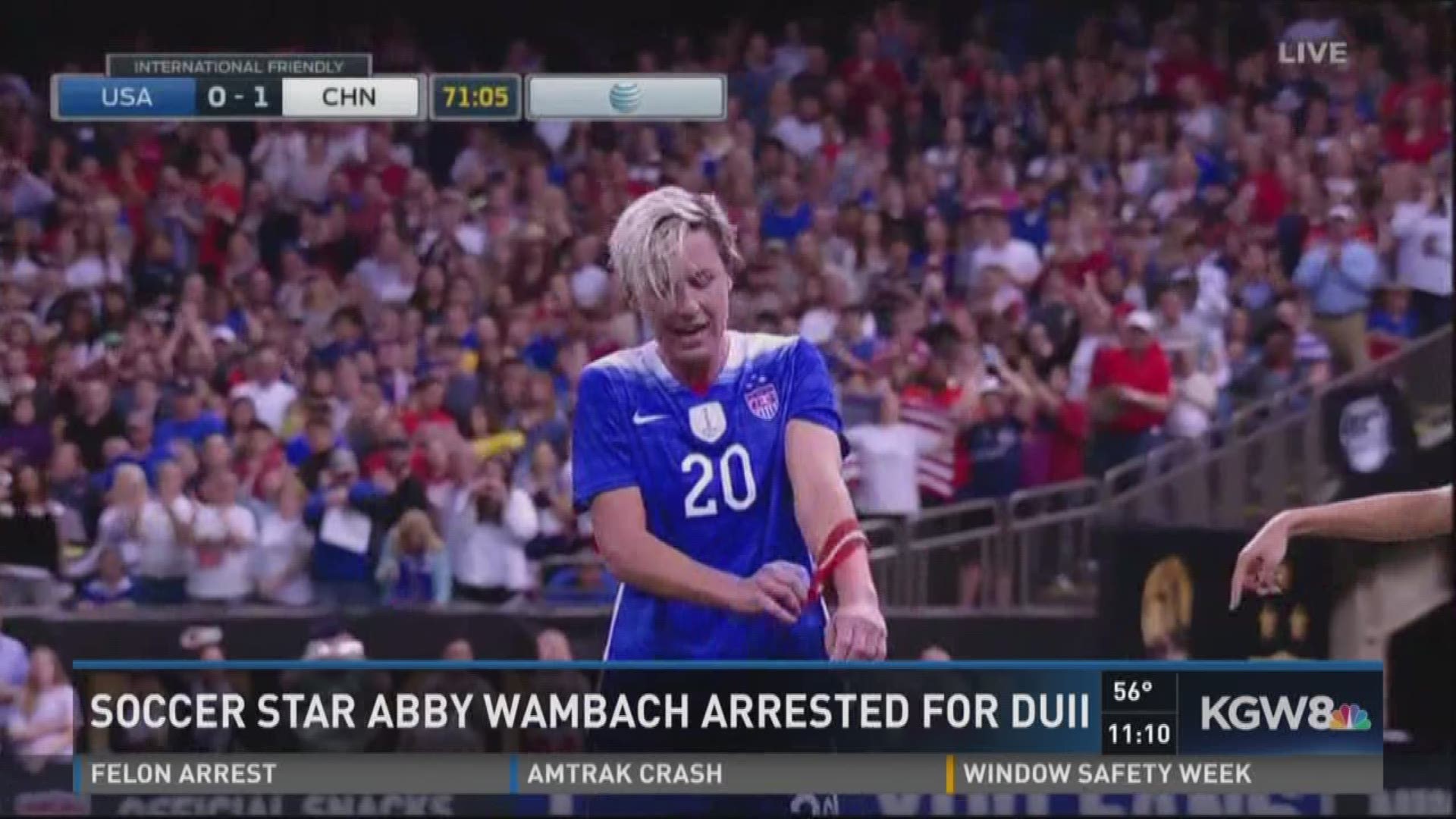 Police said a sergeant stopped a Range Rover after seeing the driver run a red light at Southwest 13th Avenue and Taylor Street just after 11 p.m. Saturday night. The driver, Wambach, showed signs she had been drinking, police said.

Wambach, 35, a two-time Olympic gold medalist, failed sobriety tests and later failed a breath test, according to police. She was booked into the Multnomah County Jail on a misdemeanor DUII charge and later released on her own recognizance.

"I take full responsibility for my actions. This is all on me. I promise that I will do whatever it takes to ensure that my horrible mistake is never repeated," she said. "I am so sorry to my family, friends, fans and those that look to follow a better example."

Last night I was arrested for DUII in Portland after dinner at a friend's house. Those that know me, know that I have...

Police said Wambach was polite and cooperative during the investigation.

Wambach, who lives in Portland, is the USA's all-time leading scorer in international play. She announced her retirement after the U.S. women’s soccer team won the World Cup last year.

One of Wambach's sponsors, MINI USA, said Sunday night it was withdrawing ads for the automobile that feature Wambach.

"This behavior is against the values we promote as an organization and the safety of everyone on the road is a priority here at MINI. Because of this, we are re-evaluating her association with the brand and are pulling content that individually features Abby from our marketing," the company said in a statement. "We will continue to assess the situation and weigh our options."